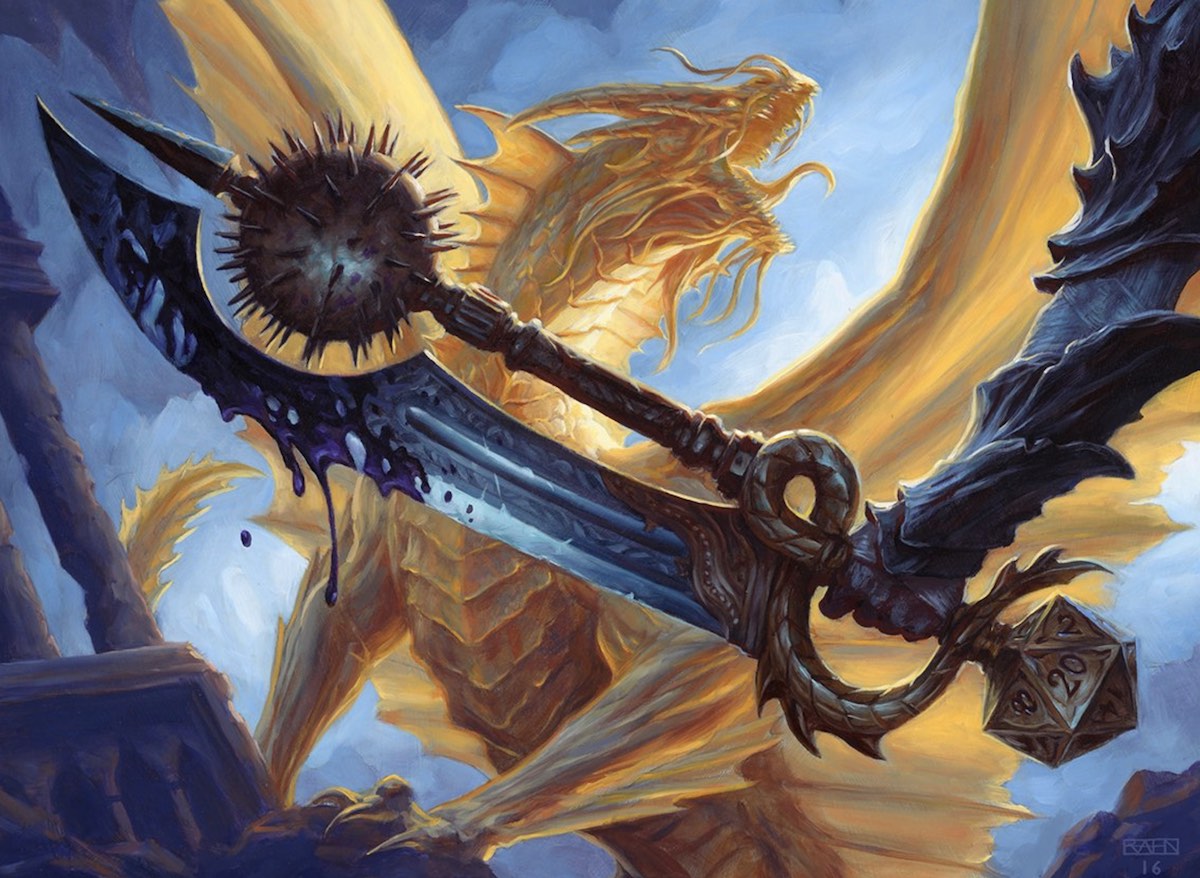 Prepare what bring the most enjoyment to the group.

That is the core mantra of the Lazy Dungeon Master, the philosophy that helps us focus our preparation of Dungeons & Dragons games on the things that matter the most and helps us avoid, or at least recognize, the elements of preparation that offer little value.

Magic items are important. Players love treasure. While we DMs tend to get wrapped up in the story we're sharing at the table (assuming we've already learned that the best stories unfold among the group at the table), tangible things make a big difference. Players focus on their characters. They love the mechanics. They love their own story. For the most part, players are fully responsible for the growth of their characters.

Magic items, however, have drastic effects on characters and magic item distribution lies completely in the hands of the dungeon master. Yet we dungeon masters might not be thinking about it at all.

Thinking about magic item rewards puts our minds back where we can bring the most fun to the game; by thinking about the characters.

For the scope of this article, we're going to focus on distributing permanent magic items. How characters handle money and more temporary magic items, such as single-use magic items, is an entirely different topic, one we won't be digging into here.

We might start with a solid review of the Dungeon Master's Guide to remind us what it says about treasure and magic items. Nearly a third of the book is dedicated to treasure so clearly the game designers knew how important magic items are to the joy of D&D. In particular, read the general distribution discussions on page 133 and 135 as well as how to manage magic item buying, selling, and crafting as a downtime activity on page 129 and 130. These descriptions are worth our time to read and review more than once.

I'm not particularly good about rewarding treasure so I went out to both Twitter and Facebook to get peoples' ideas for how best to manage treasure. I received about 60 replies which I categorized into a few different overarching themes. Below is a list of magic item distribution themes, the number of times that topic came up, and the count as a percent of the total. We cut off the list at anything less than four mentions.

We'll talk about each of these well-known techniques for distributing magic items below. Any one or more of these techniques can help us bring useful and meaningful loot to the characters in our games.

Magic Items as a Vehicle for the Story

In the first, the characters discover items and these items have stories tied to them. Maybe it's a wand of lightning owned by the ancient dragon sorcerer Ixyvis, the great great grandmother if Iymrith. Whenever the wand is used, Iymrith feels it and learns where it was activated. Maybe it's a magical longsword known as "Command" found in an old temple to Xvym, the son of Bane. The Zhentarim had protected it as an artifact of their faith but since growing less formal, the blade became lost yet the Zhentarim of Dark Hold still seek it.

However we distribute these magic items, we can tie bits of stories to them. This works particularly well when we're writing down secrets and clues as we prepare our game. If we roll for random treasure and an Ebony Fly shows up, we can go to our list of secrets and clues and see that the fly was once a prized artifact of Wolfrund the Wise, leader of the Yellowtooth Wererats in the warrens near Skullport. Because secrets and clues aren't necessarily tied to particular sources, we can make the source the magic items that the characters recover.

The second way of tying stories to items is when the item itself is the fulcrum of a story. Wave, Whelm, and Blackrazor, for example, are the clear motivations for the exploration of White Plume Mountain. The characters learn about them before they even head in. Finding the Sunsword in Curse of Strahd becomes a quest unto itself when Madame Eva sends the characters to find the blade.

Building quests to retrieve powerful magic items is a solid hook almost guaranteed to interest players as long as these items seem useful to their characters and fit their backgrounds.

Whatever method we use to award magic items in our game, we can always find ways to tie them to the story in our game either through improvisation or with planning ahead of time.

Now lets look at some ways to actually distribute magic items in our games.

Selecting Loot Based on the Characters' Background

Nine respondents (16% of the total) to the question of loot talked about the DM selecting loot appropriate to the characters. In this method, the DM spends time ahead of the game studying the characters and finding items useful or of likely interest to that character. This requires time up front but, as we described earlier, time spent thinking about the characters is often time well spent.

We need not do this all the time, though, since rewarding magic items to characters in 5th edition happens roughly once every four or five levels. Each time we sit down to prepare our session, we might ask "what item might a particular character discover?" We can rotate through the list of our characters ensuring someone gets something useful to their character each session or so.

To make life easy, we can, during our first preparation step of looking over the characters, write down items we think will be meaningful to the characters on our campaign worksheet. We only have to write down one meaningful item per character and it will likely take us up to a dozen sessions to award them all. Once each character receives an item we might write down new ones. Over the course of a campaign, each character might only receive one to three such items but they will matter a whole lot.

Seven respondents (13% the total) described the value in randomly selecting loot. This is, by far, the laziest way to distribute loot which we say with the utmost affection. The Dungeon Master's Guide provides wonderful tables for choosing loot; either by bundling together treasure hoards or by rolling on individual treasure tables to determine whats available. If you're lazy, numerous random treasure generators exist online. We're a fan of Donjon's Random Treasure Generator.

Choosing treasure randomly doesn't mean we can't tie meaningful stories to it. As we described earlier, if we're keeping our secrets and clues handy, we can tie a bit of history or a clue to the magic item found randomly in a hoard right at the table. It feels like magic when it works well ("How did he know we'd roll a flametongue sword and that it was one of the first weapons forged in the fires of Duke Zalto's forges?")

Four respondents (7% of the total) talked about players acquiring magic items from the cold dead hands of the villains they fight. Why would a death knight have a frostbrand greatsword in her treasure hoard and not use it herself? This requires more work up front by selecting treasure and putting it in the hands of the enemies ahead of time. It also requires more work from the DM to stat out the monster with the item. Typically this isn't too hard but sometimes it can make a big difference. If we're running a true arch villain, like Strahd or a deadly lich, we might want to consider what magic items they have collected in their long lives. Otherwise, this might end up being too much work.

For us lazy DMs, we might give major villains magic items but otherwise its too much trouble and players won't really notice if the monsters weren't using something they otherwise could.

The subject of player wish lists came up by four respondents (7% of the total). In this method, we simply ask our players what they want and write down the results. A few DMs suggest, instead of asking for specific items, to ask about the general types of items players want for their characters. Instead of saying "I want a vorpal greatsword and a suit of +3 full plate" we might hear "greatswords and plate armor". That gives us enough to help us select meaningful loot without being so specific that the players aren't surprised by what they will get.

Using a Mix of Styles

There is no reason we DMs need to choose any one style over any other. All of these are available to us to use in any way we wish. We can, for example, use random loot most of the time, improvising interesting stories around what comes up with the dice along with keeping a list of key character-defining magic items we'll reward throughout the campaign. This list, of course, we might get after we've talked to the players about the types of items they want to get for their characters overall. Our villains, of course, will have their own magic items in hand.

Whatever we do, we likely best serve the enjoyment of our players by paying attention to magic items. Memorable magic items are one of the many important things our players seek and remember as they travel through the story that unfolds at the table. Give magic items the attention they deserve.