As the most iconic Dungeons & Dragons monster, beholders serve both as a staple of our games and as one of the most challenging monsters to run well. Most of us are neither insanely paranoid nor possess a brilliant intellect beyond human capabilities. Yet it is us mundane mortals who must act on behalf of these aberrant monstrosities in a way that does them justice at our gaming table. 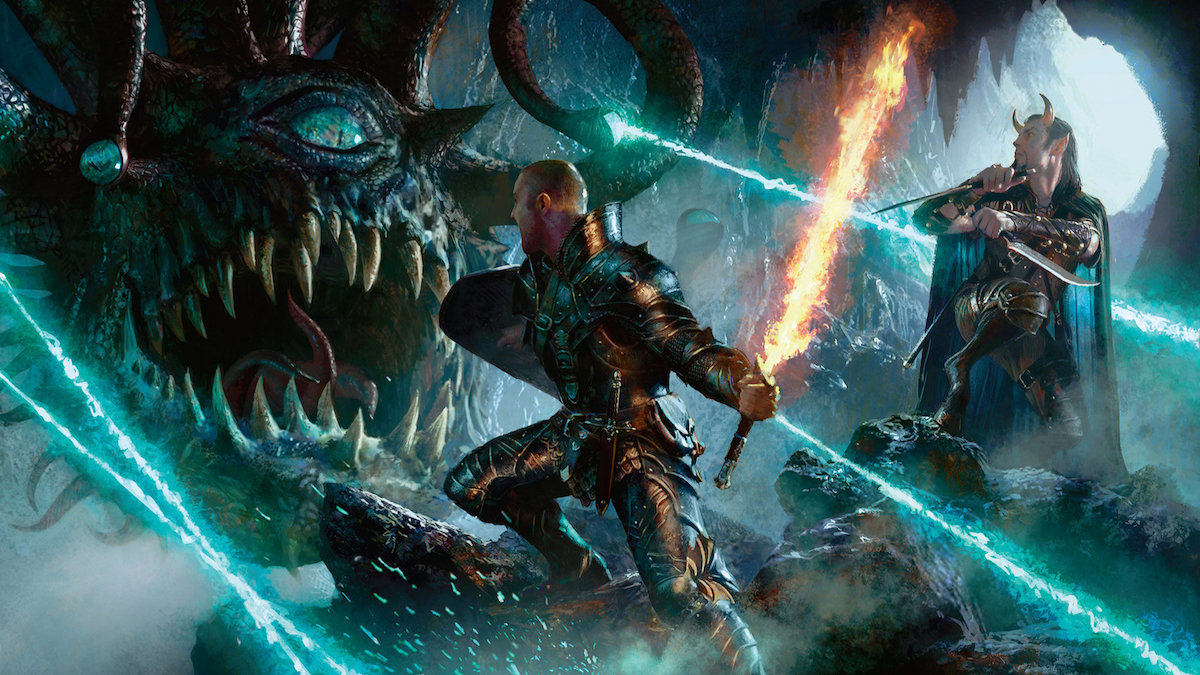 Two things stand out in the beholder chapter of Volo's Guide. First, beholders are paranoid beyond measure. They will design their lairs and choose their actions based on this paranoia. Given their vast intelligence, this can make them extremely hard to pin down and kill.

Second, beholders design their lairs to maximize their own capabilities. With that in mind, and shifting their insane paranoia into the realm of the insidious and whimsical, I offer six deathtrap chambers a beholder might build into their lair. Each of these offers ten possible variants for a total of sixty potential chambers we might drop into our room. Beholders will use their telekenesis, antimagic, disintegrate, and fire beams to manipulate the components of the following chambers, ideally while staying out of danger. I kept the descriptions of these chambers purposefully brief so your own mind can fill in the blanks.

Designing Your Own Beholder Deathtrap Chambers

When we wish to design new deathtrap beholder chambers, a few variables help define the structure of such a place. First, a chamber will always serve the capabilities of the beholder. Most importantly, the beholder can fly so the chamber would be a pain in the ass for those who cannot. Narrow crumbling bridges over endless chasms, angular floors that shift and move, rooms that rotate; all of these put those who cannot fly at a great disadvantage.

Second, the beholder's main interface to the world are its eye-rays and it will design chambers that let it use its eye-rays to maximum effect. For example, the ability to turn on and off magic with its anti-magic eye means it can set up a maze of walls of force and then shift the walls of the maze simply by gazing on one piece of it or another. It can create magical constructs that activate or deactivate on its whim.

The beholder's telekinesis ray likewise serves as an interface, letting it move tremendous amounts of material through the air with a flick of its stalk.

Finally, the beholder's disintegration ray lets it cut through or destroy matter of any sort, destroying support columns, carving holes through walls, or burrowing a great hole in the floor.

The combination of these powers mixed with the right elements in the right deathtrap chamber can make the beholder one of the most dangerous and sinister monsters players will ever face. Let us relish in that.