Choosing the Right Steps from the Lazy DM Checklist

Chapter 12 of Return of the Lazy Dungeon Master describes ways to reduce the eight steps of RPG preparation down to the ones that matter the most for your game. This list changes depending on the type of game a DM runs and available material a DM has to run it.

Today we're going to look at which steps best fit common scenarios in which DMs often find themselves. 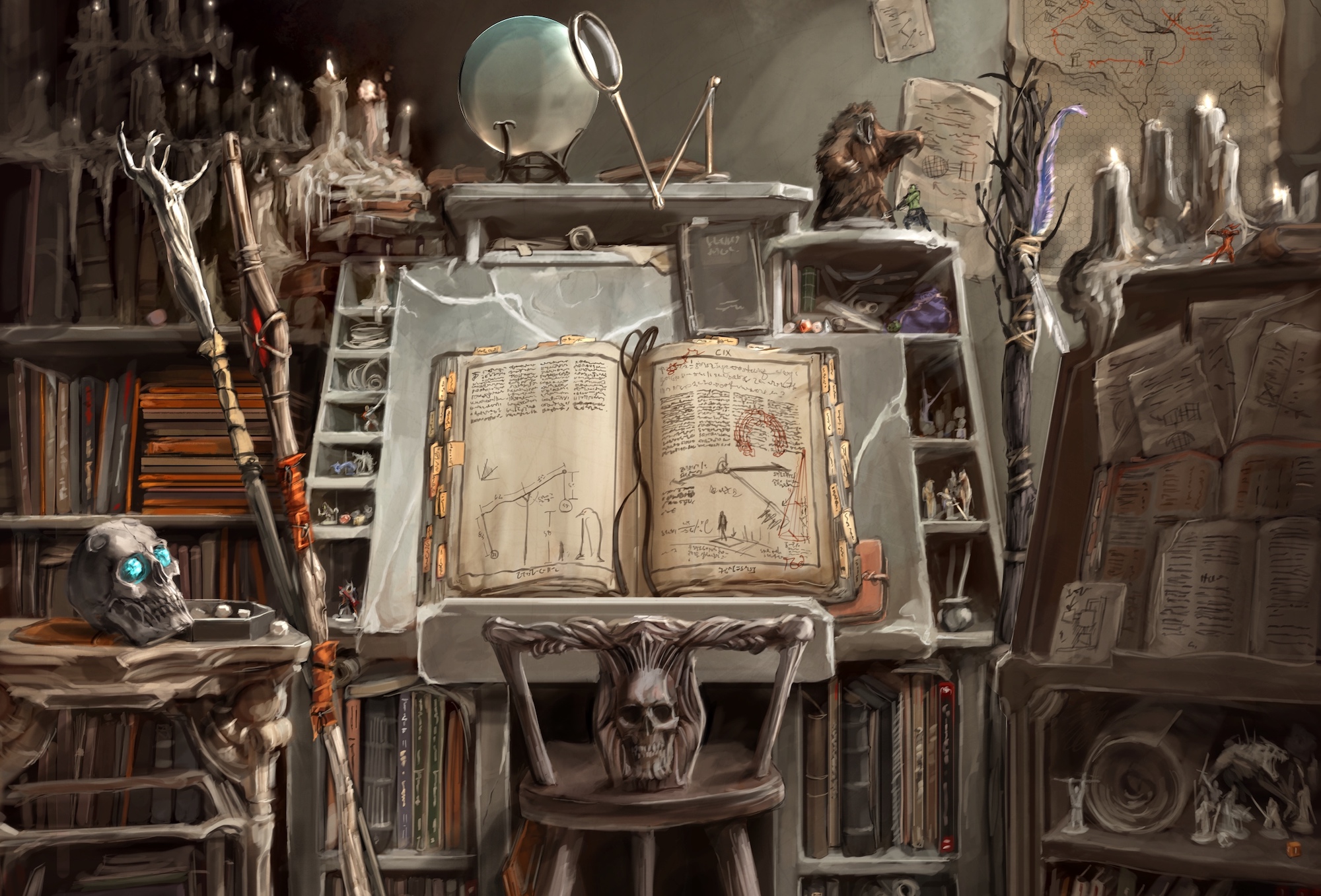 If you are not familiar with the eight steps from Return of the Lazy Dungeon Master you can read this PDF preview of the book or watch these videos including this 8-step summary video to better understand the eight steps. For a quick summary, the steps include:

This list of steps is all-inclusive but we can often skip steps depending on what sort of game we're preparing. You can watch me do this all the time in my Lazy DM prep video series in which I use the eight steps to prepare for my own weekend D&D games but often cut steps out depending on the type of game I'm about to run.

Let's look at some common scenarios and see which steps best fit.

Based on the results of the 2016 Dungeon Master Survey, this scenario is likely the most common. Most DMs run their own campaign worlds and their own adventures. It's also likely most DMs run continuing campaigns and not a series of single-session adventures.

Of all of the potential ways to play D&D, this one likely needs most, if not all the steps, each session. Since you don't have a pre-existing published adventure, you can't easily fall back on other tools that help you skip certain steps.

Sometimes, when you're in the middle of a campaign, you might already know what fantastic locations are coming up. You might also have an idea of what scenes might take place or you simply don't care and plan to let the game go wherever it goes.

Generally, though, you'll want to go through all eight steps.

In a recent Shadow of the Demon Lord campaign I ran, I ended up falling back to my own story and my own campaign. Unlike running published adventures, I needed all eight steps to help me fill out each session. I found the checklist helpful (one would hope I would!) but I did need to go through each step on it.

Even if you are playing in someone else's campaign world (and most DMs likely are not), this won't really help you skip steps for any given session. An overall campaign world means less work on the details of the world but all eight steps are still relevant for the next session you plan to run.

When running your own series of adventures in your own campaign world, you'll likely benefit from going through each of the eight steps while preparing for your next game.

Though likely not in the majority, many DMs run larger published campaign adventures such as the D&D hardback adventures for fifth edition. Like the continuous homebrew campaign, these stories continue from session to session. Unlike homebrew campaigns, we have a lot of material we can fall back on that help us skip some the steps.

Big published adventures require a lot of work, but that work is mostly up front when reading the adventure through to understand what's in it. We'll also want to review the adventure before each session to know what comes up next. That said, such early preparation helps us skip steps session to session because the published adventure includes much of what we need. In particular, we can often skip the following steps:

Some adventures, like Curse of Strahd, Storm King's Thunder, and Tomb of Annihilation have large open-ended chapters that require more prep from the steps above. When the adventure goes off the rails, it's up to us to fill them in with interesting scenes, locations, monsters, NPCs, and magic items. Most of the time, though, we can rely on the adventure to do that work for us.

This leaves us with the following steps we still need to do:

Going from eight to three steps is a nice drop, however, which is why I highly recommend running published adventures. There's a lot of value packed into these books.

Like the homebrew continuous games, we're going to need all eight steps when running a single-session homebrew adventure. In particular, scenes become more important because we know we're going to need to fit in a full story arc in one session. Timing also becomes critical so we need to know where we can cut the story down and still get to the ending on time.

Overall, we still need the full eight steps when running a single-session homebrew game. That said, these eight steps help put together an entire adventure for four hours of entertainment which is a pretty great return for the effort.

We'll often see published single-session games when running organized play games or running games at conventions. Above all, the best value we get when running such a game is to read it and understand it before we run it. Often, time is the most critical factor. Like the homebrew single-session game, we have to complete a full story arc in the allotted time which can be a real challenge.

Some single-session published adventures may not have the same quality of design, editing, and playtesting as the big hardcover published adventures so it's worth paying special attention while reading it to ensure it can fit into a single session. This is the work we must do up front but, like the published continuing game, we don't have to use all of the eight steps.

Here are the steps we can likely skip:

This leaves us with two steps to focus on when running a single-session published adventure:

Many DMs enjoy taking published material and smashing it into their own campaign arc. This provides a lot of the benefit of a published adventure but with the creative fun of a home campaign.

When we're looting other published material, we don't have to stick to the fixed structure of a published adventure. This gives us more flexibility to share our own story but it means more work too.

When we pilfer published material, we're most likely to steal locations and NPCs. We'll still have to go through the rest of the checklist to fill in the blanks we have in our campaign. Finding interesting fantastic locations, however, can be a big benefit so it's always worth stealing what we can.

These are just a few potential scenarios DMs will likely have while preparing their D&D games. Your own specific circumstances will determine which steps are most useful to you. As you prepare and run your own games, consider which steps help you the most. Focus on those, reduce or remove the rest, and continually improve your system to run the best game possible.