Skill checks are one of the main interfaces between players and the stories they create. It is the random seed that steers things off course and builds unexpected outcomes. Individual skill checks are easy enough to understand. It's the fundamental mechanic of Dungeons and Dragons. Roll a d20, add a modifier, and check it against a difficulty.

What about group checks? How best do we handle them? 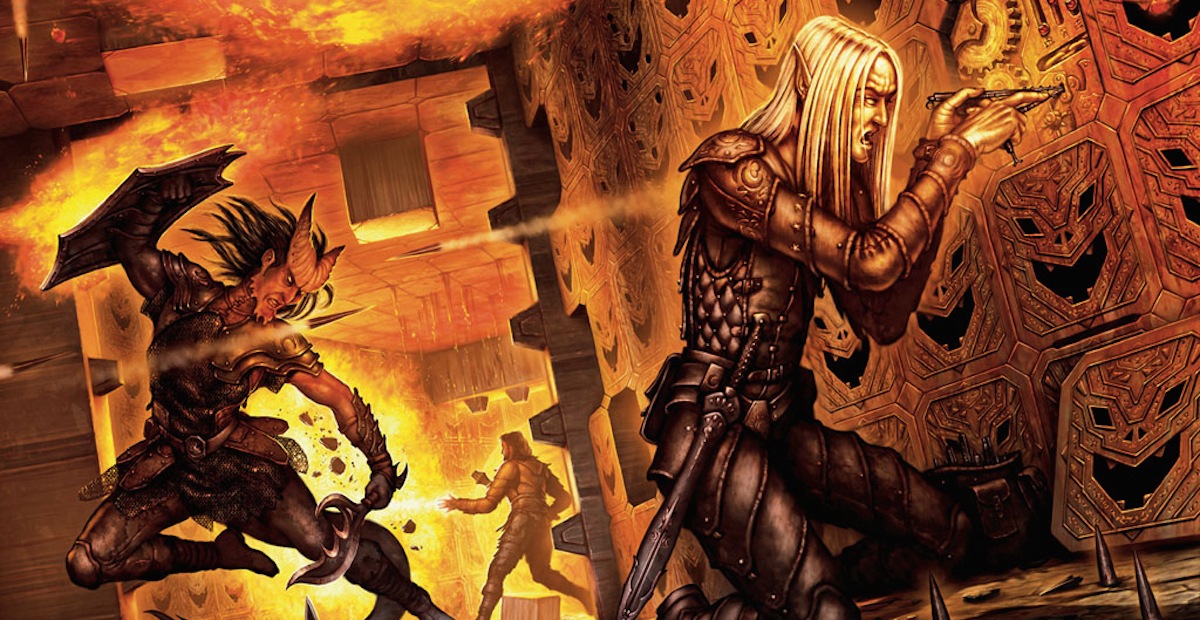 Page 175 of the Player's Handbook has excellent descriptions for handling assisted checks for aiding another PC and performing group checks. When one or more PCs aids another in performing a skill, the aided PC has advantage on the roll. For full group checks everyone rolls and if half succeed, the group succeeds. Those are easy ways to handle most situations and it's worth your time to read that section and keep it in mind.

When we consider calling for a group check, however, there are a couple of things we should keep in mind. First, what does the in-game situation warrant? Second, what is our intention?

Aiding the Most Skilled Character

The easiest way to handle a group check and still have a bit of challenge involved is to find out who has the best score in a skill applicable to a situation and grant them advantage as the others aid them.

As an example, consider that a group is traveling through the swamp being stalked by an invisible black dragon who just so happens to have the name Voaraghamanthar. You might have the whole group roll perception checks but it's almost guaranteed that someone will see something. Instead, ask which of the PCs has the highest perception and ask them who is aiding them in keeping an eye out for things. The character with the highest perception can make the skill check with advantage. On a success, they notice something amiss. Maybe a big tree straining under a huge weight or massive clawed footprints that form and then fill up with brackish water.

Aiding the most skilled character is one of the easiest, fastest, and fairest ways to handle a group check.

When to Call for a Full Group Check

If you're asking an entire group to roll a check and it only takes one person to succeed, you might as well just have them succeed and skip the roll. Sometimes you might want to see who succeeds so you can draw their character into the story. Maybe three of the five people in the group see something the other two do not. These sorts of checks work because they put the characters into the spotlight. They break up otherwise continual narration to say who saw or dealt with something. Always expect a success if you ask for a group check but still be prepared for everyone to suck at the roll. Will the game cease of no one makes it? That's probably not the right answer.

Just because D&D is built around straight successes or failures based on a DC doesn't mean we can't turn those rolls into variable results. A high roll can give far more information to the PC than just a simple success. A critical roll can help them succeed well beyond their expectations. Likewise, a critically low roll might result in even greater difficulties than a close call. Most of this can take place in the narrative but sometimes it might have a direct mechanical effect.

Skills, the Primary Interface to the Game

Above all, spending time experimenting with and understanding how skill rolls work, particular group rolls, can improve your game in a lot of ways. Give them the attention they deserve.