Of all of the things required to run a great Dungeons & Dragons game none is harder than getting a group together regularly to play. Finding and maintaining a group is the biggest hurtle for Dungeons & Dragons. In a previous article I wrote recommendations for finding and maintaining a D&D group. In today's article, we'll look at options for handling the game when players are missing. What do we do with their characters? Which options offer us the most flexibilty and ensure the most games? Which techniques are most likely to keep people at the table and which might push people away? We'll dig into all of this today. 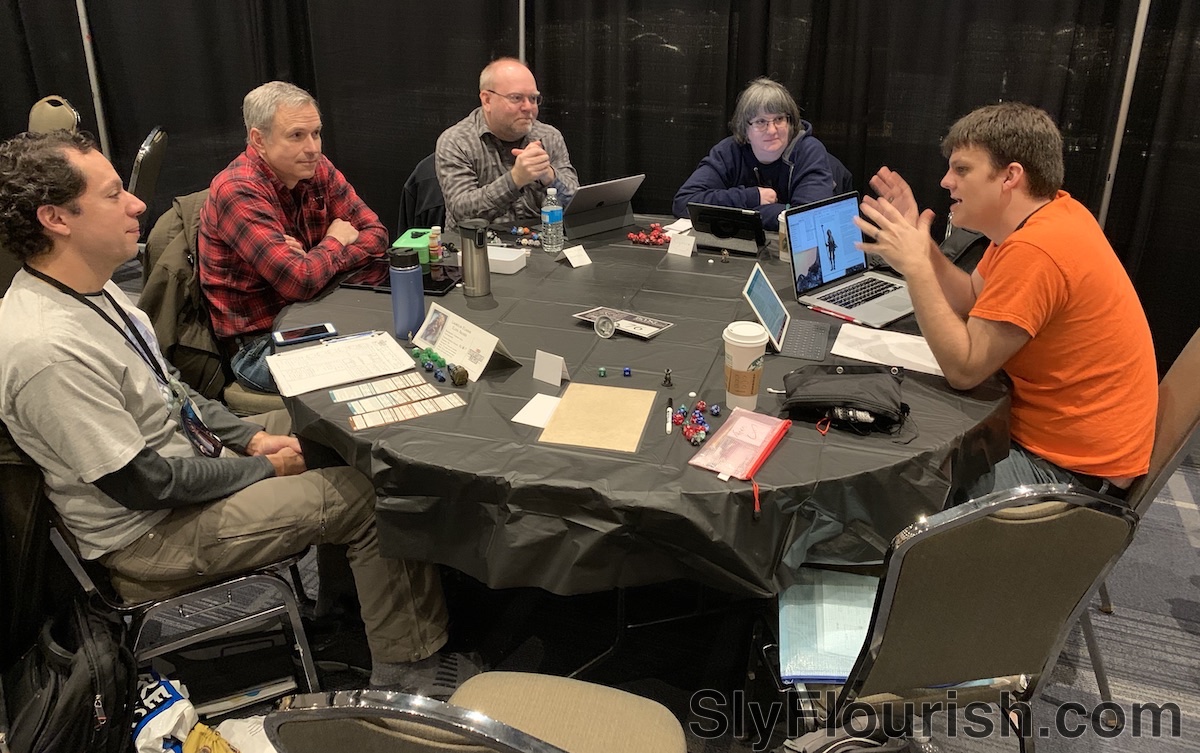 I broke this down into a Twitter poll on the topic and got the following results from about 3,100 responses:

Based on these results, here are my own thoughts, experiences, and recommendations.

Getting friends together regularly is worth more than the pure cohesion of the story. We love sharing these stories at the table but real life happens. It's hard for many of us to maintain a regular D&D schedule. Many people have other priorities in their lives, like it or not.

Thus, if someone misses a session we should do our best to keep the game going forward. This is why having six primary players and two on-call players can work so well. If you can manage to run a game with three or four players, it would take five to six people cancelling before you have to cancel a game. That puts the odds highly in favor of being able to run a regular game.

If we can somehow work the absence of the players's character into the story, that's a great way to go. Sometimes things line up well and they can serve the story even in their abscence. Maybe they get kidnapped. Maybe they go undercover for a while. Maybe they go hang out at the inn because of a bum knee acting up. Sometimes these side-treks work well in the story. Sometimes they're ham-fisted. Even ham-fisted, though, it's better than cancelling the game.

Maybe there's really no good in-fiction way to account for the character's absence. Even the good old "we stick them in a portable hole" trick might not even work. If that's the case, we can simply let it go.

Running the game is more important than maintaining a purely cohesive story. In the case where one or two players can't make it but we still have enough to run a game, we go forward anyway, even if it doesn't make perfect sense in the story. Those characters who don't make it? They fade back into the scenery. When they come back, they come back.

About half of polled DMs agreed with this idea and I'm glad to see it.

Most of us are adults. We have commitments we must keep. We recognize that the real world intruded on our fiction. That's ok. We can let the realism of our fantasy world fade a bit for the sake of getting together for a good game.

For DMs who run stories that are really wired to the characters this can be hard to do. All I can recommend is loosening your grip on the story a little bit to help support a more regular gaming schedule. In the end, it's worth it.

Many groups have someone else, either the DM or another player, run the missing players's character. This isn't an unworkable approach but it can cause a few problems. First, what if the player or DM running the character makes choices the main player of that character wouldn't make? What if the character dies? These situations might not be typical but if they come up they can cause problems.

Instead, just let the character fade into the background and focus on the characters whose players are actually in attendance.

Making it Easy to Return

One consideration when dealing with a missing player is to make it easy and inviting for them to come back to the table. Over the years I've seen people suggest that missing players need to be somehow punished for not showing up. I'd recommend a "less stick" and "more carrot" approach. If you make it hard for players to come back to the table, you're increasing the chances that they won't come back at all.

Consider experience and leveling. One of the many advantages of using milestone experience instead of calculating experience points is that players who miss a game won't miss out on character progression at the same time. They'll know that even though they missed a game, their character will still keep up with the others in the group. This might, somehow, not seem fair, but consider that experience points and levels are arbitrary rewards anyway. Nothing prevents us from starting at higher levels if it works out for the story. If players miss out on a game and their character starts to fall behind the other characters, it becomes easier for them to simply stay away instead of returning and continually feeling like they're behind everyone else for the rest of a campaign.

Likewise, removing any other punishments for a player's absence makes it easier for the player to return and know they aren't somehow worse off for missing out.

Missing out on a D&D game is punishment enough, we don't have to compound it.

Above all we should consider any structure or rule we have and test it against one goal: keeping the game running. Whatever rules you put in place for a player absence, ask yourself if it best serves the game. The most tight and cohesive story is no story at all if no one makes it to the table. Build a system to keep the game going and make it as easy and inviting as possible for players to keep coming to the table to play a great game of D&D.