Dungeons & Dragons is a game full of choices. From running campaigns to running characters, from steering world-shaking events to choosing an approach while having a conversation with a merchant, players and DMs make all sorts of choices when playing D&D.

Choices are also the root of what makes D&D fun. How should the characters interact with an NPC? How will they accomplish their goal? Who gets the fancy new magic sword? All of these choices, and the consequences of them, bring life to the game.

Sometimes, though, the best choices aren't easily made. Sometimes all of the options are reasonable and other times, all of them are fraught with consequences. Today we're going to look at these hard choices and see how we can make the most of them in our D&D games. 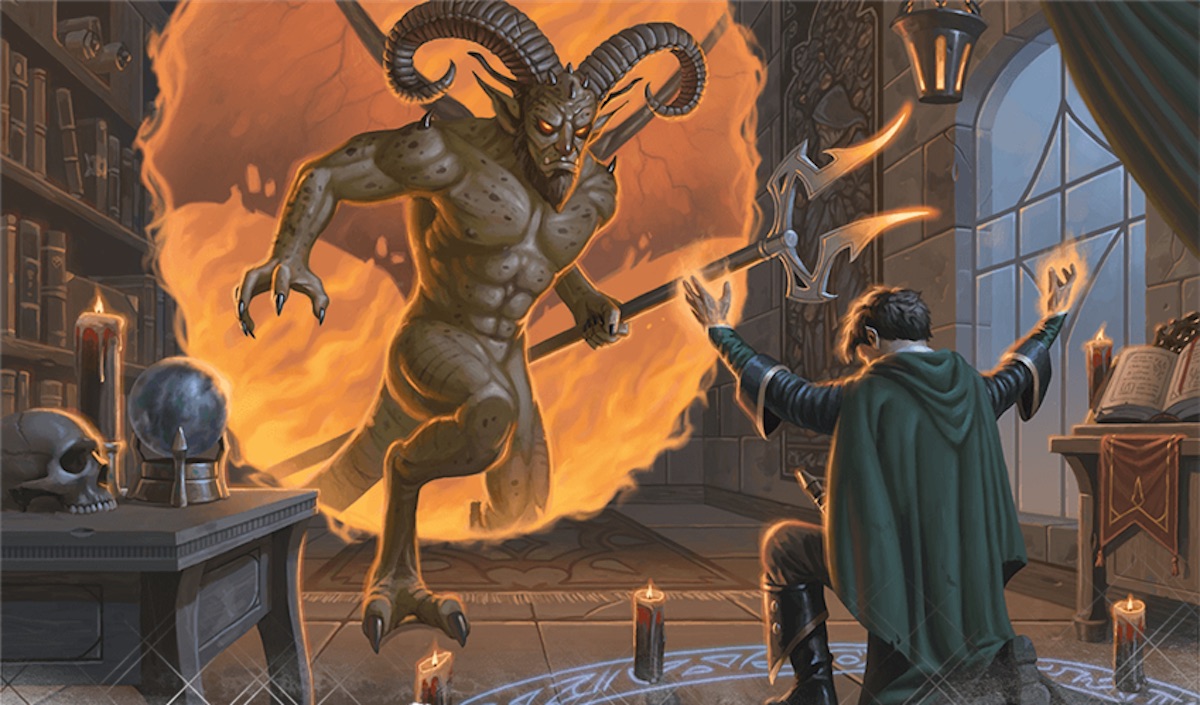 Which Front to Face

In the campaign building advice in Return of the Lazy Dungeon Master, I recommend using Fronts from Dungeon World as a way to see what major movers and shakers are changing the face of the world. When these fronts all become visible to the characters, the characters will have to make a hard choice about which front they want to stop.

For example, in the D&D adventure Legacy of the Crystal Shard, the characters have three potential factions they have to deal with: the ice witch Hedrun, Akar Kessel the undead mage, and Valish Gant the schemer of the Arcane Brotherhood. When the characters navigate this adventure, they must decide which of these three villains they wish to thwart knowing that the other paths will move forward unhindered.

If we're not careful, these always-moving fronts can be frustrating for players. While focusing on one villain, the characters find they're two steps back with the other two. If the players begin to feel screwed no matter which direction they go, perhaps slow down on the progression of the other fronts.

"You can hit four enemies with your fireball, or eight if you're willing to hit the fighter and rogue..."

One of the fun design elements of the excellent RPG 13th Age is how it includes deals made between players and the GM. A fireball in 13th Age can hit 1d3 enemies in a group or, if you cast it recklessly, an extra 1d3 enemies, but it will hit any of your friends engaged with those enemies. That's a great way to get fireballs to work well without a grid.

Making deals are a great way to put hard choices in front of players. Do you want advantage on your next attack? All you have to do is swing from that chandelier up above? A failure, of course, could result in a nasty fall.

Advantage, disadvantage, and inspiration are three currencies we DMs always have on hand to sweeten deals and put hard choices in front of the characters. Waving an inspiration token at a player is a great way to get them to accept some risk when things would otherwise feel too safe.

Here are some example deals we can put in front of our players:

The Curse You Don't Want to Get Rid Of

What if a fungus-cursed hydra bites one of the characters and that character contracts some sort of hideous disease? That's not a hard choice. Go find the nearest caster of cure disease or greater restoration and get that thing cleaned up!

But what if this infection did something to the character, something interesting. What if this character could start to see through other plants? What if it gave them access to new powers they could cultivate such as entangle, spike growth, and grasping vine? What if the strange infected would knit itself closed with tendrils of vines and roots? What if, on their death, they are returned in their original form but inside they're all plant stuff, a physical vessel sworn to Zuggtmoy?

Simple curses are easy. Characters certainly want to get rid of them and will do so. If we turn those curses into hard choices, though, maybe they'll live with the curse.

Maybe an abolith is willing to impart the vast knowledge of the abolithic sovereignty to your character, giving them a history as old as the millennia and current intelligence all over the Sword Coast? What if all it cost was the character's own mental independence? Hmmm.

Often, when we're prepping our D&D games, it's hard for us to see villainous organizations as anything other than a big pile of monsters for the characters to kill. If the characters go into a thieves' den, it might end up being room after room of bandits getting slaughtered.

One way we can turn monstrous lairs into opportunities for roleplaying and hard choices is to ensure there are multiple factions within the band of monsters or among the villainous organization. This way the characters can work within or against these factions. If both factions are purely hostile to the characters then it might end up as a slaughterfest anyway so we'll need to ensure the factions have reason to talk to the characters and vice versa.

For example, in Tomb of Annihilation, the characters can go into the Fane of the Night Serpent. There are two factions in there; those loyal to Ras Nsi and those loyal to Fenthasa. Ras Nsi has no intent at going into the Tomb of the Nine Gods to stop the Soul Monger so he has a reason to talk to the party: convince them to go into the tomb itself and stop the Soul Monger. Fenthasa might have another goal. She wants Ras Nsi dead and the obsidian dagger from the Tomb returned to her. She might aid a party willing to end Ras Nsi and return to her the dagger within the tomb.

Now, instead of the characters just going in and slaughtering all the yuan-ti, they might get involved in the rift between two factions and have to choose which faction they want to support.

These factions might be rivals within a group or subordinates who no longer want to work with their superior. Any rift like this is an opportunity for the characters to get involved and a hard choice for them to make. Which faction, if any, will they support?

Here are some examples of factions within villainous groups:

What Would Make Them Choose Differently?

When a choice seems too easy, what might steer the characters to choose a different way?

A Game of Choices

D&D is a game full of choices, some of them small and some as big as the multiverse. One of our jobs as dungeon masters is to put meaningful and interesting choice in front of the characters whenever the pace of the adventure calls for it. Without putting too much decision fatigue on them, we can insert hard choices so the players can see the true impact of the choices they make. Use hard choices to make your game unique and fun.

Special thanks to Taylor on Twitter for the suggestion to write this article.