This article has been rewritten from the original posted in May 2010.

Too often we DM's focus on building terrain as a challenge to PCs. There are certainly times where the terrain works against our PC but there should be equally as many times where the PCs can use terrain to their own advantage. Today we're going to look at ways to make terrain fun for both yu and your players rather than simply as a burden for PCs to overcome.

Keeping terrain interesting isn't just about fun. Well designed terrain can draw PCs in and build a dynamic environment for them to explore. A high perch might give PCs an advantageous position for ranged attacks if they can climb up to it. An arcane pillar full of energy might boost the magic of a spellcaster when they stand close to it or a holy altar might bless those who fight nearby.Advantageous terrain will draw your players into a room instead of hanging back by the door where its' safe. It keeps your battles exciting and dynamic instead of a battle of inches over a single corner. 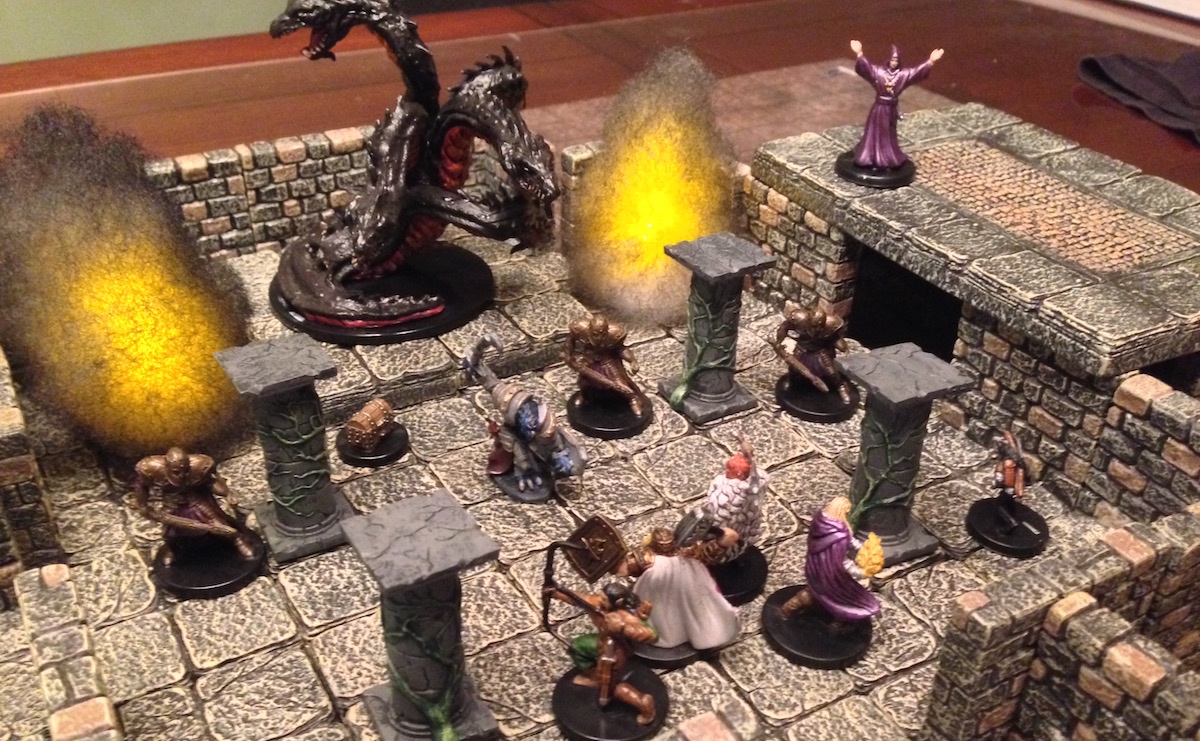 I Have the High Ground

Want to get the ranged strikers in your group to step a bit further into the room? Give them combat advantage for taking the high ground in your terrain. A clear view of the battlefield gives them a drop on their enemies. Place these high ground positions deep into the encounter area, requiring that these ranged attackers have to fight their way across the battlefield to reach it. Go ahead and tell the players of this advantage, even the mechanics of it, so they'll take advantage of it. If you're too abstract, they won't bother stepping away from their safe corner and into the dangers around them.

If you want to make it more exciting, place some charged radiant crystals on this high ground position. When adjacent to these crystals, a ranged attacker gains radiant damage on their attacks. Getting to this high ground, however, might be a bit more difficult. The entire platform might require a hard skill check to reach.

Another way to give your players some fun terrain is to turn the tables on traps. Instead of the party walking into a devastating trap set up by nasty kobolds, have a trap set up that can easily backfire on the lizardly folk who set it up. Perhaps these kobolds were planning on dropping a series of huge rocks on the party. After noticing this, one of the party members might turn the table on this rock-dropping exercise if they run up to the cliff-side and begin dropping the rocks themselves.

Build the situation first before you decide whether it can be turned on either the good or bad guys. A well designed terrain effect has the flexibility to be used in lots of different ways.

Preparing for the Siege

Rather than the party acting as an invading force, they might find themselves protecting an area from an incoming horde of nasty beasts. In this scenario, give the PCs a host of objects they can set up and build into defensive positions. Defending the city gates, for example, might have them placing their ranged attackers on rooftops while they build barricades of defensive positions.

Consider the final battle in the original Conan the Barbarian. Three men spend half a day arranging ground spikes, spear traps, and weapons everywhere in preparation for the coming of Thulsa Doom's army. How can you give your players an environment similar to this?

Static environments can end up boring players. Set up encounter environments that change as the battle progresses. Better still, give your players a chance to change the environment by collapsing walls, tipping huge pillars, or setting fire to stores of flammable dwarven ale. You might even have some advantageous terrain appear after a huge monster has crashed through a wall or smashed down a pillar. The great wyrm's massive tale might smash through a crypt wall revealing an ancient skeleton gripping a powerful magical sword.

Use terrain to draw your PCs into a scene, not make them fearful of it. Add layers of detail to your environments and say yes when your players find creative ways to use it.