The Eight Most Useful Lords of Madness Minis

Wizards of the Coast recently released the Lords of Madness Dungeons and Dragons Miniatures set. It's been a while since we've had a new minis set and this set is clearly designed to give you lots of useful minis for any tier of your game. Today we're going to look at some common and uncommon miniatures that will offer you a lot of bang for your buck. None of these miniatures cost more than two bucks and all of them can be used and reused throughout your game. Keep in mind, availability of these miniatures is hit or miss. A few days ago they were all sold out. As of this writing, many of them are back in stock. You'll have to check back often to get all of them. 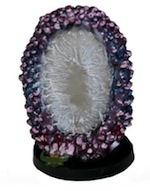 This is a great miniature that can serve many purposes across all level ranges in your game. As advertised, it can act as a portal for your players to use. It can act as a center to an encounter-based skill challenge. You can use it as a cool terrain effect to have players teleporting all around a battlefield. There's tons you can do with this one. Each one should cost you about a buck fifty. I recommend picking up four. 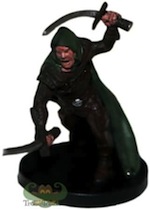 These nasty fellows are sure to get your players saying "eeewwww" as soon as you place them out. They work well for both hazards as well as actual monster swarms. They're perfect for deep dungeons as well as nasty lower planes like the Abyss. These guys might be hanging around the feet of some Rot Slingers or even used to designate a particularly nasty zone. I recommend picking up four to eight of these little critters. 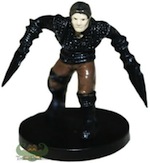 These nasty looking guys can be used for a whole variety of different creatures. They work nicely, of course, as Shadar-Kai but they work equally well as some sort of vampire assassin or even a higher-end ghoul warrior of some sort. The pale skin makes it an ideal mini for a range of undead. It might even work well as a high level Forsaken Infiltrator though he doesn't exactly have the eye bandages. At their low price, I recommend picking up eight of these fellows. 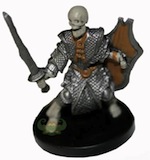 Everyone always needs as many skeletons as you can get your hands on. The Lords of Madness skeleton is an excellent generic skeleton miniature that can stand in well at level 1 all the way to level 30. If you're hard pressed, this guy could stand in for a death knight or many other forms of powerful undead. They're hard to come buy but I recommend picking up eight to twelve of these guys when you are able. You can use them as long as you're playing any version of mini-based fantasy RPG. 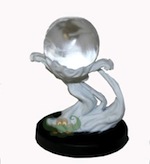 This is one of the most useful minis you'll find in the Lords of Madness set. It works well not only as it's namesake but also for dozens of different dungeon dressings or environmental effects. I plan on using this guy as a strange silvery Sphere of Annihilation but it can work equally well as some sort of radiant radiating trap or hazard. I recommend picking up four of these. 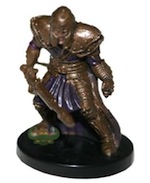 The uncommon Zhentarim Champion can work well for a PC mini as well as an NPC mini. His bronze armor might make him an excellent personal guard to a noble lord or even as a gladiator. Describing the armor as shining chitin could turn him into a powerful Dark Sun villain. Though uncommon, the lower cost of this miniature warrants picking up four to eight of him. 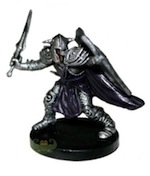 Like the Champion, the Zhentarim Soldier makes for an excellent evil-looking warrior type. He's generic enough to stand in at all levels of play and cheap enough to fill in your minion ranks. His mostly hidden face means he could just as easily stand in as an undead warrior wight or death knight. This excellent mini could stand in for a variety of different creatures all over your game.

The most generic tools for the right jobs

The key to getting the most value out of D&D miniatures is to find the ones that serve as many purposes as possible. The more generic a miniature is, the more often you'll be able to use it at the table. Miniatures can be a very expensive purchase but it doesn't have to be. Focus on the right value for the dollar and you can fill in your game without breaking the bank.