Speeding up combat is a constant desire for a lot of DMs. Most experienced DMs have come up with a variety of tips to keep things fast. Some recommend focusing monsters around Skirmishers and Artillery. Others, like my friend Dave the Game, suggest building in alternative success criteria other than simply killing all of the monsters on the table.

Today I'm going to offer something different. Below you'll find three alternative powers you can give to your monsters to give you the option to increase threat and reduce the length of battles at the same time. Let's dig right in. 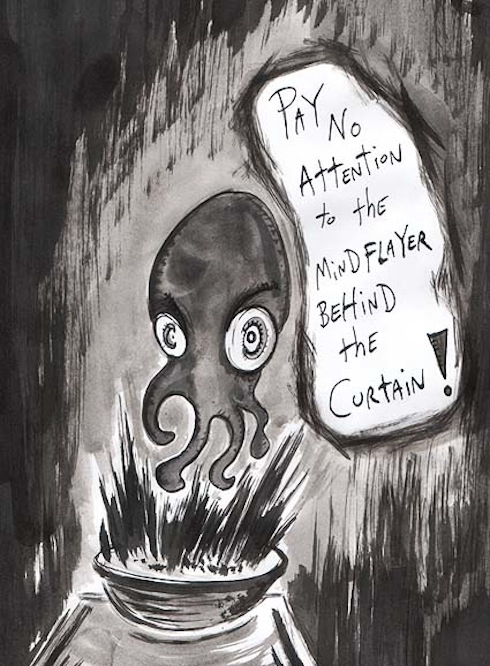 This power comes from Mike Mearls who described it in a recent D&D podcast. The basic concept is to give monsters the optimization to go berserk, reducing their overall health but increasing the amount of damage they do. There are a few ways to monkey with the math, but a +1/2 level to damage output for 1/2 level in damage to the monster's hitpoints is an easy one to work with and scales nicely with the game.

Add +1/2 level to damage and this creature takes an equal amount of damage. This damage cannot be resisted.

There's an advantage to a power like this vice simply increasing damage and reducing hit points. This way the monster has the choice to make the sacrifice. If you find your party pounding on one particular monster, the other monsters can choose to increase their damage and reduce their hit points on the fly. It's a simple and powerful little power.

The Brutal Shakeoff gives an alternative. For a sacrifice in hit points, a monster can automatically save versus a status effect. This is primarily designed for high-end elites and solos who have a surplus in hit points but a limit on actions compared to five normal monsters.

This creature takes its level in damage and makes an immediate saving throw against any ongoing effect even if that effect does not end with a save.

This shouldn't be used all the time. A monster would only make this sacrifice when it finds itself severely limited by any particular status effect such as a blind, daze, or stun.

For elite and solo controllers, another option to increase their threat and reduce the number of rounds it takes to kill them is the deathburst. There are numerous ways to flavor this ability based on the type of monster. Essentially, as a minor action, a monster can take damage equal to its level and explode in a close burst 5 for an equal amount of damage.

Minor action; Close Burst 5; level +3 vs Reflex; level in damage; This creature explodes in a burst of arcane energy and takes damage equal to its level.

You will want to flavor this power around the type of creature you give it to and the creature type should make sense. For a powerful lich, an evil wizard, or a mind flayer, this power can shake up a battle quite well. You might also convert the damage from being equal to the monsters level to the limited medium level damage on the DMG page 42.

These are just three examples of ways to give monsters the option to increase their threat and reduce the amount of time required to kill them. There are a lot of ways to reduce the length of combat, and this is only one alternative. Take a bit of time to research other methods to keep your game fresh and exciting.

Like this article? Consider using these links to purchase the D&D books Underdark, Monster Manual 2, theDungeon Master's Guide 2 or use this link to purchase anything from Amazon.com.