Many times when we're running our Dungeons & Dragons adventures, we aren't too worried about time. Sure, our friends need to go home sometime but we can generally stop where we are and start off where we ended at our next session. If we're particularly good at this we might even find great breaking points that keep the players on the edge of their seat and bring them back the next week. We might even be running episodic games in which each night is itself a full story arc strung together with downtime and an overall story that plays out in full pieces each session.

Sometimes, though, time is a factor. If we're running a single-session game for our friends, a one-shot game at a convention, or an organized play game at a local game shop; we have only the time allotted and must fit the adventure in that time. This can prove challenging; maybe the most challenging aspect of our game. 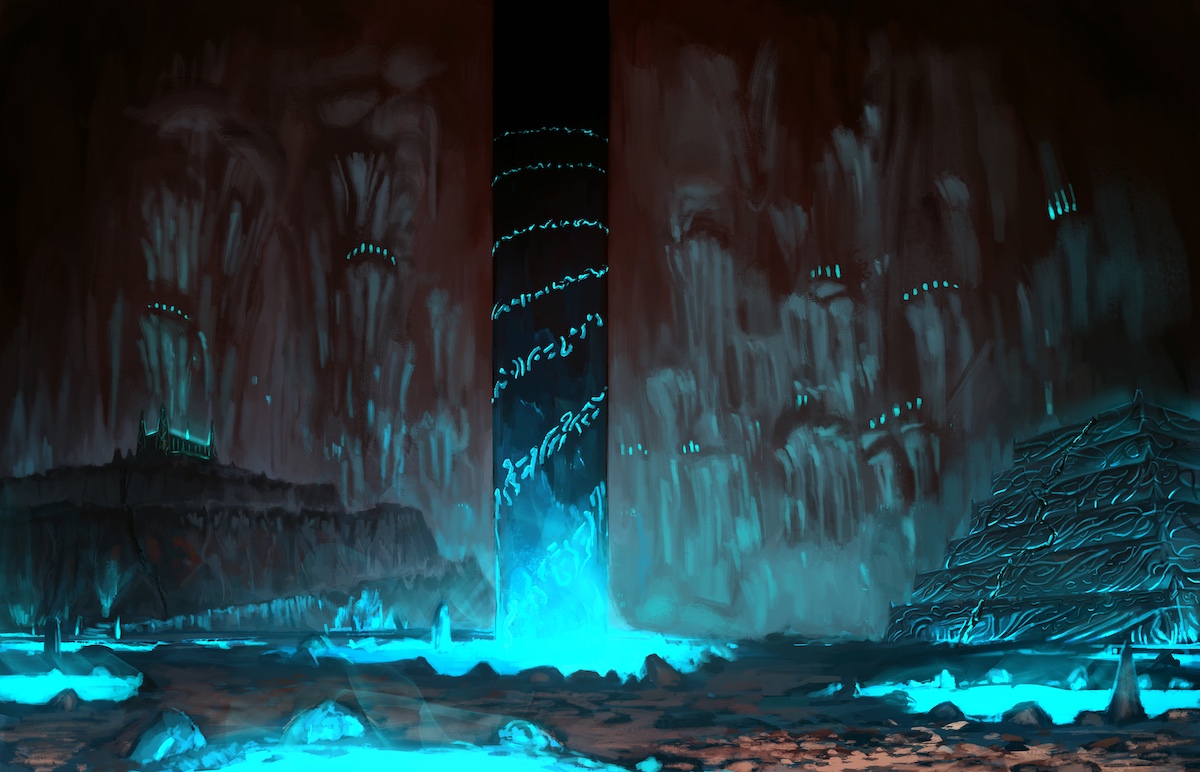 While writing Ruins of the Grendleroot, I paid a lot of attention to this. I wanted to ensure that these adventures could fit comfortably in a two- to four-hour session. But I also wanted open-designed adventures with lots of options across the adventure and in each encounter. These design ideals often work against one another.

For example, let's say we have an encounter with a group of cultists. If the characters talk to the cultists, it might take ten minutes to finish the encounter. If they get into a fight, it might take thirty. If they try to sneak around and fail, then talk their way out and fail, and finally fight; such a situation might take an hour.

How the characters interact with an encounter has a big impact on the time it takes to run that encounter. Multiply that out by the number of encounters in the adventure and you could have an adventure that takes an hour or six depending on how things go. Given that we're generally aiming for around four hours, give or take, a window that wide isn't useful.

So what do we do? How can we tune and pace our adventures to fit in the allotted time with such unknown variables? That's what we're going to look at today.

One of my favorite adventure books is the book Weird Discoveries by Monte Cook Games for the Numenera game system. It's a poorly kept secret that I used this book as my model when writing the original Fantastic Adventures. I loved the idea of ten easy-to-prep and easy-to-run adventures that helped GMs get the story going and end it on time with just four pages per adventure.

The folks at Monte Cook Games put out another similar book called Explorer's Keys that's equally good. These books have some very specific design ideas, including layout and graphic designs, that make them easy to prepare and easy to run at a table. I'm really in awe of them.

In particular, Explorer's Keys includes "keys" that are the main required plot elements that help the characters complete the adventure. These might be a powered object required to move a huge alien tank. It might be information on an NPC required to prove or disprove an allegation. It might actually be a key to open a great vault door.

The secret to these keys is that they don't have to be in one particular place. In Explorer's Keys, you decide where the keys show up. This lets you tune the adventure as you're running it, shortening things up when needed by making keys easier to find or lengthening it by pushing the keys further out.

We can do this in our own adventures by moving the MacGuffin. The MacGuffin, an object integral to the story of the adventure, might be nearby and easy to acquire or it might be hidden far away and require quite the journey to acquire.

We might not even need to worry about time to move the MacGuffin. If the pace of our adventure is starting to wane and get boring, we can up the excitement by bringing the MacGuffin closer. If we want to space things out, we can move the MacGuffin further away. Timing a session is one thing but oscillating those upward and downward beats is important too and having some flexibility to change up that pacing during an adventure is critical.

If we're writing our own adventures, we can include this design right in them. In Ruins of the Grendleroot each adventure includes a "Pacing the Adventure" section that often describes how to move key elements closer or further out depending on the pace of the adventure you want.

Moving the MacGuffin is all about bringing the required element of an adventure closer to the characters or pushing it further away.

Combat encounters often take time. If we're pulling out our minis and dropping down our gridded battle map, we can expect a battle to take anywhere from 30 minutes to an hour. Combat encounters, beyond being just plain fun, are also great tools to help us fill out a game if we have time to fill. Obviously such combat encounters need to matter. They need to tell a story and they need to be fun. Combat encounters that don't help reveal parts of the story or make sense within the fiction are just a slog.

Combat encounters are a dial we can keep our hand on while running our game. We can omit them or add them in depending on the timing and pacing of our game. If things are getting boring and stale, maybe time for a conflict. If combat is getting repetitious, we can pull them out.

If we're planning out our own adventures, we can keep a few combat encounters on hand. If we think we have the time and we think it will add to the fun, we can drop them in. If we think things are already moving slowly and time is a factor, we can hold them out.

Likewise, if we're running a published adventure, we can take note of which encounters we might omit if time becomes short and which ones we might add if it looks we have the time and it feels right for the story. We can increase or decrease the number of monsters in any given encounter as well. A well-designed random encounter, like those in Waterdeep City Encounters, can add a lot of fun to a game that has the time to include it.

Every year I run a Halloween Ravenloft game. It's a five-hour game that runs like a roller coaster through Castle Ravenloft. Part of the rules of this home-run adventure, stated up front and with a visible countdown clock, is that 45 minutes before the end of our session Strahd is going to show up. The players have the rest of the adventure to try to find the three icons of Ravenloft before they will face him.

Putting in a real-world timer into a single-session game is a great way to ensure you stay on time and that your players know it. Any timed event can work this way. The characters might have three hours to restore the glyphs before the demon enters the world. Fail and he shows up to face them with his full power. An assault is going to occur on the characters' home town. The characters have to thwart the assault and destabilize the attackers before the assault begins. An hour before the end of the session they face whatever forces remain.

Any time we have an urgent event in the game, we can turn it into an urgent event outside of the game. We make it clear to the players that they are timed and they'll speed up. Regardless of their actions, some conclusion occurs. If they did well, they've swayed the odds in their favor. If they didn't move quickly, the odds are against them.

Timed events like this is a powerful tool to keep an adventure running on time.

Pacing Throughout an Adventure

It isn't enough to pay attention to the timing of an adventure as it gets closer to the end. I've seen this problem time and again with organized play games. We need to have a hand on these dials all throughout the adventure. We don't know when the game will speed up or when it will slow down. We need ways to change the pace all throughout an adventure, up until the very end. Adding or removing a combat encounter in the beginning of the game may help set a general pace but it may not help if things unexpectedly speed up or slow down later. We'll want to be prepared to move MacGuffins and cut encounters up to the very end of the adventure.

Don't Cut Off the Crescendo

Above all, though, we don't want to cut off the high point of the adventure. I witnessed this first hand in many convention-run Adventurer's League adventures. The DM ran things as-is throughout the adventure and instead of cutting from the middle, they cut off the final battle. Just when the battle was turning in favor of the characters they stated that they were going to "end it right here" and called the adventure over. That's cutting off an adventure right when it should be at its most climactic.

Instead, early battles can be cut out completely or run in a faster theater of the mind style to move up the pace of the adventure so such a conclusion has a greater impact.

Keeping Your Hands on the Dials

I like to imagine that a DM has hands on all sorts of dials while running a D&D game. Some of these are dials of challenge and pacing, some of them are timing. Our need to tune an adventure doesn't end when we begin to run it; we should be tuning our adventures as we're running them up until the very end of the session. Some dials are relatively minor like changing the hit points of a monster to speed up combat or increase threat. Other dials are much bigger, pulling out combat encounters or even entire levels of a multi-level dungeon.

When we're running our D&D games, the world is ours to manipulate to give us and our players the best four hours of entertainment we can create.

Keep your hands on the dials.