The 5th Edition of Dungeons and Dragons doesn't focus on building detailed set-piece encounters like 4th edition did but the same techniques work just as well with this new version of the game. While many battles in 5e will be quick-moving fights between a pile of monsters and our heroes, sometimes you want a big and dangerous fight with a lot of interesting things going on.

Today we're going to look at one specific set piece you can put into an encounter that will make an encounter more interesting than a standard combat. 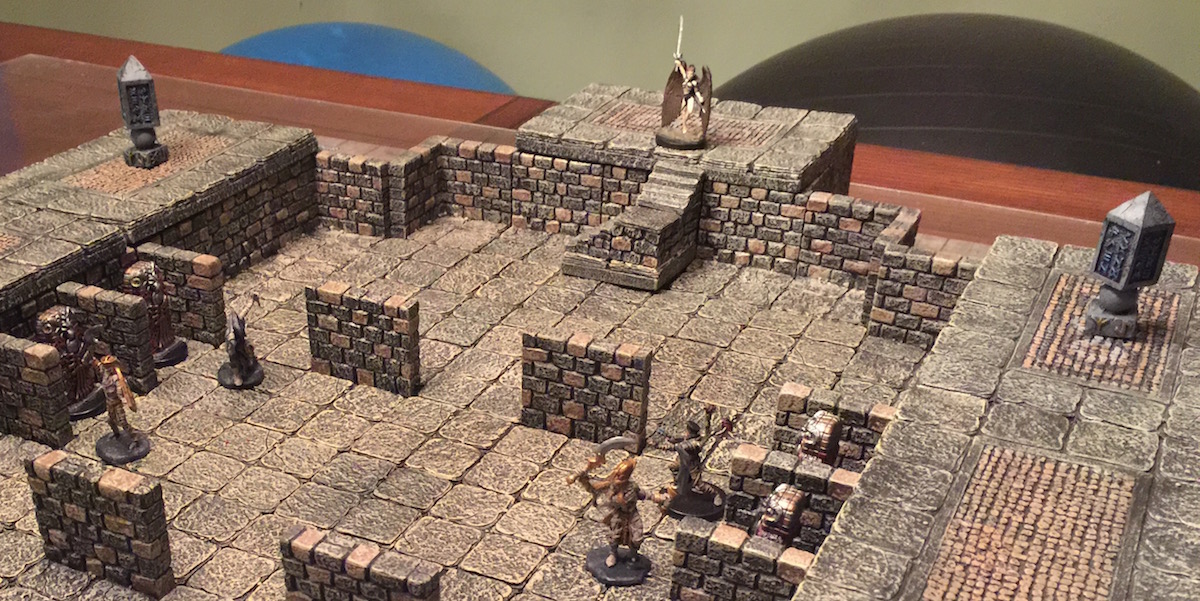 Mechanics of the Unhallowed Pillars

Each pillar has a particular effect tied to it. Destroying a pillar can be done with a number of potential actions. Here are the general mechanics:

You can choose a number of potential effects a pillar might have. Here are two examples.

This ability opens up more options for a battle. PCs who cast powerful spells or effects won't feel their spell is wasted if it destroys one of these nasty pillars. We DMs won't feel screwed when our big bad devil is targeted with a Banishment and fails the saving throw.

Another Tool in the Toolbox

These sorts of things are easily overused. Instead of dropping evil pillars into every one of your battles, save them for the battles where they make sense to the rest of the story. Put them in your DM's toolbox and take them out when they add more fun to the game.