Mordenkainen's Tome of Foes includes a wonderful and deep section on the githyanki, the strange conquerers of the astral plane. Volo's Guide to Monsters includes a similar chapter for mind flayers. These planar invaders are pure D&D, a creation with no background in old mythology or previous fantasy stories. Thus, they're a unique story element of D&D.

In a previous article I built an outline of a 1st to 20th level gnoll campaign intended to inspire DMs to build their own campaign outlines or to thread a gnoll storyline in their own worlds. It proved to be a popular article so we're going to do it again with a 1st to 20th level campaign based on the war between githyanki and illithids. Like the gnoll campaign, I'll include seeds for each tier of play describing a situation and a location. This outline makes heavy use of the githyanki material found in Mordenkainen's Tome of Foes and the mind flayer material found in Volo's Guide to Monsters. It's worth giving those chapters a read if you want to build a campaign like this one.

Let this outline inspire you to consider your own campaign arcs and your own one-paragraph D&D adventures. Take of it what you desire and leave the rest for the crows. 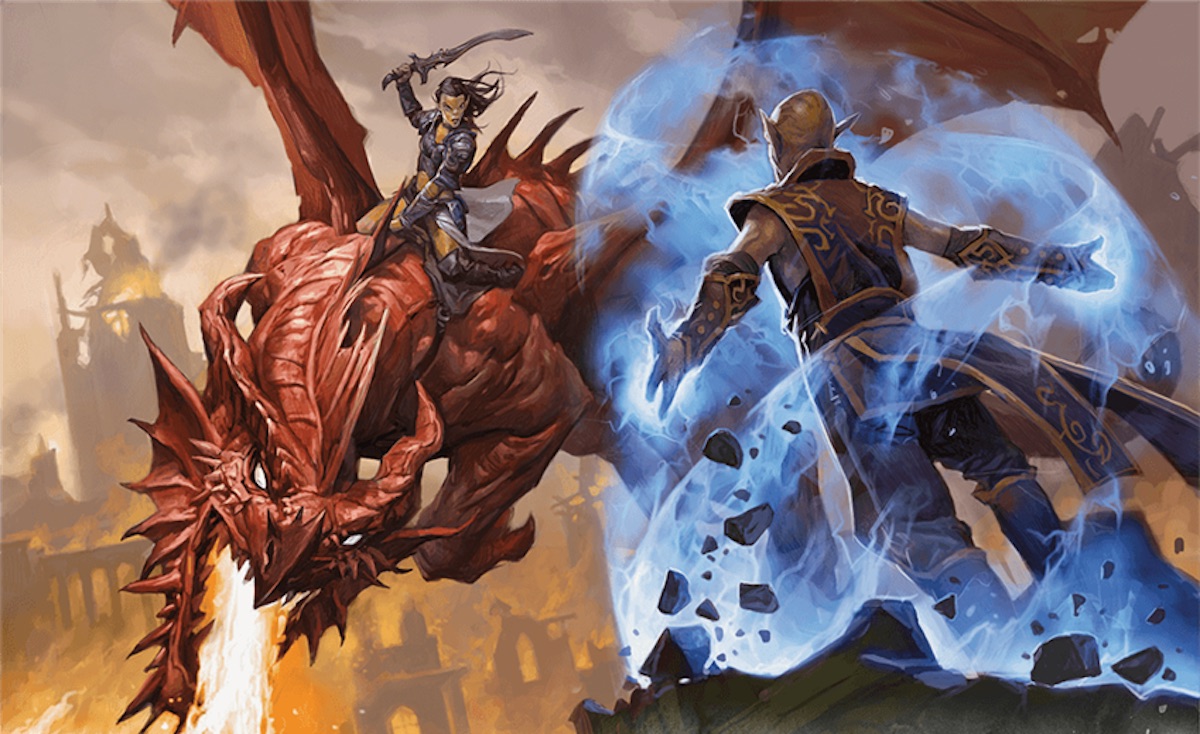 Campaign Pitch: The Harvesters of Worlds

Save the world from the war between the githyanki and the mind flayers.

The githyanki have targeted your homeworld with an intent to pillage, purge, and destroy it. Believing the world to be tainted by illithids, the githyanki have marked it for destruction. Throughout this campaign the characters get caught between the illithids and the githyanki in a war that spans both this world and many others.

In this adventure, tuned specifically for 1st level characters, the characters face off against a ragtag group of bandits hiding out in a strange cave with twisted rock pillars depicting strange alien humanoids. A number of crushed eggs are found among the bandits with one egg still intact. The possessor of the egg has strange hateful dreams of violence. The bandits planned to bring the egg to their captain who has been hunting and collecting them. A local arcanist recognize the egg as something beyond this world and potentially dangerous. The arcanist hires the characters to learn more of the eggs and why the bandits seek them out.

In this tier the characters learn that both githyanki and illithids hunt for a clutch of lost githyanki eggs.

The Touched Captain. A bandit captain corrupted by an intellect devourer seeks the site of a clutch of githyanki eggs. The captain's fellow bandits believe their captain to be touched by a divine entity. The captain resides in an alien ruin of twisted shaped stone deep within a cave.

The Idol. An old map sketched on slate leads the characters into a hidden series of strange alien caves beneath the earth. Within they find a statue of an illithid and signs of their former inhabitation of the area. Tribes of grimlocks worship the remnants of the mind flayers as idols to lost gods.

The Crashed Ship. The characters hunt in the depths of the underdark for a crashed githyanki ship containing a clutch of githyanki eggs. There they face off against profiteering adventurers and orc and ogre servants of the mind flayers who likewise seek the eggs.

The Hunters. In the final adventurer of this tier, two githyanki warriors hunt the characters and seek the egg they found. Even if they recover it, they condemn the egg's possessors to death. The characters learn that these two githyanki are part of a larger force intending to infiltrate this world, raid it, and potentially destroy it.

Tier 2: The Cresche of the Githyanki

In this tier the characters defend the local region from an assault of githyanki seeking a crashed mind flayer vessel containing a creshe of githyanki eggs.

The Coming of the Knight. A githyanki knight riding atop a young red dragon comes to the world to command the githyanki forces who seek to root out and destroy the illithids. Her outpost, a floating citadel of shaped stone, floats above the village of Whitehorn whose residents find themselves enslaved by the knight's githyanki warriors.

The Wrecked Nautiloid. The characters hunt down and locate a wrecked nautiloid, a ship of the illithids. Within it they hear the whispers of the nautiloid host; the former sentience that powered the vast ship. The characters explore the derelict ship hoping to recover a crystal containing something of great significance to the illithids or to scuttle the ship before the illithids can recover it themselves.

The Dead City. The characters race against a githyanki hunting party in a huge abandoned mind flayer city in search of an orb containing a map of a number of mind flayer lairs in the world. During their exploration they face a number of abandoned drow, duergar, and stone giant illithid thralls and eventually face a hideous neothelid grown from the abandoned brine pool of the dead elder brain.

The Creche. The characters learn of a nautiloid ship filled with mind flayers and their thralls headed towards a githyanki cresch containing a host of githyanki eggs. Should the mind flayers succeed, they will begin building a new army of viscous warriors that will storm across the lands. If they succeed in thwarting the illithids, they must then choose whether to return the eggs to the githyanki or destroy them and hope to thin the ranks of their foes.

Tier 3: Hunt for the Veskessa

The characters learn of a huge githyanki warship called the Veskessa that travels through the astral plane to reach the world and begin their planetary scourging. The characters must find their own astral vessel, hunt down the Veskessa, and stop its assault.

The Silent City. The characters enter an illithid city at war with the githyanki. They must face both githyanki and illithid foes as they make their way to the elder brain seeking the buried nautiloid hidden in the city.

The Elder Brain. In the inner sanctum of the illithid city, the characters meet an unlikely but potential ally in a ulitharid who seeks to break away from the elder brain and leave it dead and decaying behind it. The characters must choose between the githyanki assault force, the elder brain, or the rogue ulitharid to gain access to the nautiloid ship within the silent city.

The Astral Rift. Aboard their new astral craft, the characters travel through the astral plane, facing an astral dreadnought and finding ruined planetoids where the illithids and githyanki once warred. They seek artifacts in order to hunt down the Veskessa, the massive githyanki warship that threatens the world.

Stillness in Chaos. The characters must fight their way through an army of slaads in the plane of limbo and treat with the githyanki's adversaries, the githzerai. There they must learn how to destroy the Veskessa and find a weakness in the githyanki leadership to steer them away from their conquest of the world. 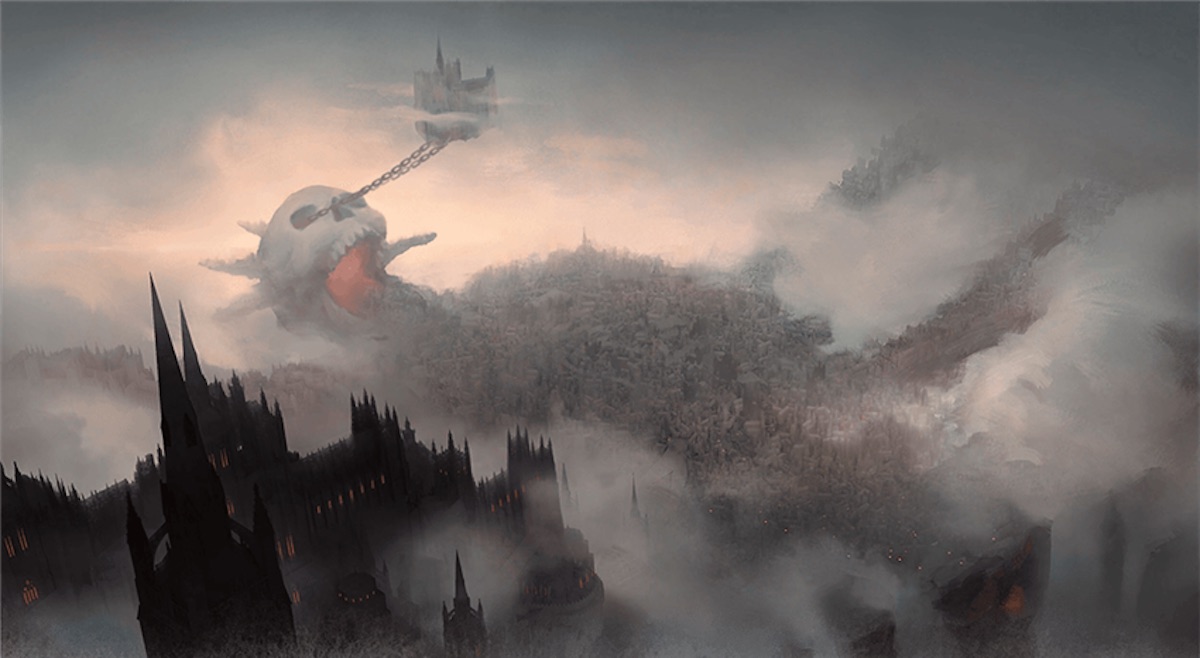 The War of the Gray Sky. The characters must travel via astral skiff to Tu'narath, the fortress of the Vlaakith the Lich Queen. Along the way they are assaulted by dragon-riding githyanki knights and githyanki Kith'rak aboard war skiffs.

The Lost Tunnels of Tu'Nareth. The characters travel through the ancient and lost caverns beneath Tu'Nareth seeking a "safe" passage through the city of the githyanki through its most shadowed corridors. Within the tunnels they are hunted by a group of githyanki gish. There they meet forgotten foes and unlikely allies.

The Cathedral of Syn. The characters discover an ancient and lost temple deep within the caverns below Tu'Nareth surrounding a gaping wound that leads to the Far Realm. There the terrible high priests of Syn, star spawn larva mages and star spawn seers, preach foul words to a flock of twisted star spawn grues, star spawn manglers, and star spawn hulks. The characters must learn the foul truth of Vlaakith from the priests or their moldering tomes.

The Lich Queen. The characters infiltrate the fortress of Vlaakith. There they reveal her dark truth and create a civil war among the githyanki before facing Vlaakith the Lich Queen and her adult red dragon guards. 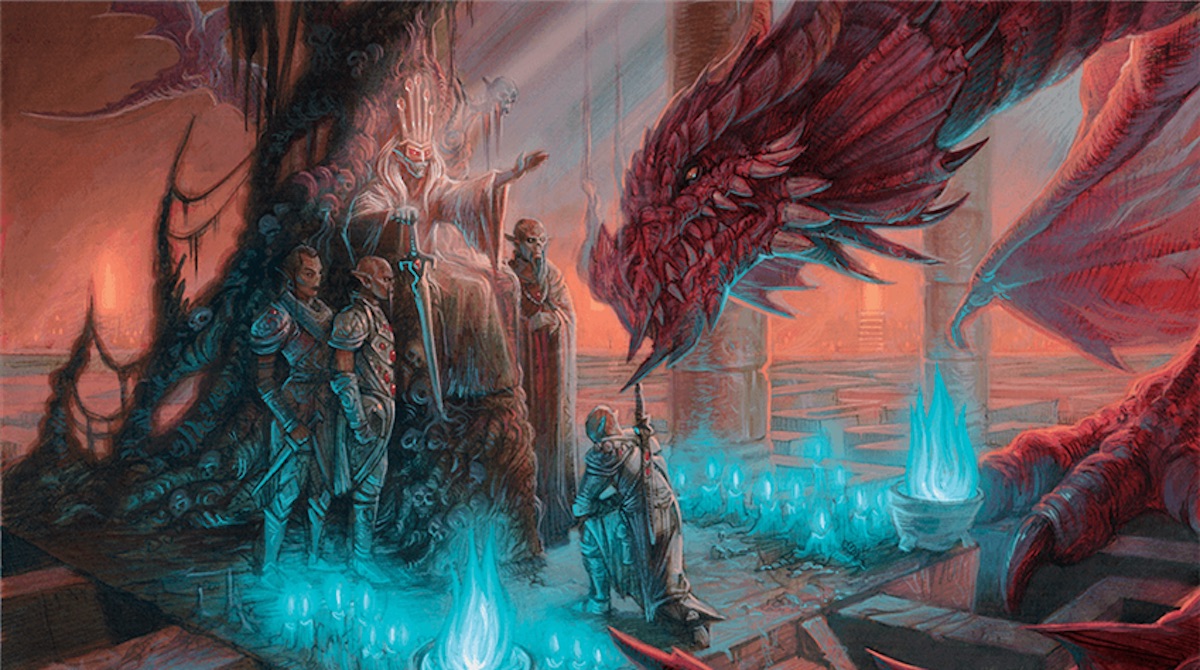 This is but one example of a campaign arc that one might put together when running a longer campaign. This arc is probably more than a DM would need to develop their own. Often all we need is a north star ("Stop Vlaakith and the githyanki from destroying the world") and our seeds for our next adventure ("The characters hunt down a strange and ancient egg from a mad bandit captain."). Then we follow the steps from Return of the Lazy Dungeon Master! Repeat each week for a years-long campaign of excitement and adventure.

For another example of a larger campaign arc like this, see Appendix C in Ruins of the Grendleroot which contains a full 6th to 20th campaign arc for the return of the Magocracy of the Black Star; a central villain in the book of adventures.