Today we're going to talk about how we choose targets for our monsters when running our Dungeons & Dragons games. We'll focus on two ways in particular: 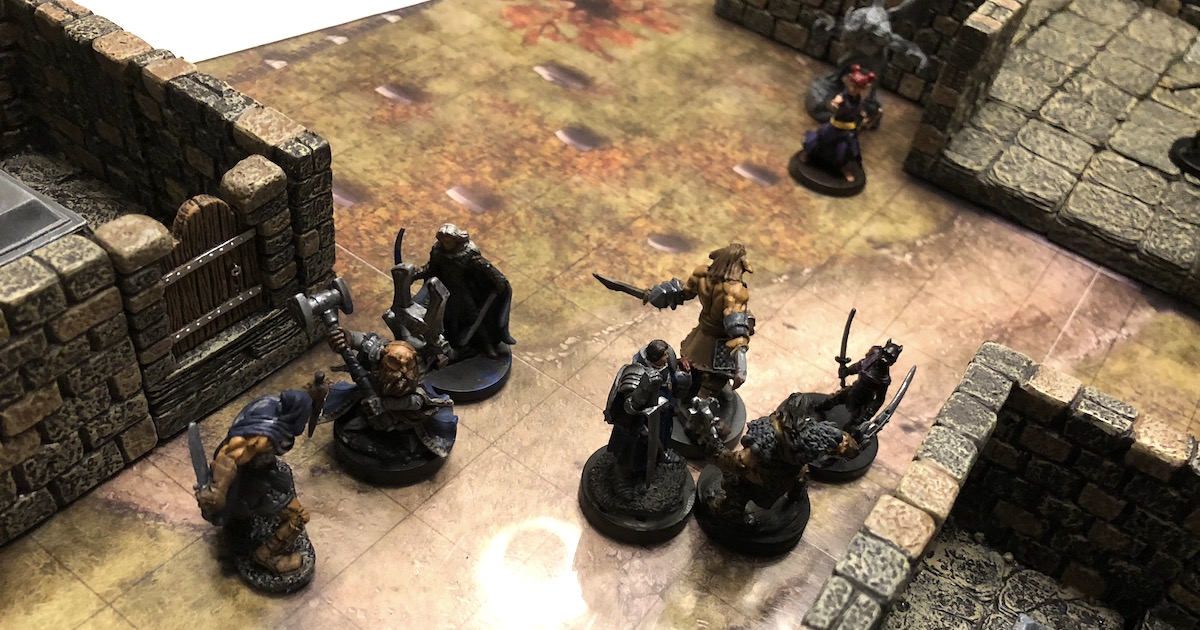 What Would the Monster Attack?

Our first decision puts us in the mind of the monster. What would it likely attack? Is it smart? Does it know how to defend itself? Will it accept opportunity attacks to break away from a melee? Is it cowardly? Lots of questions go into the motivation of a monster and what target it chooses. Smart monsters will know to try to hit spellcasters to break concentration. Brash monsters will break away from an adjacent enemy to attack someone it hates more; thus provoking an opportunity attack.

Smart monsters, like lichs, will know which spells to use against which characters based on their likely defenses. Dumb monsters will just attack randomly.

Whenever it isn't clear which character a monster will attack, and this might be most of the time, we can choose targets randomly. Choosing random targets has a major advantage: rolling randomly to determine targets breaks us out of unconscious biases. We might not think we're picking on one particular character but what if we're doing it subconsciously? How could we tell? Sure, we might pick up some body language, but what if we're even blind to that?

One way to ensure we're not favoring or picking on anyone in particular is to randomly choose targets when the monsters don't have a clear reason for attacking one particular character. It also makes the whole battle more dynamic.

If a warlock puts a hold person on four scorpion cultists, however, that warlock just became a big glowing target for intelligent monsters so they can break concentration and get their friends back. That's where we go back to rule 1: do what makes sense from the point of view of the monsters.

These methods of choosing targets break us away from thinking too tactically during combat. Instead of treating combat as a competition between the intellect of the player and the dungeon master, we continue to focus on the story by thinking through the eyes of our monsters instead of thinking like a competing player in a board game. This is what separates D&D from other tabletop games. We're always immersed in the fiction of the game whether we're roleplaying a lord's chamberlain or deciding who the bugbear assassins are going to attack.

Most of the time, we can assume a monster will drop a character to zero and then move on to another enemy instead of attacking the unconscious character. If the characters, however, are continually being healed up and brought back into the battle, a monster with any brains at all will start hitting them until they stop getting back up.

This is an area where we DMs have to consider the fun of the group and the pacing of the rest of the game when we make a choice like this. There are choices that makes sense from the tactics of the monster and choices that will put our whole game on hold if a character dies. If our game is particularly rough, like the meatgrinder mode of Tomb of Annihilation, we might let the players know that death can come quickly and thus they should have spare characters ready to fill in when their main character dies. If this is established clearly, the gloves are off and monsters may very well attack unconscious characters.

Our philosophy on attacking unconscious characters is worth considering before it suddenly happens at the table.

Thinking About the Small Parts of Our Games

This might seem like a small topic but sometimes it helps us to spend some conscious energy looking at the small choices we make when running our game. This helps us focus on bringing the most fun to our game. If we can use a two-step rule for targeting that helps us avoid playing favorites, we can reduce the feeling of competition between DMs and players and focus the game on the story we all share around the table.