In the book The Dark Forest by Liu Cixin, all of the communication of human beings has been compromised by alien supercomputers the size of protons called "sophons". The only way humanity can build a strategy to combat these aliens is if a small number of people, known as Wallfacers, come up with that strategy completely in their heads without describing a single part of it to anyone else.

Our brains are amazing simulators of the universe (perhaps many universes). We have never built computers capable of building simulations as rich and powerful as the ones we have going on in our brains all the time. This is what makes D&D such a compelling game, it's a shared simulation processed across the brains of everyone at the table.

We've talked before about playing D&D anywhere, even if you don't happen to be sitting at the table with a bunch of friends. We've also talked about the power of developing our own DM's brain attic. What if we happen to be by ourselves, our cellphone batteries dead and our pens fresh out of ink? How can we play D&D entirely in our heads?

In the ways of the lazy dungeon master and in our construction of fantastic locations, we ask ourselves a series of questions that helps us prepare for our next game. These questions help steer our wonderful brains into the right direction, focusing our time and energy on the activities that create the biggest impact towards improving the fun of the game. Many of these activities are simply thinking about the right questions such as "where will the game start?" or "what three scenes do I see taking place in the next session?"

What other questions might we consider when we focus our minds on our games? What are the questions that help fire up our creativity to build fantastic D&D games? What happens when we, ourselves, become wallfacers?

Today we're going to look at a few questions that help us steer our brains into the right direction to come up with great ideas for our D&D games. We can pick one or more of these questions and give ourselves some time to ponder them and see where they lead you.

What is the villain doing right now?

This is a favorite of mine—one I often use to put myself to sleep at night. In our campaigns we likely have one or more villains. These villains aren't just sitting around waiting for the characters to show up. These villains have quests. They're doing things. What things? What are they doing right now?

For example, While our characters are busy exploring the ruined castle of Argynvostholt, Strahd the Vampire Lord is watching them, sending out his minions to plant seeds of terror in the villagers of Valliki, or hunting down the whereabouts of Ireena Kolyana. He's doing things.

What are our villains up to right now?

Who are the characters in my game? Where did they come from and what do they want?

We talked at length about this in Preparation Step Zero: Review the Characters. The more we think about the characters; who they are, where they came from, and what they want; the more we're likely to take that into account as the unformed gray ethereal matter of our games starts to become solid people, places, stories, and events. Running down a list of each of the player characters is a great way to start any prep session, even if we're just taking a walk in the park, falling asleep in a boring class, or stuck in traffic somewhere.

If you're having trouble remembering much about the characters, write down their info on your very own campaign worksheet and take a picture of it with your cellphone so you can read over it on the go.

What character hook can I pull into our next game?

Likewise, we can aim our fantastic supercomputer brains on the question of how to hook the characters into our next game. How can we steer our next game to highlight one of the characters? What interesting piece of their background can we pull in? Did they have a villain in their past that's coming to town? Is an old relative going to show up? Is a revenant seeking that magical sword they bought at the shady vendor in Waterdeep? Are they about to be arrested for a crime they committed in Amn years ago? Is their intelligent sword about to rebel? While we can't simulate how those characters will act, we can simulate what the world will do around them. What interesting situation will a character find themselves in next session?

What secrets can the characters uncover?

We talk a lot about secrets here at Sly Flourish and this is a prime example of the sort of question that can drive the creation of secrets. In our campaign world, whether our own or a pre-published one, what pieces of history might the characters discover? We don't need to write a novel, nor should we. A line or two will do. How many can we remember without having to write them down?

The key to steering this question is focusing it on things the characters can actually learn and that players will find useful and interesting. "Why will they give a shit?" should be the question first and foremost in your mind. This prevents us pontificating and pondering irrelevant crap.

What secrets will the characters discover? 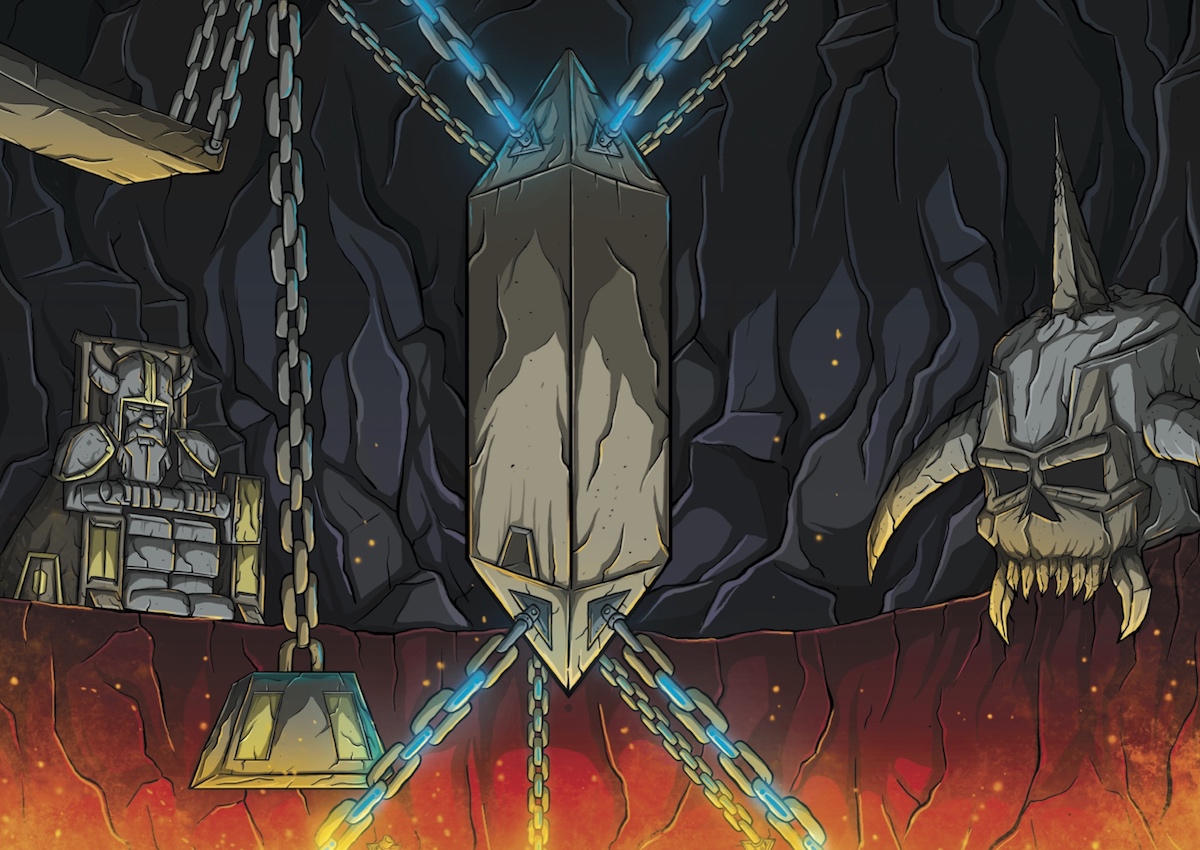 What are three fantastic features of this location?

This is the key blueprint to the construction of fantastic locations. Whenever we come up with an interesting location, big or small, we can ask ourselves to note the three fantastic elements of this location. Does this old keep nestled between two mile-high waterfalls? Does this hill-side mine glow an incandescent blue in the dead of night? Do these strange narrow caves seem to breathe sulphuric gas?

Coming up with a single fantastic feature usually isn't hard. A second one isn't too terrible either. The third starts to get tricky but that's often where we find something really unique. Going with our first response alone usually isn't the best answer.

What are the three fantastic features of this location? 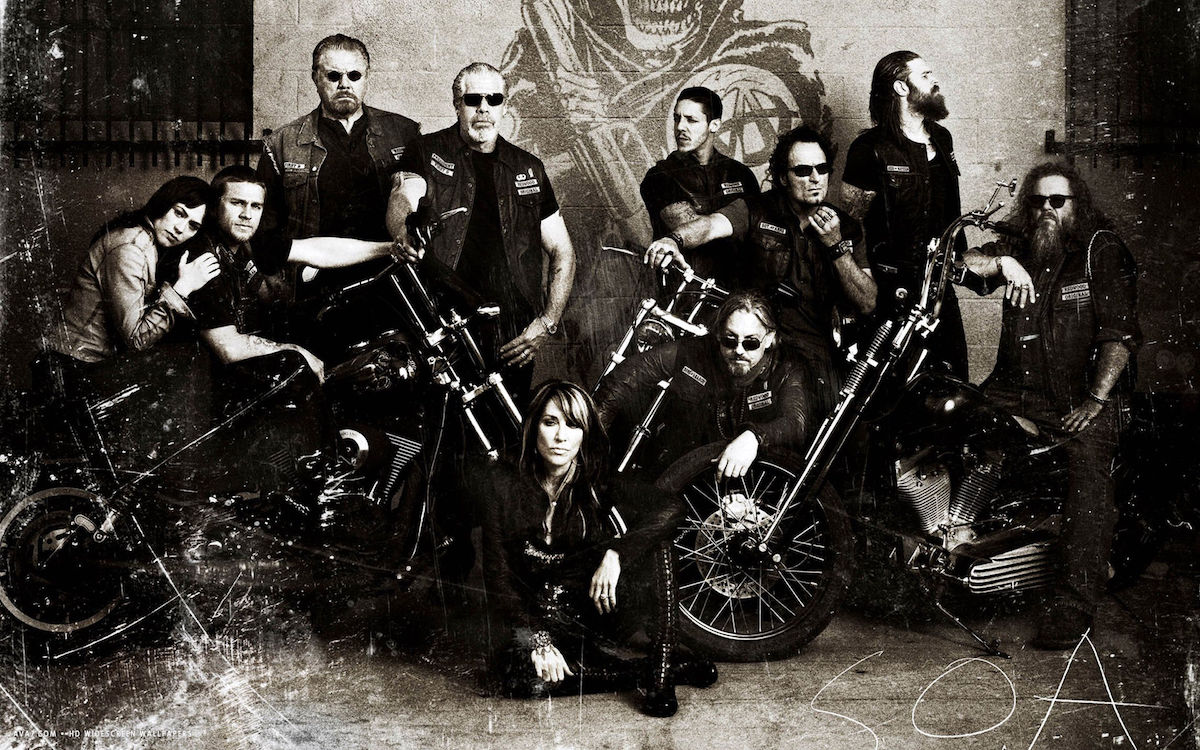 What interesting NPCs can I draw from books, TV shows, or movies?

Interesting NPCs are a cornerstone to a great D&D game and we needn't look much further than the characters in our favorite movies, TV shows, or books. Jack Teller of Sons of Anarchy would make for an excellent Xolken, the head of the Seven Snakes Zhentarim mercenary group in Storm King's Thunder. In fact, most of the biker gang from that show would make excellent models for Zhentarim field agents on the Sword Coast.

It's very possible, if we let our mind wander with wanton abandon, that it might focus upon questions that aren't as valuable to the strength and joy of our game. Here are a couple of examples:

What will the players do?

When we try to predict how our players will behave, we're likely wasting our time. We're back to attempting to simulate the brains of other living people and that just doesn't work. It's unlikely we can guess, beyond a few obvious next steps, how our players will react to something.

Instead, we can focus on creating interesting situations and become delighted when they choose paths we never thought of.

What is the long history of this world?

Any history we decide to create should be history exposed to and relevant to the characters. Often it's better to draw this out in small pieces rather than all at once. No one needs a history lesson on the empire of the Netherese but learning about a Netherese royal assassin through his sentient shadow-bladed dagger might get the players' attention. Break up our history into tiny bite-sized chunks when can tie to objects, magic items, tavern rumors, or other pieces of discovery throughout the characters' adventures.

How can I fuck with the characters?

I heard this idea come up a couple of times when discussing it on Twitter and it's not one I am fond of. Instead of building situations specifically designed to screw with the characters, we can build interesting story-relevant situations and see how they react.

In many conversations discussing encounter balance and as a theme in the 2016 D&D DM Questionnaire Results, it's clear that many GMs prefer to build situations, scenes, and encounters that make contextual sense for that part in the story, not ones balanced for the current power of the characters. How the characters choose to react to it is up to them. This can be a much stronger approach to take than setting out from the get-go to screw with the characters directly.

Our brains are amazing simulation machines beyond any we might comprehend. They can simulate entire universes, drive us completely mad, or, sometimes, both. If we put some structure to our thoughts, we can steer them to create fantastic stories, characters, and worlds for our players to explore.

The next time you're out for a nice walk in the autumn air, take some time to ponder one of these questions. You might discover something wonderful in your very own head.