Darkvision Isn't As Good As You Think

Creatures with darkvision in darkness have disadvantage on Wisdom (Perception) checks and -5 to their passive perception. Light up those torches, dungeon explorers! 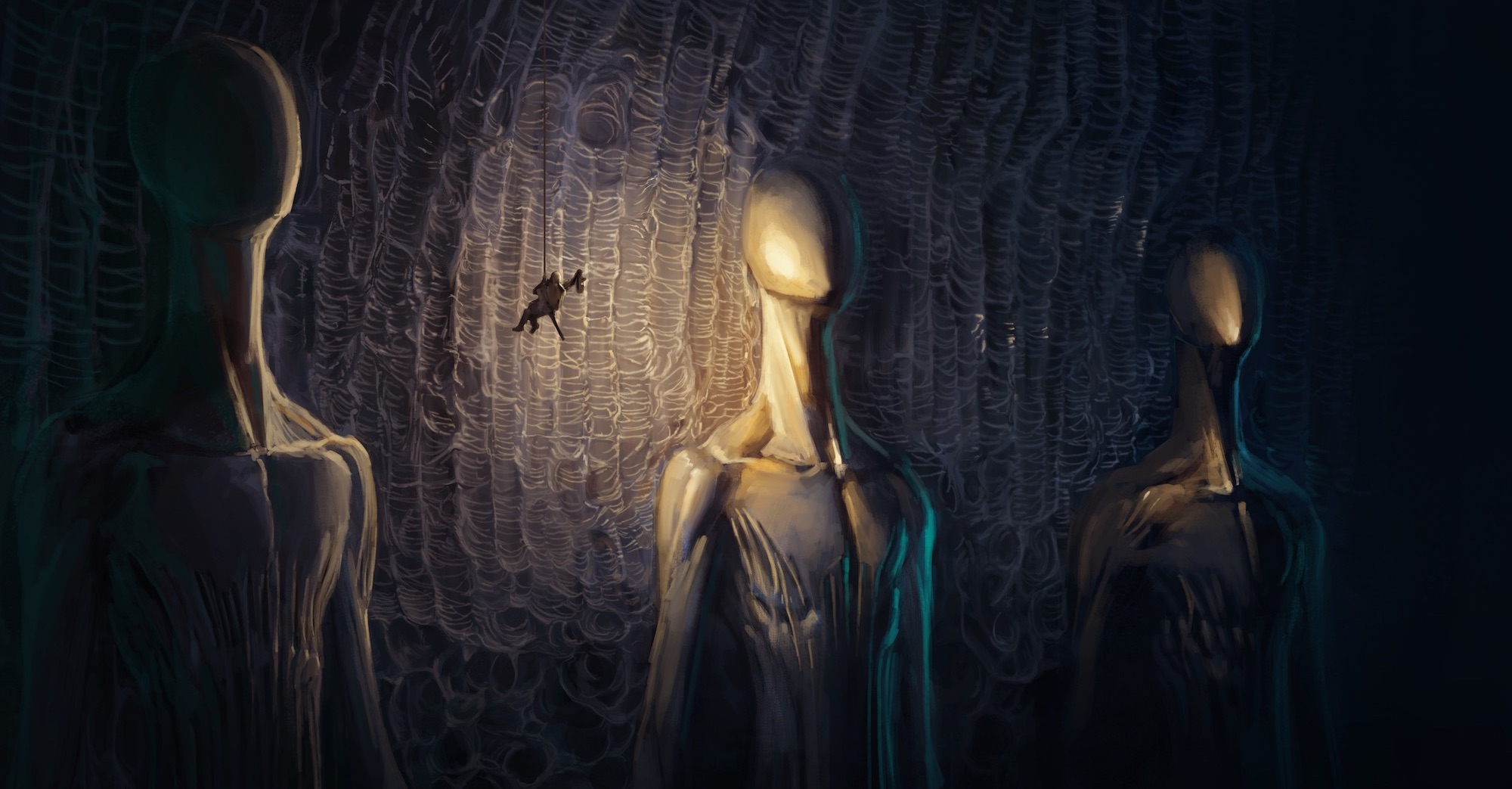 In many D&D games, any sort of light such as torches, lanterns, use of the light cantrip, or other forms of illumination are shunned in favor of character races possessing darkvision. Darkvision is treated as a perfect way to navigate the darkest corridors, tunnels, and dungeons in our D&D games.

Except it doesn't work that way.

This is actually the combination of three rules so it's easy for players and DMs to miss it. Here's the description of darkvision from chapter 8 of the Player's Handbook:

Darkvision. Many creatures in fantasy gaming worlds, especially those that dwell underground, have darkvision. Within a specified range, a creature with darkvision can see in darkness as if the darkness were dim light, so areas of darkness are only lightly obscured as far as that creature is concerned. However, the creature can't discern color in darkness, only shades of gray.

Here's what happens when you're in dim light also in chapter 8 of the Player's Handbook:

A given area might be lightly or heavily obscured. In a lightly obscured area, such as dim light, patchy fog, or moderate foliage, creatures have disadvantage on Wisdom (Perception) checks that rely on sight.

And finally under "Passive Checks" in chapter 7 of the Player's Handbook:

If the character has advantage on the check, add 5. For disadvantage, subtract 5.

Joining these three rules together we come to this:

A character with darkvision has -5 to passive Perception checks while within darkness.

Most of the time, characters in dangerous areas won't want -5 to their passive Perception checks or to have disadvantage on Wisdom (Perception) checks. They'll want to light the area up if they want to be careful. Darkvision is no longer Superman's see-everything vision. If the group decides they want to be sneaky, they're going to miss those traps. If they light up those torches, they might give themselves away to lurking enemies.

Of course, the same thing is true for our enemies. Monsters with darkvision are just as likely to miss that stealthy rogue if they don't have lights of their own. Will they risk it? Only creatures with blindsense have no need to worry.

Choosing whether to light up or not is one of those fun in-world decisions that makes D&D fun. Instead of having a cure-all to the problem ("I have darkvision, we're fine), the players have to make hard choices with consequences. Sure, you can rely on darkvision, but you may step into a spiked pit trap you might otherwise see.

The next time the characters enter an old crypt, best to remind them of the dangers of relying completely on darkvisioon.