With the recent release of the Desert of Athas D&D Dungeon Tiles, we now have many options for desert environments of all types. It is up to us to turn these environments into exciting, dynamic areas in which to battle the forces of evil. Today we're going to look at five environmental effects and terrain powers to turn these stark deserts into areas of life and adventure. 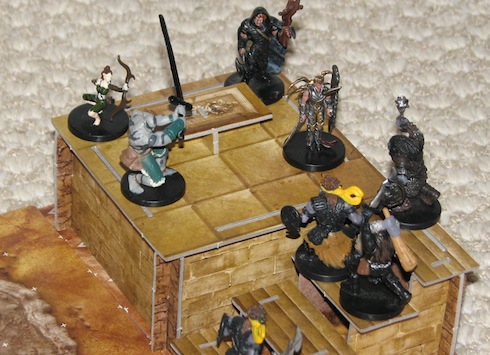 Long ago, an ancient warrior king was laid to rest in this sarcophagus. His spirit, however, does not rest well. Anyone who goes adjacent to the tomb will take 5 cold and necrotic damage per tier. However, should they manage to bluff, engage in diplomacy, perform religious rights, or impress the spirit of the tomb with their fearsome demur, the adjacent creature can instead add 1d6 cold and necrotic damage per tier to their next attack. 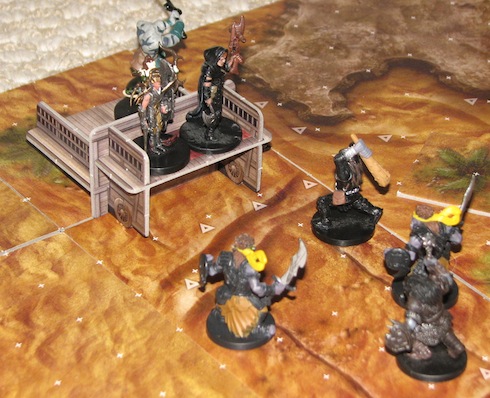 This abandoned cart acts as both an area of protection and a possible machine of war. Any creature adjacent to the cart gains cover. Any of the squares within the cart count as difficult terrain. Any adjacent creature can perform the following terrain power once per battle:

Push the Cart (Single Use Terrain)

With a mighty heave, you push the cart and crush your foes.

Hard DC Athletics check to push the cart. The cart rolls towards the opposite end of the map. It moves through any creature's square and performs the following attack against any creature it rolls through: Level + 3 vs Reflex 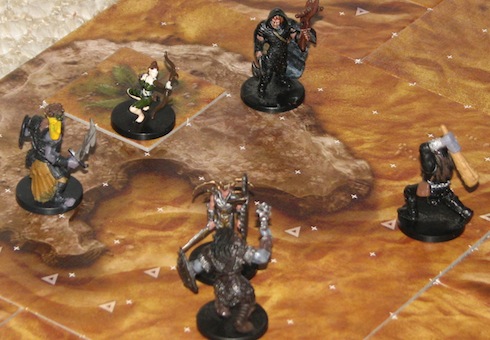 This plant buds a particularly dangerous burr. It sticks to clothing and, more dangerously, to skin. If it pierces skin, it sends a venom into the afflicted, filling their minds with maddening thoughts. Any creature that travels through squares containing Doom Thistles must make a medium DC acrobatics check or suffer ongoing 5 poison and psychic damage per tier. As a minor action, an adjacent character can perform a hard DC thievery or nature check can pull one of the seeds free and coat his or her weapon. This character's next attack inflicts ongoing 5 poison and psychic damage per tier (save ends). 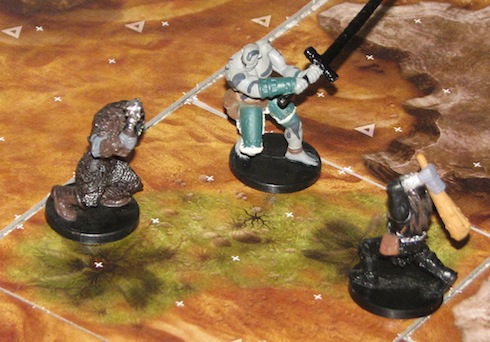 The ancient defiling magics of old sometimes created patches of a malevolent weed known as "deadweed". Smoked in tiny quantities by elves, it filled their heads with prophetic dreams. If taken too much, however, one might find themselves killed and reborn into something horrible. Any creature pushed into the deadweed finds themselves immobilized and taking 5 necrotic damage per tier. As a move action, a creature can attempt to break free with a normal difficulty Athletics or Endurance check. Alternatively, as a free action, a character can rip free from the weeded area and immediately take 5 damage per tier as their skin is torn from the deadweed's barbs.

A character can make a normal difficulty nature, history, or arcana check to discover the prophetic properties of the weed. When chewed, the character must succeed a normal DC endurance check. Doing so gives them +2 to their next attack roll as they're able to see their opponent's upcoming defenses. Failing this DC gives the character ongoing 5 necrotic damage per tier. 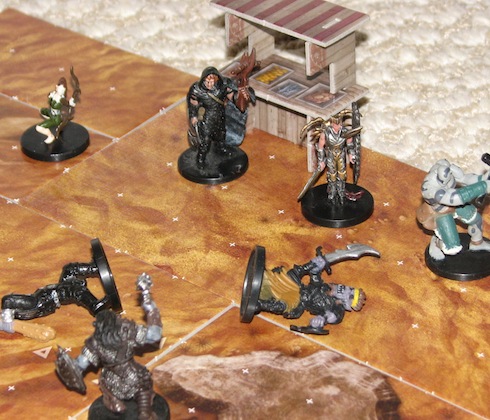 This fruit cart's goods can come in handy in a fight. Any adjacent character can perform the following attack:

Throw Fruit (at will terrain power)

You grab a piece of fruit from the fruit stand and hurl it at your foe.

-2 defenses until end of target's next turn and the target is knocked prone.

If the fruit cart is subjected to an area blast or burst attack, the cart and its contents explode causing 1d6 damage per tier to all adjacent creatures and knocking them prone.

These are just a sample of possible environmental effects one might add to your desert encounters. Experiment with some options and always try to find something your players can do in the environment to make it as interesting as possible.