There are as many ways to design a D&D adventure as there are DMs to run them. Whether you run an adventure as written or improvise everything right at the table, we must always develop and describe fantastic environments to fuel our players' imaginations. Today we're going to look at designing interesting locations the lazy DM way. It's more work than three bullet points on a 3x5 card but a lot less than you might think. More importantly, this method for developing fantastic locations fills your head with ideas that will spill out at the table without smothering the creativity spontanously combusting during your game. 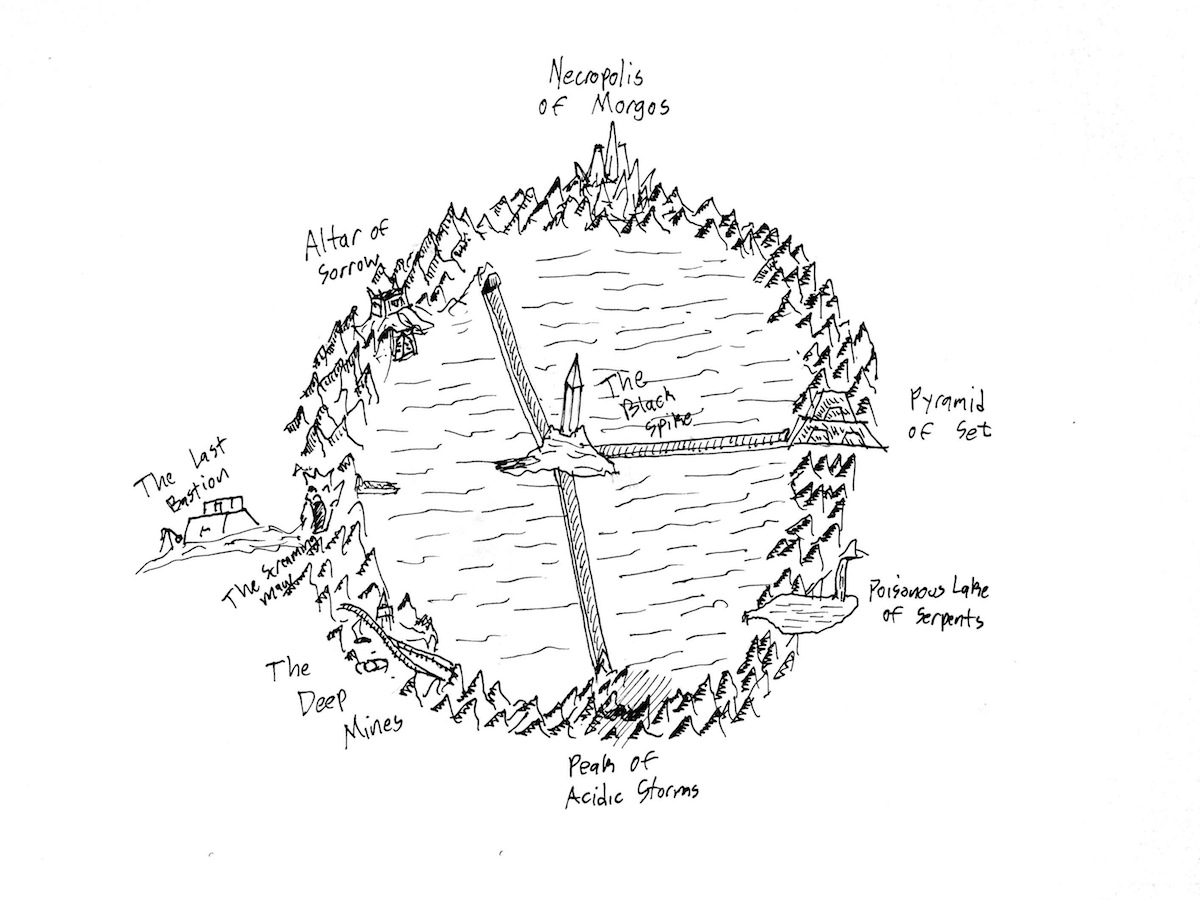 Here's a brief summary of this method for developing fantastic locations.

Besides step one, this sounds deceptively simple, but it's really not much harder than you think. Jotting down the large chunks and the specific details of your area is a lot faster than trying to absorb an entire dungeon from a published adventure and gives you a lot of room to fill it in with your own interesting details. Like many of the tools of the lazy dungeon master, it's designed to give you enough material to feel comfortable without so much that you can't let intersting things happen spontanously at the table. Let's dig into these steps in a bit more detail.

We've discussed the importance of filling your skull with fantastic ideas before in Develping Your DM Brain Attic and Getting Ideas. Good ideas come from everywhere, both in the real world and from the minds of other creative beings. Use everything you can to help you model the location you want to create. There is no such thing as theft with this idea. Everything is available to you. Fantasy art, in particular, can give you some great ideas for adding the fantastic in a fantastic location. Spend some time surfing Deviant Art and you're likely to find something to fire up the imagination. 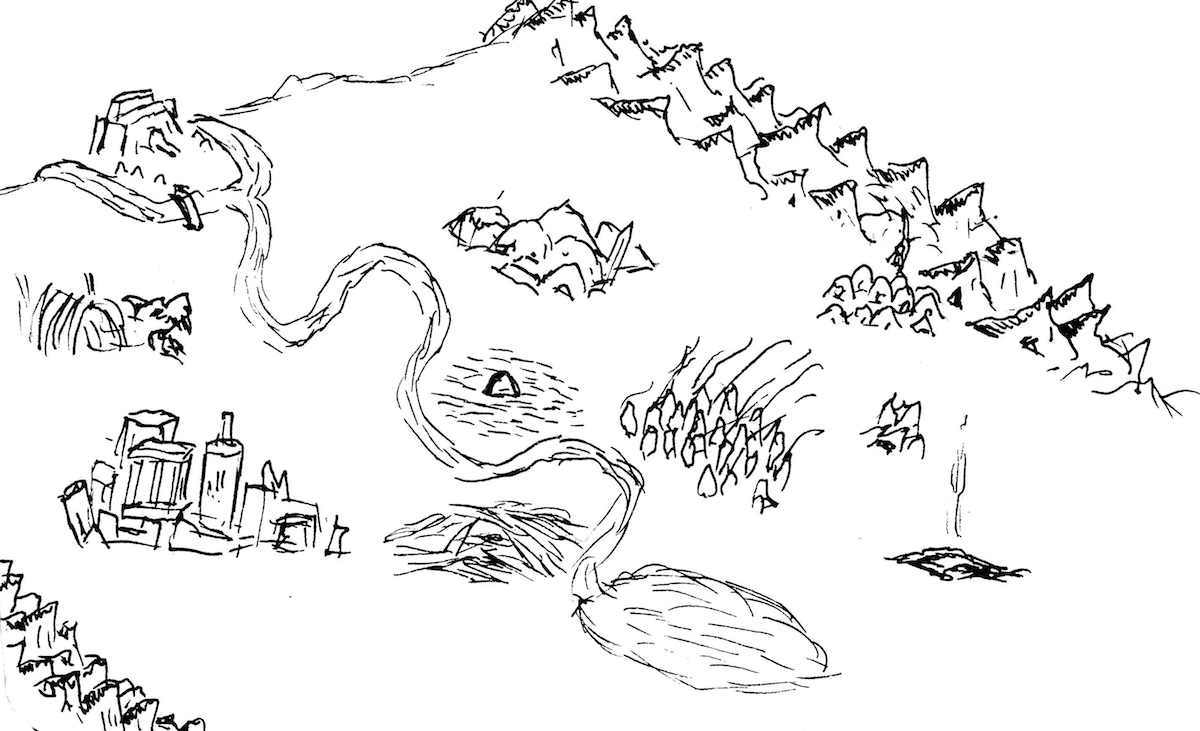 With your head full of fantastic imagery, start writing down the big areas you see the PCs potentially exploring. Use specific names even though you're writing down big chunks. The "Altar of Suffering" evokes more than "Evil Altar" and "Xarak's Tomb" is better than "Old Tomb". Even if you have no idea who the hell Xarak is, it helps you get some neurons fired up thinking about it. If you find yourself skipping over one of the big areas, it's probably not that interesting to you and likely won't be for your players. If you write down a location name and have to physically restrain yourself from writing a Robert-Jordan-sized epic series about it, you likely have a winner.

Once you have a good number of big and interesting areas, you can start to put in some details for the ones you think your PCs might explore next. Like the big areas, these specific locations should have a bit more detail in their name but not so much. "Queen Lareth's Bedchamber" is just fine as is "Chamber of Bloodletting". "Kitchen" is a bit boring but "Kitchen of the Mad Ogre Cook" can work well. Again, you don't need a ton of these but you want enough to build the structure of the location in your mind. It doesn't have to be complete, either. You can and should leave blanks that you and your players can fill in as you play.

You also don't need to write down any detailed descriptions beyond the name. If you can evoke enough ideas as you're writing the name to play it out, you have all that you need. Any more might not only waste your time, but it might drive you to force the PCs into it and have them interact with it exactly as you had planned—which kills the fun of letting the story grow at the table.

Once we have a bunch of small locations tied to a few big locations, we can quickly connect the dots. Which rooms connect with which other rooms? How do people get from one major location to another? We don't need to draw out wonderful isometric maps for this. A few lines on a 3x5 card can give us enough of an idea how things connect up. Again, we want just enough for our players to feel like they're navigating a real place but not so much that we smother them or ourselves with too much detail and not enough flexibility.

As we mentioned, this method for designing fantastic locations is intended to leave lots of blank spots for us. It gives us enough of an idea of what we're talking about to run a fun game without so much detail that we either spend a year designing it or force our players down one particular detailed path. With our locations in hand, we're comfortable and ready to let our game grow.