Rime of the Frostmaiden Session Zero

This is one of a series of articles covering the Wizards of the Coast hardcover D&D adventure Icewind Dale: Rime of the Frostmaiden. The other articles include:

You can also watch my YouTube playlist of Frostmaiden Lazy DM Prep videos.

Clarifying the Theme of Rime of the Frostmaiden

Unlike other adventures, Rime of the Frostmaiden is designed as a book of related quests than a single cohesive storyline. While one might assume the drive of Rime of the Frostmaiden is to "end the eternal night", that drive isn't the best way to motivate the characters in the early parts of the adventure. Instead, we can motivate the characters to follow the wide range of quests in this adventure with the following theme:

"Help the people of Ten Towns survive the endless night."

This gives our characters a clear motivation to follow quests in the adventure wherever they may lead. A common complaint of Frostmaiden is that it lacks this single cohesive narrative that drives the characters through all of the material of the book. If, instead, we reinforce the theme that the characters are there to help the people of Ten Towns, just about every quest works well. 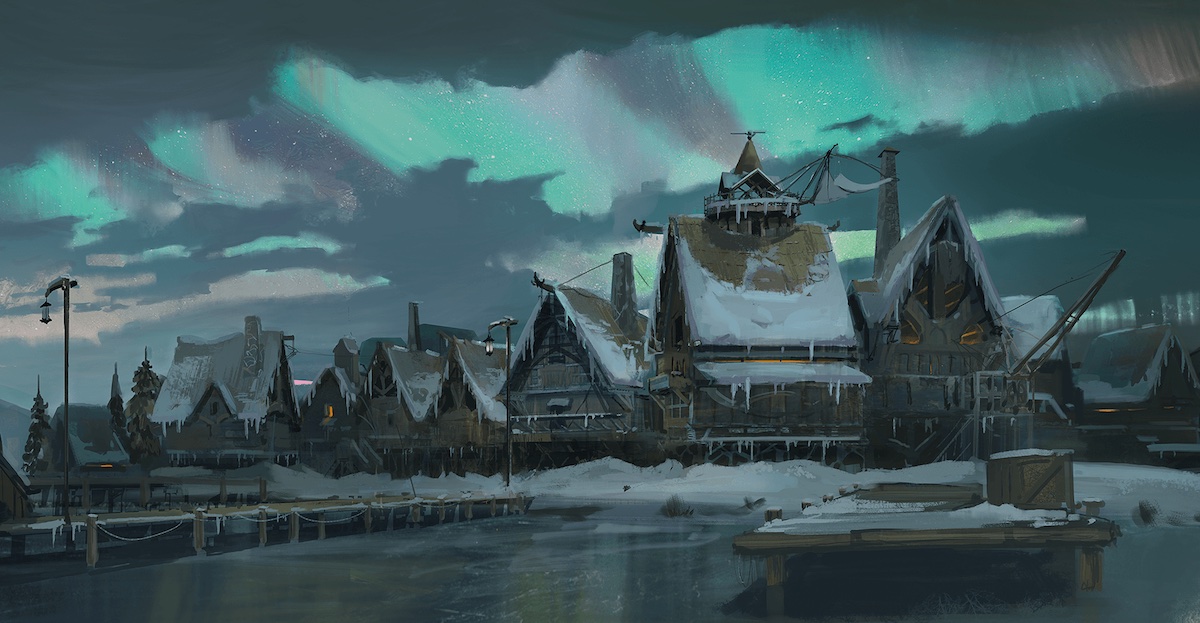 When we run a session zero, it helps to clarify our goals in a checklist. Here's my own Frostmaiden session zero checklist:

Rime of the Frostmaiden gives you the option to start in any of the ten towns of Ten Towns. It recommends, if you cannot choose, to select Bryn Shander, which is what I did. I've seen many discussions online about which town to start in but this one worked well for me.

For every campaign I run I like to give out a one-page campaign handout. Here's the PDF of my one-page Frostmaiden Campaign Handout. I usually give out these handouts a couple of days before the session zero so the players have enough of a chance to give it a read but not so much that their imaginations go wild and they come to the game with characters fully fleshed out. We want the players to build characters together so they fill in the right roles and build some inter-character relationships before we start.

The Importance of Safety Tools

Rime of the Frostmaiden is a rough adventure. Reading through the adventure, I came to the following potentially uncomfortable material:

Consider using the checklist from Monte Cook Games's Consent in Gaming to see if there are any issues players might have with the content in Icewind Dale.

Even after you've worked with your players to discuss the themes they're comfortable and uncomfortable with, you'll want some sort of safety tool in place during the game. Situations can come up quickly that may push a player out of their comfort zone and you want to ensure you can grab onto this quickly and move the story away from the subject at hand. This may seem overly cautious but it can happen to anyone, regardless of how long they've been gaming, and it's best to ensure you're steering the game towards enjoyment for all.

See this excellent safety tool reference by Tomer Gurantz for details on lines, veils, X cards, and so on.

In my own game I chose to use lines, veils, and a verbal X-card for our group in which anyone can say "pause for a second" over chat to break character and discuss whats going on out of character.

You can see more about how I use these in my safety tools video.

Tasha's Cauldron of Everything describes options for adding group patrons to our game and Frostmaiden is a great place to do it. You can spend some time reading through the adventure and choosing your own group patrons. I chose the following four:

If you're using the character secrets in Frostmaiden, it's better to let players choose them before they start building characters. In many cases the secrets have racial limitations and won't work if the players choose races outside of those tied to the secret.

I wasn't crazy about the secrets in the book. I found them too limiting and felt they took agency away from the player when building their characters. Instead, I offered randomly selected options from the list below which includes more open-ended secrets so the player has more room to fill it in with their own details. Use this list of alternative secrets if you prefer them:

One important tip for assigning secrets is to not let the players see the whole list so they can't guess what the secret is for another player. Instead, have them roll 1d20 and tell them privately what the secret is. If they like it, they keep it. If they hate it, they roll again for a new secret. They never, however, see the entire list of secrets so they can't guess what secrets another character has.

Rime of the Frostmaiden offers 13 potential starter quests but gives us no idea which ones work well at any given level. Instead, we have to figure it out or we face the potential of our characters becoming overwhelmed by a deadly encounter. Most of the time, at 2nd level and above, the characters my get over their head but can probably escape. 1st level, however, is the deadliest level in D&D by far. It really should have its own rules for encounter building.

Thus, I recommend running a short adventure specifically designed for 1st level characters to get them to 2nd level quickly.

In my own game, I began with the characters making their way to the Northlook Inn to meet with their group patron when they saw a number of figures (one for every two characters) hunched over and chewing on a body. When the characters investigate, these creatures reveal themselves to be ghouls. When the characters dispatch the ghouls, they investigate the body and discover that the ghouls were eating it but they clearly didn't kill it. Instead it was killed with an frozen dagger, the icy blade still in the lethal wound.

When they take their findings to their patron, they get 2nd level and are now better prepared for the trials of Ten Towns.

This introduction leads the characters to the larger Cold Open quest and their hunt for Sephek Kaltro. Sephek is deadly for 1st level characters but can be defeated at higher levels. If the characters face him at 3rd or 4th level, you can have him summon some icy ghouls tied to his connection to Auril to make the encounter even more dangerous.

A Strong Introduction to an Icy Adventure

Session zeros are vital for running excellent cohesive campaigns in which the characters are tied to one another and to the theme and drive of the campaign's story.

There's more to come as we dig deeper into Rime of the Frostmaiden including grouping the chapter 1 quests into more manageable batches.

Hopefully this article gave you your own tools to run an awesome session zero and begin a fantastic adventure with your friends.