Keeping combat scenes fresh and interesting is a hard job. Many players have played and will play through thousands of combat encounters and it's up to us DMs to make each one memorable. 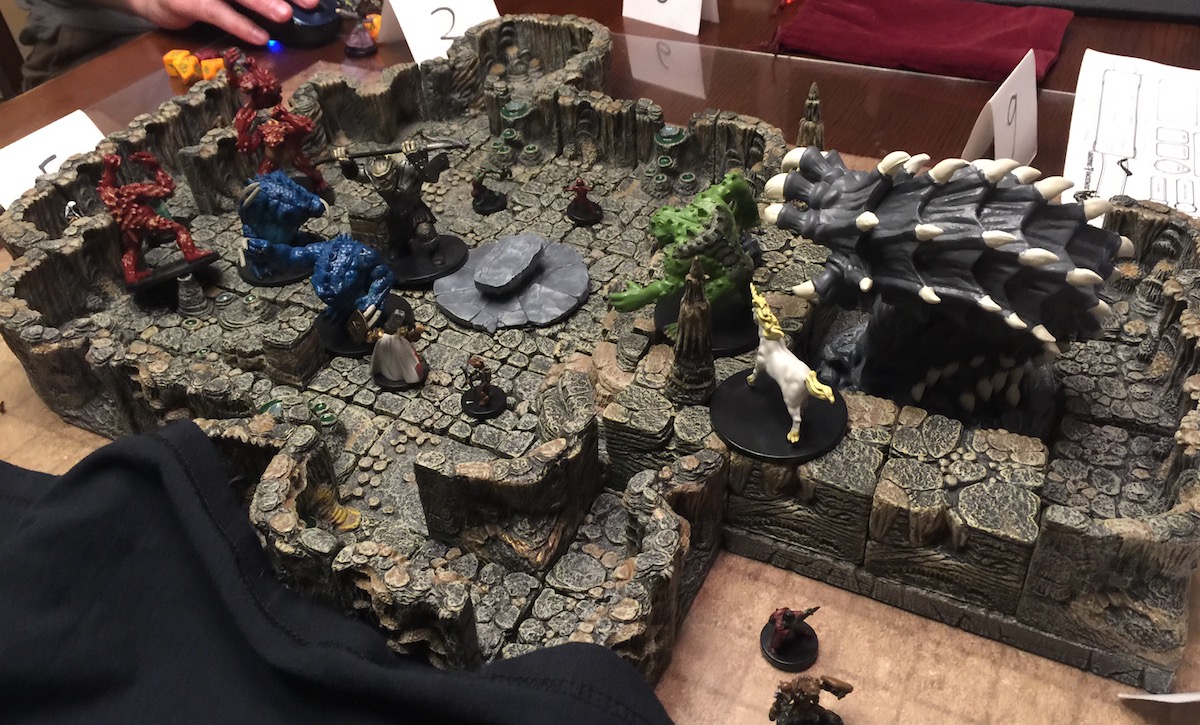 We DMs probably make this harder on ourselves than we need to, however. Much of the time, players just want to watch their characters do awesome stuff. The details of the monsters and the battle only needs to highlight the cool capabilities of their characters. We might think monster and environmental details matter greatly in combat but they probably don't matter as much as we think.

Back in the 4th edition days, many DMs spent considerable time building interesting battle arenas with lots of dynamic pieces and combat mechanics that change the battle. Environmental effects, traps, and hazards even had their own stat blocks similar to monsters. We might still spend a lot of time on the environmental effects of a battle in our 5th edition games, of course, and, for our big set-piece battles, its probably worth doing.

Other times, however, we want to keep some loose tools on hand to help us improvise dynamic combat elements so we can make the battle interesting without having to prepare a lot ahead of time. If the characters take a turn we didn't expect and get into a fight, we can still put together interesting environments for this battle to take place and use these tools to make it feel unique and interesting without a lot of lift on our part. D&D 5e gives us three powerful tools for this: advantage, disadvantage, and inspiration.

We can break down the implementation of these three tools to help us improvise combat into the following broad guidelines:

Players often overlook skills when engaged in combat. Instead they focus on their characters' combat abilities. Using skills in combat can add a new dimension to the battle. Instead of simply moving up to attack a troll, a character might use their acrobatics to leap up and use the vines hanging above the troll to drop down onto the beast. We can quickly improvise a difficulty check to account for this unexpected use of a skill depending on the situation. We do this by picking a number between 10 and 20 (usually around 13) to represent the difficulty based on the situation.

Often we'll want to state the DC so the player knows the risk and the difficulty before making the choice. If we want to reinforce the use of skills like this, we might grant advantage if there's some reason their character would be particularly good at it.

Fantastic features make combat scenes come to life. It's one thing to fight a handful of orcs in a room. It's something else when you're fighting orcs in a room with a huge glyphed draconic skull hanging from the ceiling. When players see a feature like that, they want to do something with it. Maybe characters trained in arcana can use a bonus action to channel the rage of this dragon with a DC 13 Intelligence (Arcana) check, giving them advantage on their next magical attack. Maybe, when properly called upon with a DC 13 Intelligence (Religion) check, the spirit trapped within the dragon skull will protect the dragonborn paladin, making attacks against the paladin at disadvantage. If the characters fail at these checks, the results may inflict the opposite as penalties. If it doesn't seem like the players are biting on these offers, we can offer inspiration to draw them towards the risk.

We can tie advantage, disadvantage, and inspiration to all sorts of objects and features in an environment. Climbing the slick wall to reach alcoves high above can grant advantage to ranged attackers. Smashing the huge raised water basin can put all of the ogres underneath it at disadvantage.

In Hamlet's Hit Points Robin Laws describes how stories oscillate between hopeful and fearful beats to keep people interested in the story. In our D&D games, we can likewise oscillate hopeful and fearful beats to keep our players engaged. We often cannot plan ahead of time whether the players will take a situation as a hopeful or fearful beat but, during the game, we can use advantage, disadvantage, and inspiration to easily add a beat of the right type.

If the party has been having an easy time slaughtering goblins, maybe a new wave of goblins enters the fray from above, firing with advantage down on the characters. Maybe if the characters have been having a hard go of it, they can tap into ancient primeval forces within the glyphed cavern walls to grant them a blood-rage that gives them advantage on attacks. If one particular character has been having rotten luck, we can give them inspiration for a good idea and help them turn that luck around.

Advantage, disadvantage, and inspiration are wonderful built-in tools to not only improvise interesting encounters but also change the very feeling of the story to keep players hooked.

An Easy and Powerful Improvisational Tool

Giving characters the opportunity to use a skill check to gain advantage is a powerful and easy-to-use tool to keep in our improvisational toolbox. It doesn't require much thought or preparation on our part to implement and makes an entire scene come to life in ways we wouldn't normally expect. Likewise, we can use disadvantage as a failure mechanic should things go poorly or inflict disadvantage on a variety of foes if a large enough event calls for it. When we're having trouble getting players to buy into bold moves we can draw them in with an offer of inspiration. Many times, thats just the reward they need.

Keep advantage, disadvantage, and inspiration in your improvisational toolbox as a quick and easy way to change the face of a battle.