Injecting the fantastic into our games can be rough work. Our minds fall to to the cliche, pulling up those goddamned Argonath statues from Lord of the Rings time and again.

Unlike a lot of parts of our RPGs, fantastic things are hard to just create right at the table. This is the reason Fantastic Locations exists. Awe inspiring things that capture the imagination usually don't just pop out of our heads on game-nights. They take time consider, create, and make original. 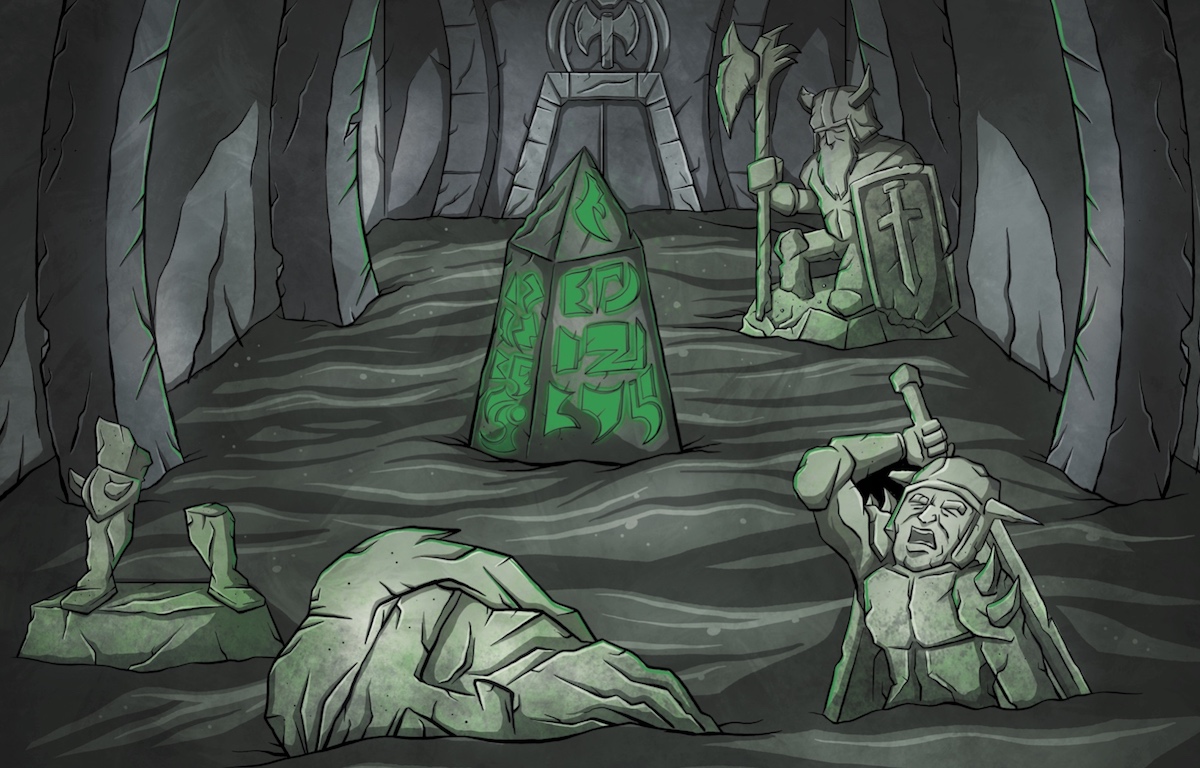 One thought exercise we might engage in is thinking up a number of fantastic features. These features are things our characters might discover throughout their journey. These features might be the centerpiece of a town. They might be something discovered deep in the swamps or high up on an abandoned goat path on a mountainside. Like secrets we might drop a few fantastic features into our notebook when we're thinking about our game and think we might need something to grab the imaginations of the players.

Here's one such example list of twenty fantastic features we can drop into our game:

These fantastic features may have a part to play in the adventure or they might just be some piece of fantastic scenery. You might not even know how it will come into play until you drop it into the world and see what happens. Some of these might become seeds for adventure. Other times they're just weird shit the characters run into. Sometimes the characters might find something useful about them. Other times they might remain a mystery.

If you find yourself at the table and want to add some fantastic variety to a location, consider dropping in a randomly generated ancient monument. You might need a little bit of time to figure out just what the hell that monument is, but often it will come up with something that sparks the imagination.

Dripping Fantasy Into Our Games

One of the many responsibilities we GMs have is to take our players away. We have to break past their daily issues and bring them to a different world. This is a world of details, of drama, and of fantasy. The more we get into the practice of thinking up such fantastic features, the better able we'll be to bring our players to the worlds that surround them. What does your own list of twenty fantastic features look like?