Making the Most of the Monster Manual

Of all of the aids we DMs require, none is more valuable than the monster manual. The time required to develop the mechanical crunch of these monsters is staggering and it's a huge load off of our plate that we can pay a few bucks instead. For a full review, read my Critical Hits review of the 5th Edition Monster Manual. Today we're going to talk about how you can squeeze the most out of the 5th Edition D&D Monster Manual when you're using it at the table. Let's jump in. 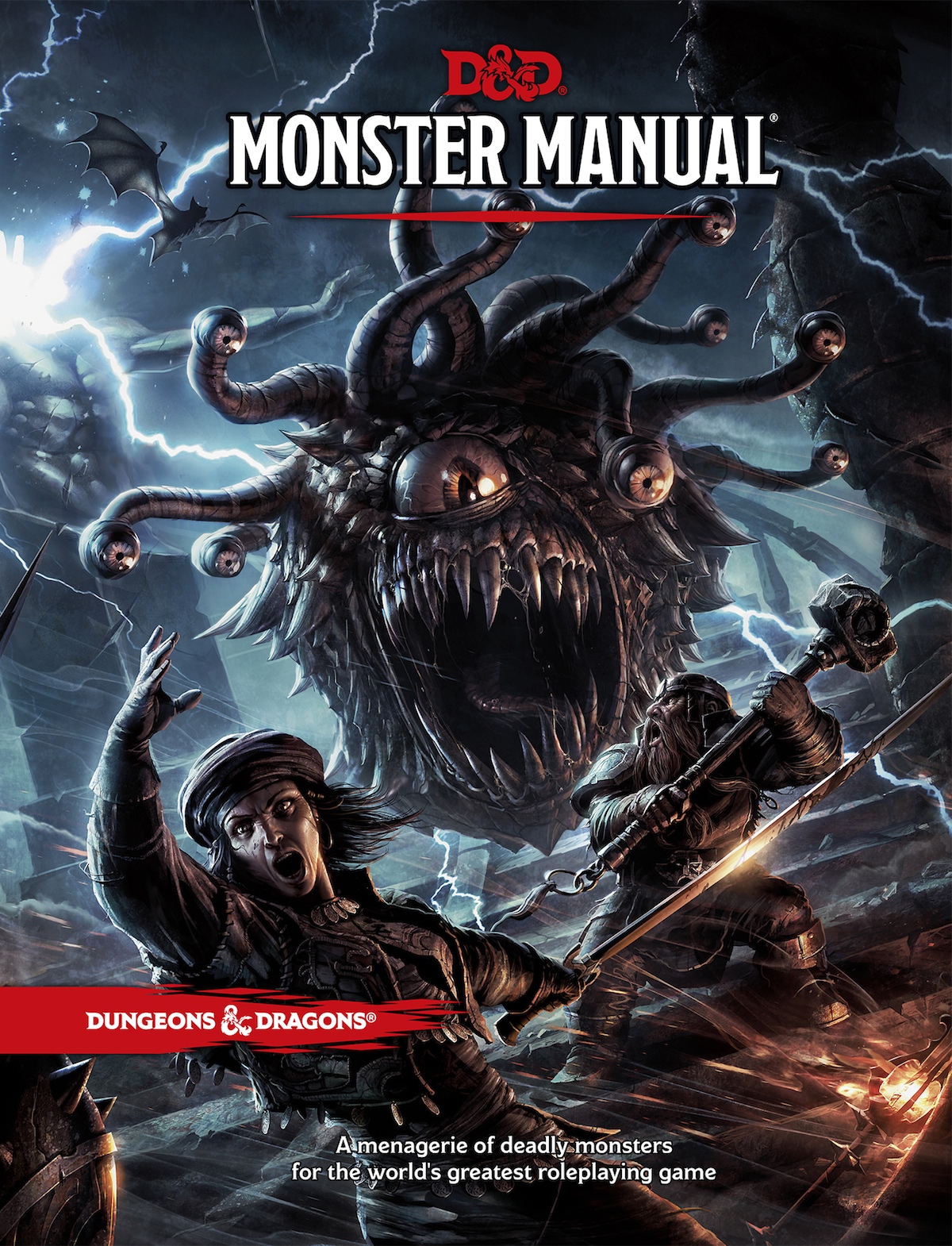 This probably seems like a non-tip but you'd be surprised how many people still feel the need to build their own monsters even though they have 350 monsters at their disposal. Some of this comes from our feelings that our game requires something special, and maybe, sometimes, it does. Other times, though, we simply succumb to our desire tweak and build instead of focusing that attention on the areas of our game that might best use it like cool NPCs, interesting story threads, fantastic locations, or, most importantly, the stories and desires of the PCs.

Don't fall into this trap. You have an excellent selection of professionally balanced monsters you can use. Use them as they sit on the page. Avoid the temptation to tweak too much and just enjoy them as they play.

Another temptation is to come up with some crazy way of bringing monsters to the table. Some use screenshots or digital pictures on an iPad. Others copy, paste, and rebuild monster pages into some sort of folio. Some use applications like Evernote to store their monsters. Instead, just bring the book with you and use it at the table. There's no reason you can't have the physical book sitting in front of you and just run them right from the pages.

This book can save you a time and energy when preparing and running your game if you use the actual book and the actual monsters it contains right at your table.

Beyond fantastic monster mechanics, the inspiration we find while poking through the monster manual may become the core of our fantastic stories. You can build whole adventures or campaigns from the descriptions of some of the monsters. You might even build an entire campaign arc based on the effects of a legendary monster's lairs as Geeky Lyndsay describes in her article Target Mapping your Monsters.

Take a look at the description of the Kuo-Toa on page 198 and read about their ability to manifest a god simply by their own act of will. That section alone can build out a whole mini-campaign if one desired—the Wrath of the God That Never Should Have Been.

Above all, take the time to really sit down and read this book. You'll be amazed what ideas come to you.

The 5th Edition D&D Monster Manual is a great set of mechanics you can [reskin with the monster of your dreams]. For those of you who feel like the book doesn't quite contain the creature you're looking for, the technique of reskinning can save you hours of time. Want some tougher kobolds? Just use the winged kobolds but clip off the wings. Need a kobold spellcaster? Use the druid NPC stats and wrap it up in a creepy human-skin-adorned kobold witchdoctor. Want some poisonous ghoulish goblins? Take the magmin on page 212, turn the fire into poison, and you have a terrible and exciting monster sure to keep your party of adventurers on their toes. Though the book contains over 400 monsters, it contains infinitely more when you use it as a source for reskinning.

The Monster Manual itself doesn't contain instructions for balancing encounters. Instead, you should read and understand the rules for encounter balance found in the DM packet of the D&D Basic Rules PDF. This gives you an idea how both the experience point budget and experience multipliers work when you're throwing a horde of monsters at the PCs. It's not an easy system to understand so take the time to understand the overall goals and intentions. Much of the balance of monsters comes down to the action economy. The more monsters there are in a group, the more overall deadly the whole group of monsters is. Thus the multiplier for monster experience as more monsters get added.

Here's an excellent tool for balancing D&D 5e encounters by asmor that makes life much easier.

Your Primary Tool for a Great Game

When it comes to the tools you'll use regularly at your D&D game, the Monster Manual is likely the one you'll use the most. Take the time to read it, use it to get inspired, and squeeze every ounce of awesome out of it to make your game great.