Friend and fellow contributor to the Tome Show Joe Lastowski wrote an interesting criticism of monster design in Dungeons and Dragons 5th Edition.

I feel like most of the monsters in 5th ed D&D are just boring palette swaps of one another, and it makes it really hard to run on-the-fly combats that are interesting. While they might have different names and slightly different stats, they all do pretty much the same thing with slightly different window dressing flavor. Part of this is the system itself... with only one defense value (AC), the number of attack types are more limited than they were in, say, 4th edition, when the same attack became very different if it was targeting AC, Will, Fortitude, or Reflex, which added layers of strategy to how parties would approach certain foes. Now, unless you've got a spellcaster monster, EVERY ATTACK targets armor class, which means that every combat puts the heavily armored fighters up front and everyone else hiding outside of range.

There is a lot of merit to this criticism. For some of us, it doesn't feel like monsters have the same variety that they did in 4th edition or in other more modern takes on the fantasy RPG like 13th Age. Monsters in 5e are more simplistic, with usually only one or two features to distinguish one monster from another. 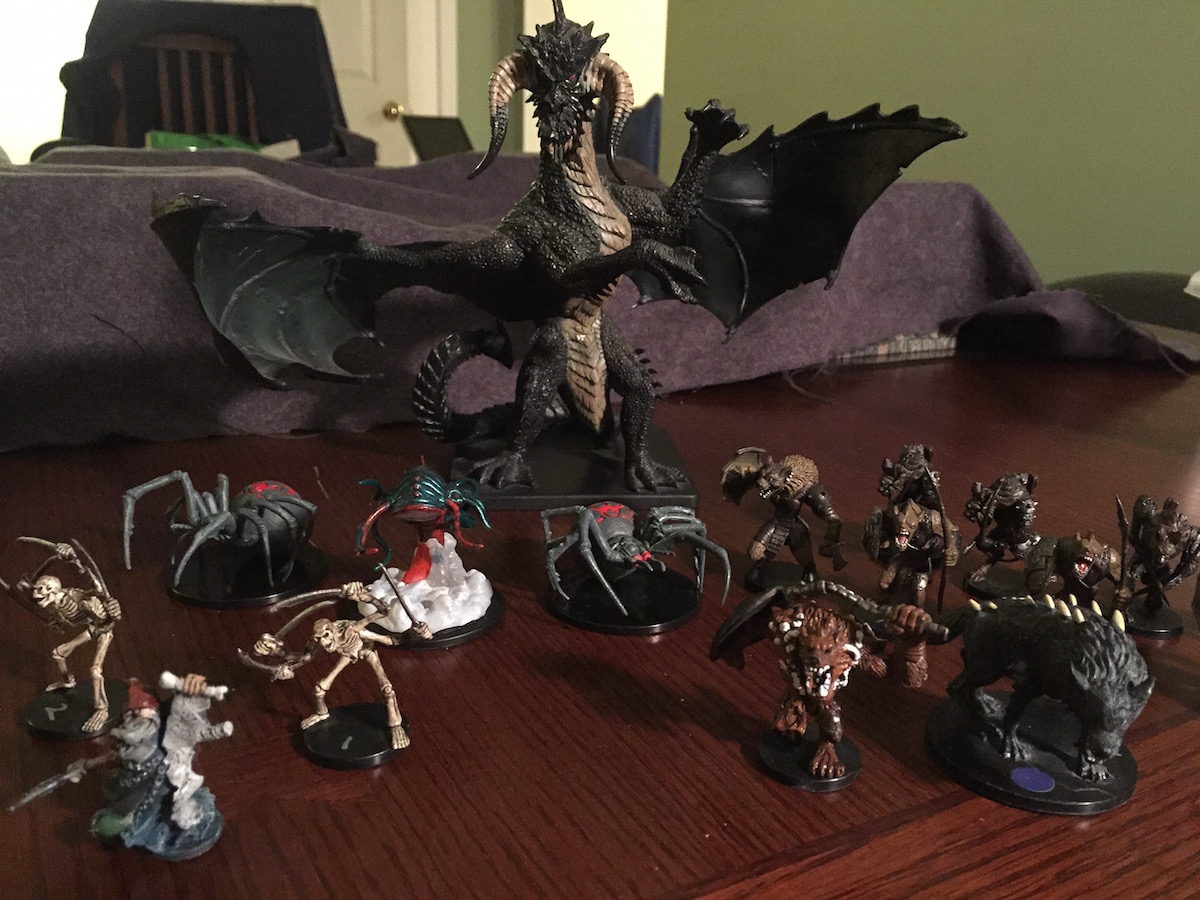 There are a lot of reasons this is the case. 5e took a more traditional approach towards D&D, returning to its core roots which likewise had a more simplistic design in its monsters. The design of 5e also steered away from a focus on combat mechanics and steered towards the monster's story and place in the world. There are likely many other reasons that we may never hear about.

Regardless, we are where we are. The Monster Manual is already published and we're not like to see a new version of it for a long time. While I think there is merit in Joe's take on monster design, I still feel that the 5e Monster Manual is the best monster manual ever written. You may agree or disagree but that is unlikely to change it's current state.

Luckily for us, instead of a debate, we can actually do something about it. How can we DMs make monsters better? What can we do to ensure monsters don't become stale and boring? What tricks can we apply from our experiences running 4e games to keep every combat new and exciting in 5th edition? 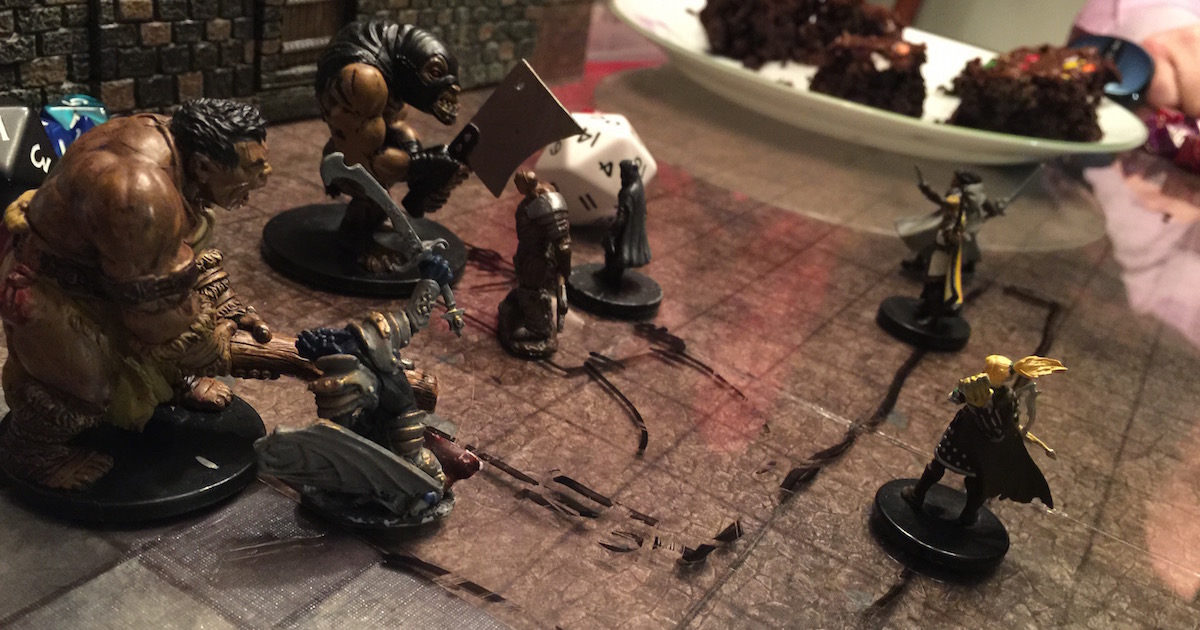 It's All About Flavor

5th Edition D&D is a lot less game-focused than we might be used to after running 4th edition for so long. DMs are more empowered to make rulings, there's a heavier emphasis on roleplaying and exploration, and a lot of our monster entries are focused on the monster's descriptions rather than just the stat block. Unlike 4e, we can default to narrative combat if we choose to, rather than needing a map and miniatures for every battle.

This places the task on us to come up with the flavor of combat. We don't just roll numbers and give the numeric results. We describe how it feels to be face to face with an ogre. We describe the thud as its club smashes deep into the mud. We describe the beast's terrible smell and the gleam of death in its eyes.

Say you're running the Princes of the Apocalypse adventure and you want some lightweight flame cultists to fight your group of level 2 PCs. You can use the bandit stat blocks from the Monster Manual easily enough and you can add a good degree of flavor to turn them into flame cultists. Perhaps they cut themselves with their own blades, speak a word, and their weapons burst into flame. Those simple bandits just became something unique and terrifying and you didn't have to change the stat block at all.

The flavor we add to combat is a part of that story and it is what will, in the end, change how combat feels even if it doesn't change the mechanics at all. If we think a particular monster is starting to feel dull and boring, what flavor can we add to make it exciting again?

Tricks from the Dungeon Master's Guide

Page 280 and 281 of the Dungeon Master's Guide has a list of monster features you can apply to any monster where it fits their story. Examples such as horrifying visage or frightful presence can add some interesting new behaviors for monsters that might otherwise feel stale.

We looked at some options before when we looked at tweaking attributes. We can change a monster's attributes to give them a boost from the rank and file. We can tweak their hit points to make them "elite" versions of a particular monster. We can also change their weapons and armor to give them a different feel, particularly at lower levels where the difference between a greatsword and a shortsword is quite stark.

Best of all, we can often make these changes in our head so it's easy to improvise new monsters while we run our game. One easy trick is to change out a monster's weapons and armor based on the miniature you use to represent it. Some berserkers might have great axes while others fight with a pair of maces.

There are over three hundred options we can add to our monsters, all of them already built into our 5th Edition Player's Handbook. A monster doesn't have to be a spellcaster in order to cast a spell. Some undead may be empowered by a particular spell. Flamewalking skeletons might breathe a burning hands spell. An ogre with a rune-encrusted warhammer might slam out lightning bolts. A branded orc might reach out and give a PC a single-shot jolt of Inflict Wounds.

These embedded spells will keep players on their toes and make old monsters feel unique. They also add a good deal of power, however, so use them with care. Twelve orcs with Inflict Wounds is a pretty big surge of damage.

There is nothing more dangerous than a drow blademaster with a bunch of empty potion bottles at her feet. Adding preparatory spells and potions to our monsters' inventory gives them a lot of ways to change up a typical battle. Potions of giant strength can give them a big boost to their attack and damage output while potions of invulnerability can make your villains last a good bit longer. Adding a few potions to the monsters won't completely imbalance your game either since they are all single use. You probably don't want to be too much of a jerk, though, so leave a few unused potions on the bad guys as a reward.

More powerful magic items can also give monsters a unique feature. If you have a particular magic item in mind for one of the PCs, what about giving that item to a monster that can use it particularly effectively? Does the ranger deserve an Oathbow? What if is currently in the hands of an evil elven bountyhunter who hunts that particular ranger?

Ioun Stones of Absorption are a great way for enemy spellcasters or even beholders to protect themselves from nasty incoming spells. Like potions, their limited use helps ensure the PCs don't get more out of them than they should after defeating a foe who used them.

Looking at the Rest of the Encounter

So far we've looked at customizing monsters directly. There is a lot we can do to the environment to make things more interesting as well. We've talked about this before in making terrain fun. We can also take a hard look at the motivation for the battle in the first place and put in a combat out to move the goal away from "kill every monster" to something tied closer to the story.

In Joe Lastowski's original article, one of the big themes is organized play. In the D&D Adventurer's League you cannot arbitrarily change the environment or modify monsters beyond what is in the adventures although swapping spells or changing weapon types is probably not so bad. You can however, change the flavor however you wish to exemplify what makes this band of monsters interesting. Consider worrying a little less about the direct mechanical effects of a monster and reinforce the story and the theme with colorful descriptions.

On the surface, D&D 5e monsters can look a little bland. With a better understanding of their placement in the story, some solid flavor, and some options to make each group of monsters more unique, we can keep things interesting and fun for years to come.