A New Method for NPCs

In the 1940s and 50s, a new style of acting revolutionized the craft. Dubbed "the method", this new style taught actors to delve into the true emotions of their characters rather than simply focusing on the physical representation of a character's feelings.

There is a strong parallel in D&D. We might think of NPCs in our D&D games as simple vehicles to push forward a storyline. They are invisible until your players lay eyes on them, speak their line, give their quest, and then disappear. Sometimes this is fine. Players have enough to remember without worrying about the farmer's nephew with the skin problem.

Other times, however, we want to build something a little different. Today we're going to talk about a quick way to build a rich character for even the lowliest NPCs. With just a few questions and a little bit of mechanics you can build an NPC in seconds that might turn into someone your group will remember the rest of their lives.

Coming up with a good name can be rough. Make life a little easier by using a random name generator. Yet Another Fantasty Name Generator (Yafnag) is my personal favorite. You can also hunt for both common or a fantasy names from other sites. Keeping a list of 100 or so random names on hand always makes a Lazy DM's life easier.

Stephen King has a good tip for names in his book On Writing. Always use different starting letters for your NPCs to help your players remember their names. Don't go with four NPCs named Alaver, Arathin, Avondel, and Asyer.

You might want to build a unique character, but often a good template will do. Pick a character from a TV show, movie, book, or other source of fiction that you like and that is rich enough to act as your archetype. The further your get from fantasy fiction, the less likely any of your players will figure out who you chose for the template. Doing this gives you an immediate sense of the character, a voice, mannerisms, and even opinions. "Kathy Bates in Dolores Claiborne" gives you an immediate sense of character with nothing more than four words. 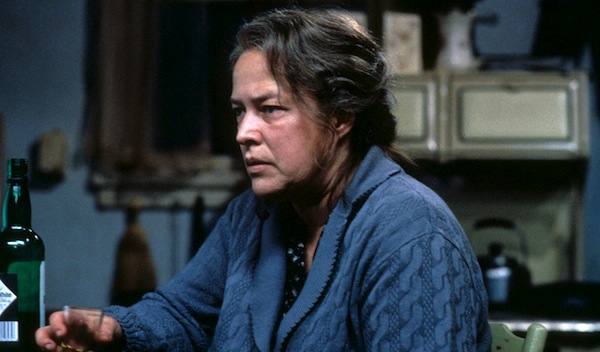 What Do They Want?

In method acting you'll hear "what's my motivation?". Knowing what a character wants, where they stand on an issue, or with whom they have allied tells you much about them. You don't have to go too deep in this. Maybe they want money, maybe adventure, maybe they just don't want to do any hard work. Sometimes the archetype you choose has a built-in motivation. Seth Bullock from Deadwood, a great sheriff in any D&D town, clearly wants to protect his charge but has a temper and honor as delicate as glass. Sometimes you don't need anything more than that.

NPCs can be a lot like monsters when it comes to their interactions with PCs. They might not draw a sword or don a suit of armor, but even a mental debate can feel like a duel in the right scene. Does this character succomb easily to flattery? Are they inherently greedy and crooked? Are they quick to insult? Different game systems have different ways of handling social interaction. Knowing how your NPC sits within these social interaction rules will help you manage them when their time comes at the table.

You might also skip this part completely and simply go with your gut when it comes to the challenge ratings of any particular NPC.

There's a lot more you can do with your NPCs but starting with the base archetype and a quick set of conversational defenses can build a rich NPC in just a few seconds, often on the fly. As you build them, write them down on a 3x5 card so you can remember them for later. You'd be surprised just what sort of NPC sticks in the mind of your players and ends up being remembered forever.

Use the Lazy DM Cheat Sheet to help you quickly build NPCs during your game.