The Old Man and the Bowl

Leavold Goldenfingers worked his magic. Across the icy rocks of his home, high up in the Spine of the World, the sound of his tiny hammer clinking on the golden bowl echoed across the mountains. His knobby fingers fixed the rubies in place. They ached as he pressed the gems carefully into place feeling them set perfectly in the rim of the golden bowl. In a few tendays, each of the dozen rubies would be in place and then he could start etching the glyphs on the inside of the soft gold bowl, a bowl only he could make. A bowl that would, one day, serve a feast to heroes.

Leavold looked out over the rocky landscape of his home, the home he had lived in for nearly all of his eighty five years. He grew up here. He learned the crafting of the bowls from his father as he had planned to teach his sons.

Tears came to his eyes. For sixteen winters his son had watched him work, studying his art. Leavold told him of the heroes who purchased his bowls and used the divine food they served to push back the evils of the world. His son would smirk at these fantastic stories but soon he came to believe them. He believed them too much.

Leavold's son left to find his own way in the world, a world of adventure, discovery, and heroism. He only found the end of a gnoll's spear in his belly, setting in an infection that killed him a tenday later. His son's friend came to tell Leavold. They held eachother and wept together.

The next day Leavold continued to craft his bowl. He was the only one in the world capable of making such a fine bowl. With his arthritic fingers aching and sad memories in his eyes, he would continue to make them, one at a time, six moons passing before each was complete, until the day he died. 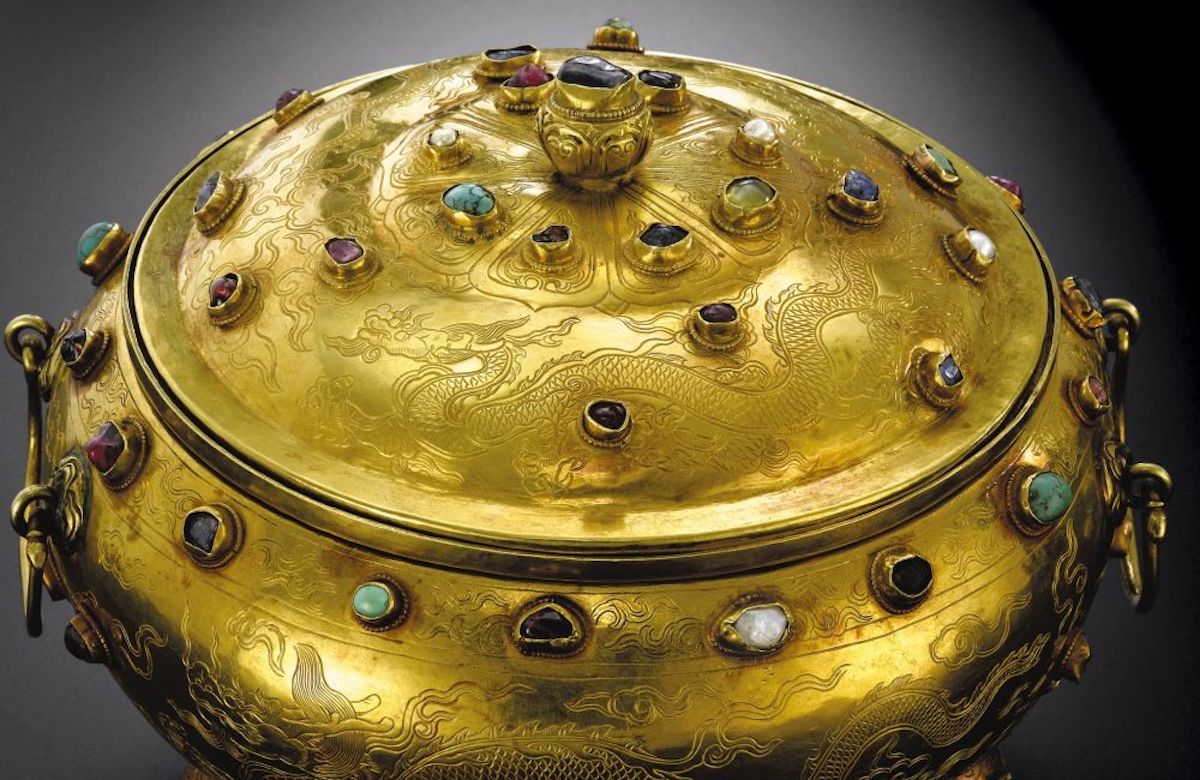 The Troubles of Heroes' Feast

There are a few troublesome spells in the fifth edition of Dungeons & Dragons. One of them, in my opinion, is Heroes' Feast. This sixth-level cleric spell is powerful enough that many players will choose to cast it every day they can, giving its substantial benefits to all of the characters in the party every morning. Many of the spell's abilities are just fine. The hit point maximum and bonus hit points are great. Advantage on Wisdom saves is powerful but not game-breaking. Curing diseases and poisons is solid.

Then we come to its more difficult bonus: immunity to fear and poison. On the surface this doesn't seem like a big deal but many high challenge creatures are built around the damage they inflict with poison and the status effects they impose with both poison and fear. With every character in a party immune to these effects, certain monsters become much easier. This might be fine, but many of these monsters are intended to be truly powerful threats.

Let's consider the ancient green dragon. This challenge 22 monster inflicts most of its damage with its horrendous 77 point breath weapon, a weapon that is completely avoided with Heroes' Feast. Another of the dragon's powerful weapons, it's Frightful Presence is also negated by the same spell on all characters. This could potentially cut the ancient green dragon's challenge in half with a single spell.

The same is true with many other monsters. Yuan-ti rely on poison for the bulk of their damage. All of the high-challenge dragons use Frightful Presence as do many other monsters. Some of the most powerful monsters in Mordenkainen's Tome of Foes rely on fear or poison for a good piece of their challenge including Baphomet, Moloch, Geryon (who uses both), and Hutijin.

The Fun of Breaking the Game

One of the core designs of the fifth edition of D&D is that certain spells, feats, and magic items can "break" the game. They go outside of the math that exists between characters and monsters. When the designers build a monster, like a green dragon or Geryon, they don't factor in spells like heroes' feast. They want those spells to shine in situations where it has an effect. Being able to go out of your way to make yourself immune to the breath weapon of a green dragon is a pretty cool part of the story.

Heroes' feast is so good, though, that many clerics and druids, when they have it, will cast it every day. Like mage armor for wizards, the whole party will get together every morning and spend an hour enjoying an amazing meal prepared by their priest.

There are lots of ways we DMs could screw with the power of heroes' feast if we wanted to. We could nerf it directly and make it resist poison instead of full immunity. We could have it give characters advantage on poison and fear saving throws instead of full immunity. That would solve all of the problems I have with it. Sure, it's powerful, but a green dragon's breath weapon still does something.

We could go the other direction as well and convert monsters' abilities to something other than poison or fear. We can't get away with this for green dragons, known for their poisonous breath, but we can for devil lords and others by converting poison damage to acid damage and converting fear checks to madness checks. This is probably worth doing when monsters are intended to provide a powerful challenge to parties (like Geryon or Baphomet).

Another way to handle this is pure economics. Heroes' feast requires a 1,000 gp gem-encrusted bowl. Granted, by the time characters are high enough level to cast heroes' feast, they are also often high enough level to buy as many 1,000 gp bowls as they want. But who is going to sell those to them? Who has 1,000 gp bowls just sitting around in a stack like plasticware at a Walmart? The cost of a bowl like this speaks to its scarcity. There probably aren't a lot of bowls like this. Even if one has the 1,000 gp, finding those bowls might be a quest unto itself. Maybe the head of a temple gives an adventurer a bowl as a reward. Maybe they find one in an ancient tomb of a dragon priestess. Maybe there's an old man in the mountains who has made these bowls for 75 years but it takes him six months to make one and he only has two available.

We can prevent the over-proliferation of heroes' feast by limiting the component required to cast it. The characters can still decide when it's time to sit down and enjoy that fine meal before stepping into the ancient fortress of Coldsteel in the layer of hell known as Stygia.

This technique is a fun one because it helps balance a spell like heroes' feast within the story of the game. Acquiring bowls suitable for heroes' feast becomes it's own story.

Wizards of the Coast saw a problem like this one when looking at the Adventurer's League. After seven seasons of adventures and dungeon delving, high level characters in the Adventurer's League, like characters in home games, had plenty of gold to spend on bowls for Heroes' Feast. WOTC modified the adventurers league by severely limiting gold rewards in Adventurer's League games. This is fraught with all sorts of problems, well documented by Navy DM, DM David, and Merric Blackman, but it does take care of the Heroes' Feast problem. You really have to want those buffs to spend the 1,000 gp to cast it.

Maybe you're reading this and thinking "Why are you nerfing Heroes' Feast like this? Let the players have their fun!" That's a perfectly acceptable reaction to these ideas. If your group is having a good time and you, the DM, don't care, don't worry about any of this. If you feel like the removal of poison and fear isn't a big deal, go with the gods. If, however, you feel like the challenge of certain high challenge monsters gets too easily avoided with a single casting of heroes' feast, consider following the money and make the bowls scarce.

The old man gazes over the frost-cracked rocks outside his home. A lifetime seems to swim in his eyes. Though often haunted by the ghosts of his memories, he still finds solace in his craft. Wincing as his arthritic knuckles crack, he begins his work again.