If you're seeking a lightweight virtual tabletop, try out Owlbear Rodeo. It's awesome. You can also watch my Owlbear Rodeo walkthrough on Youtube.

Covid-19 forced many DMs to move games from in-person to online. For a lot of us, running games online is an entirely new experience. I moved all of my games, about three a week, online and lept into trying out all sorts of systems for online play. My favorite, and the one I've been using for eight months now, is to run D&D over Discord. By copying and pasting pieces of maps, usually grabbed from Dysonlogos, I can show the players where the characters are without using a full virtual tabletop like Roll 20. For combat, I use text-based combat tracker for rough zone-based combat more similar to theater of the mind than gridded combat.

There are times, however, where dropping down a map with tokens for monsters and characters can be useful. Many players and quite a few DMs prefer this style of play.

The big dogs among virtual tabletop tools are Roll 20 and Fantasty Grounds. There are other popular and well-loved tools as well like Foundry but these two typically come up when someone talks about virtual tabletops.

These other VTTs are fine all-in-one systems that integrate D&D's rules with the rest of the tabletop.

The problem is, I'm fine with running games mostly on Discord. I don't need a fully integrated D&D experience in my VTT. My players like using D&D Beyond and I'm not picky about how they roll dice, whether it's with Avrae in Discord or a plug-in like Beyond20. 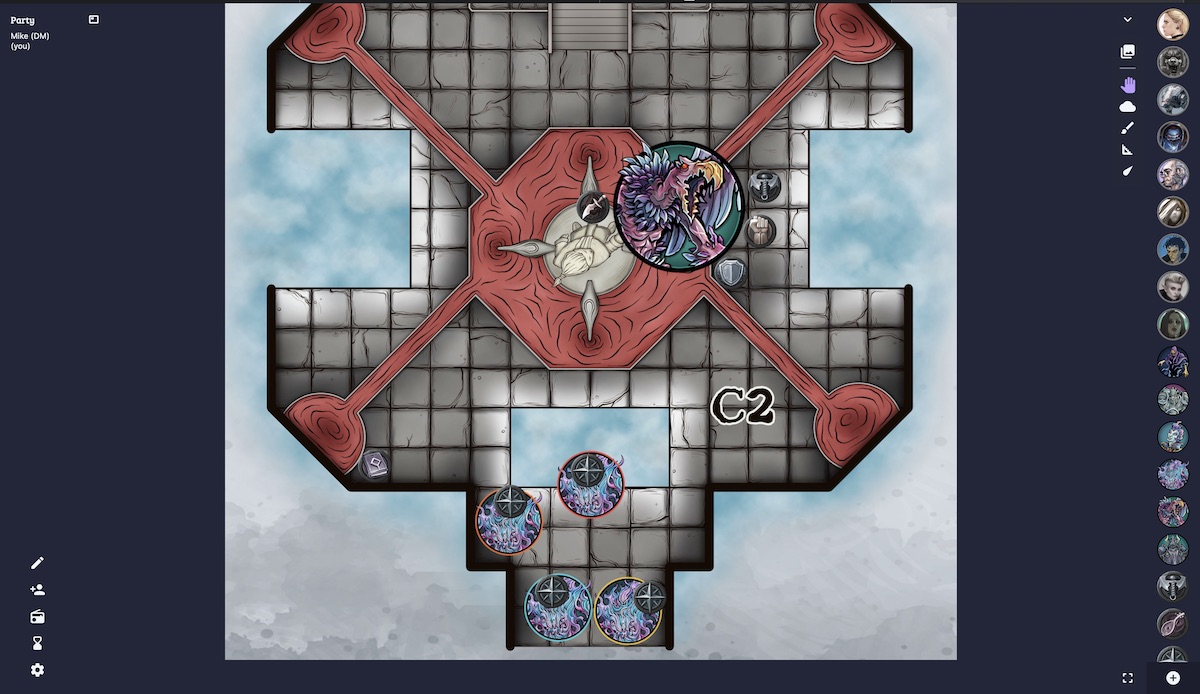 When I want a VTT, I really just want a map and tokens. That's what Owlbear Rodeo provides. Owlbear Rodeo is a slimmed down virtual tabletop that focuses on maps and tokens. It has no integrated ruleset, although it does have a shared dice roller in it if you want one. Owlbear Rodeo makes it easy to drop in a map and includes a bunch of default tokens you can use if you don't feel like adding your own.

If you do want your own tokens, you can upload a bunch of them right into Owlbear Rodeo all at once, whether your tokens are from Printable Heroes (my personal favorite tokens; search for "vtt") or your own hand-made tokens using Token Stamp. Grabbing an image off the net, dropping it into Token Stamp, and uploading it to Owlbear is fast and easy.

Owlbear Rodeo requires no login or account from either you or your players. You can log in if you want to keep track of your previous maps and tokens, but it isn't necessary. Owlbear uses some sort of cookie to keep track so if you come back it will likely remember what you already uploaded but only if you're coming in from the same machine. Not requiring a login makes it easy for players to jump right in. No accounts means any player can move any token around since everyone's permissions are the same. I'm assuming your players aren't a bunch of 4 year olds (that's a big assumption, of course).

Owlbear Rodeo has two features that aren't the easiest to figure out at first: grid alignment when bringing in a map and using the fog of war. This three minute video by GoGoCamel camel shows how to use both the grid-alignment feature and fog of war. It's well worth the watch. 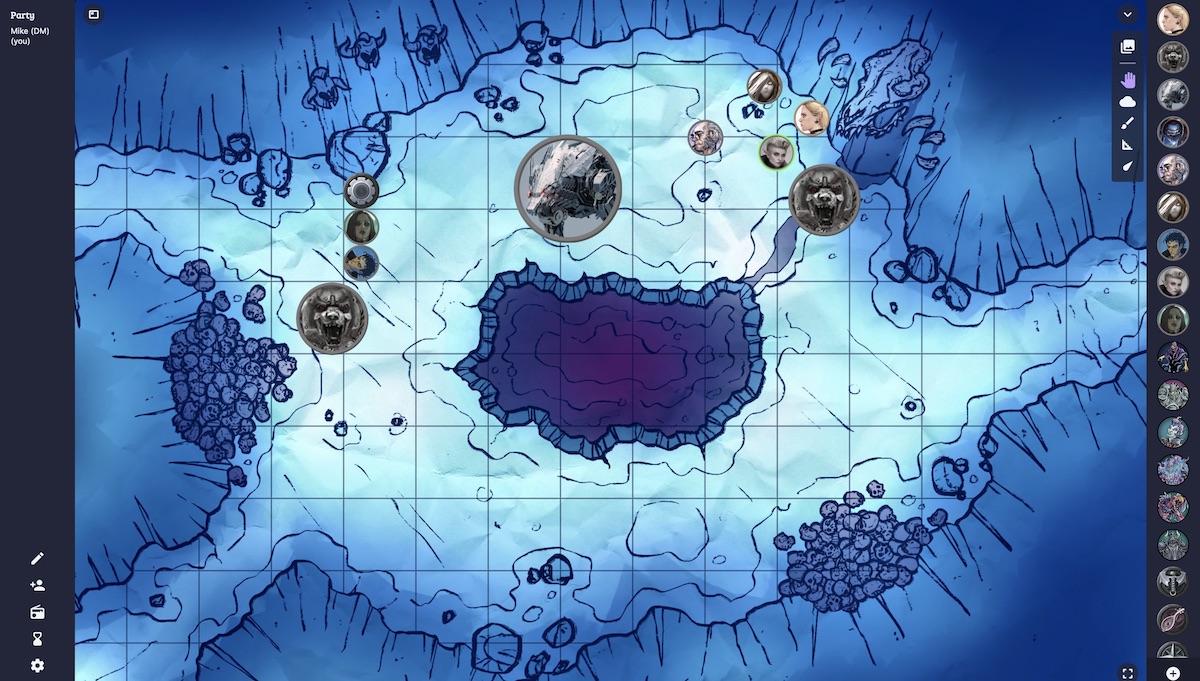 If you're used to a more full-featured VTT like Roll 20, you're likely to find features missing from Owlbear that you really want. If you dig more powerhouse tools, it probably isn't for you. I prefer to keep my D&D games as minimal as possible. I want tools that only do what I need them to do and keep the cruft out of the way. Owlbear Rodeo does just that. I can run the rest of my game in Discord and only drop into Owlbear when I need to use a VTT. When I'm done, we drop right back out again.

At this point I've used Owlbear Rodeo with dozens of players and have heard no complaints. Many have described it being the exact kind of VTT they want. If you're in need of a lightweight virtual tabletop, give Owlbear Rodeo a try.