Note: This article has been updated from the original, written on 20 December 2010.

When Valve software developed Portal and Portal 2, they extensively playtested everything about the game, including the story.

"Playtesting is probably the most important thing we did on Portal," Swift continued. "Sit down and watch people play your game. Don't just have them send you reports: It's not going to be as valuable. You can find out what you're players actually want by watching them. Adjust gameplay to what players look like they need, and adjust story to enhance what players are already feeling."

"At the end of a playtest we'd ask players to tell us the story back," said Wolpaw. "If they couldn't tell us, that was a real sign that they weren't paying attention." 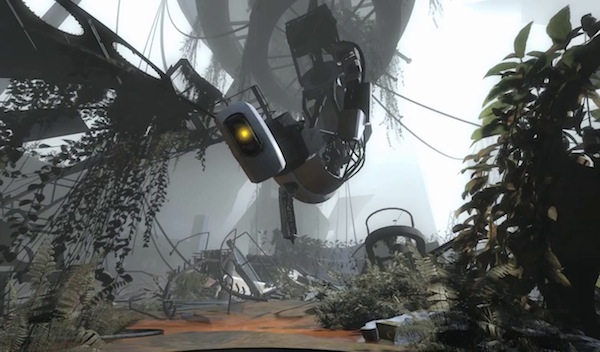 The biggest advantage tabletop RPGs have over computer games are the brains of the game masters. We GMs can tune adventures on the fly to bring the most entertaining moments to our table. How much of your huge campaign world do your players actually remember? What do they really care about? Maybe you have a group that is all about story, all about the history of the game world, the mythos of past legends, and the genealogy of royal horses. On the other hand, maybe they just want to punch goblins.

RPG veteran Monte Cook discusses this idea in The Overemphasis of Why (along with a nice homage to my father's partner on Illuminatus, Robert Anton Wilson). Here's what he had to say.

There's a trap that a writer can fall into when she believes that she needs to provide the "big picture" around whatever story she's telling. The dark bottom of this particular pit that one can fall into is called the "info dump" where the author basically gives a whole treatise on the world/situation/character background/plot setup before we actually get to the action. (Movies that start with voiceovers are almost always examples of stories that start with an info dump.) Good writers know to avoid this trap and trust that the audience will catch up on their own.

If you haven't read it, Yax's article on reading the body language of your players go read now, we'll wait.

While you're reading your seven pages of flavor text, give your group a look and see who's paying attention, who's making dice towers, and who just went off to surf for the latest PSY video. Instead of pointing out their attention-deficit disorder, think about why they left and what you can do to bring them back.

At the beginning of your session, ask your players to summarize the story. This can have huge benefits to your game. First, you'll see what part of the ongoing story your players have absorbed. Second, you'll learn what they think is interesting and valuable. Third, they may give you seeds and plot-hooks you can directly incorporate into your game.

You'll often find that you need to cut back on all the detailed elements you might have built up in your mind. We GMs spend a lot more time in our worlds than the players do. It's highly likely we have a lot more going on in this world than the players' do. When we test our story, we learn which parts of this vast world matter to them and can focus there.

There Is No Spoon

What do you do when they don't summarize the key plot points?

There's one easy answer to this question: there are no key plot points. If your group isn't picking up the key plot points, what points are they bringing up? Why not focus on those? As we've discussed before in Build Worlds, Not Stories, some of our best stories drive from the actions of the PCs at the table, not from a story we came up with ahead of time. If your players aren't picking up on your key ideas, toss them out and focus on the the ideas they ARE getting.

We have the tremendous advantage of being able to twist and turn the story of our game as the PCs move through it. For some, this can lead to great frustrating when the PCs avoid the carefully planned webwork of the GM's story. For others, this brings a great freedom to our game. Instead of spending weeks building out a detailed story, we can focus our attention on the elements of our game that matter the most like history, environment, and (most importantly) NPCs. Test your story and build your game around the interests of the group.