Return of the Lazy Dungeon Master 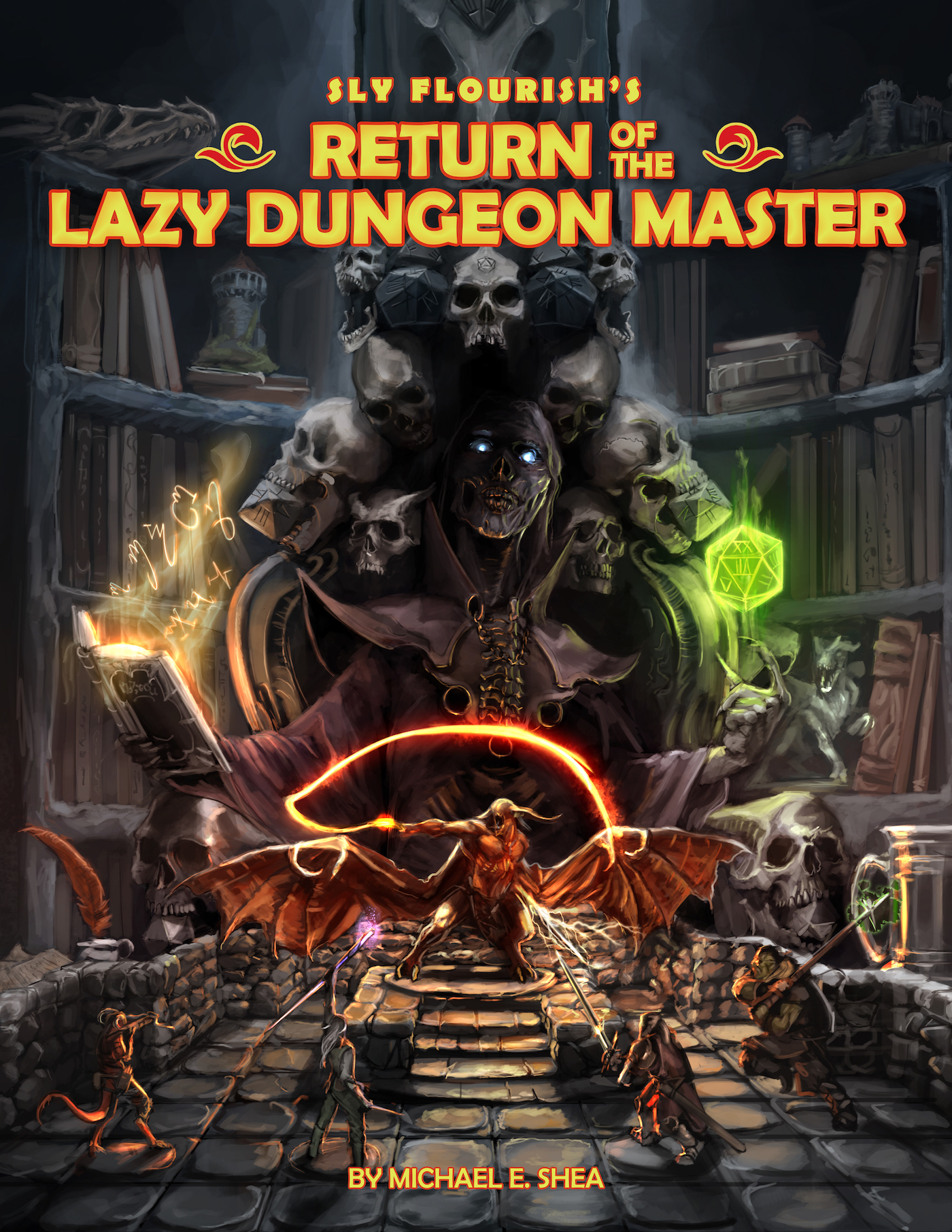 It's been five years since the release of the Lazy Dungeon Master. Back then, D&D was transitioning between fourth and the fifth edition. Even written during this transition the book did extremely well and the ideas in it still resonate with GMs today.

After Fantastic Adventures, I went back through the original book to see what worked well, what fell short, and what needed to be refined. I studied dozens of gamemaster books for many different fantasy roleplaying games and books of advice for running great fantasy RPGs. I watched tons of Youtube videos by folks like Matt Mercer, Matt Colville, and others. I poured over forums and websites and blogs that talk about how to run great D&D games. I went back over the six thousand responses to the 2016 Dungeon Master Survey and dozens of Facebook and Twitter polls. I dug deep to see how we actually prepare and run our games.

I kept the price of Return of the Lazy Dungeon Master low—$8 for the ebook package—to help as many GMs as possible get it into their hands. The smashing success of the Kickstarter let me bring on industry titans like Scott Fitzgerald Gray for editing, Marc Radle for art direction and layout, Jack Kaiser for two incredible covers, and Pedro Potier for the internal artwork.

There's a two-chapter sample of Return of the Lazy Dungeon Master so you can see what you're getting and this sample also acts as a crash course in the new lazy DM's checklist so it's usable on its own. Give it a look and see if it's the style for you.

I've also recently taken to Twitch to broadcast myself preparing for my weekly Tomb of Annihilation game using the new Lazy DM's checklist. If you want to see the steps in action, take a look at the Youtube archive of previous Lazy DM prep videos.

I've poured decades of experiences running D&D games into Return of the Lazy Dungeon Master. I poured centuries of experiences from other GMs into this book as well. Everything that I've focused on when helping GMs run great roleplaying games I polished and put into this book. If you like what I've been doing on this site over the past ten years, this book is the refined culmination of everything I have to offer.

I hope you love it as much as I do and I thank you for your support.