Hags may be the perfect low-level boss monster and they run best when we focus less on their stat block and more on how they'll make the lives of the characters miserable over the course of a low-level campaign. The more we think about hags as the ageless, plotting, and manipulating villains they are, the more our players will enjoy hunting them down and killing them. 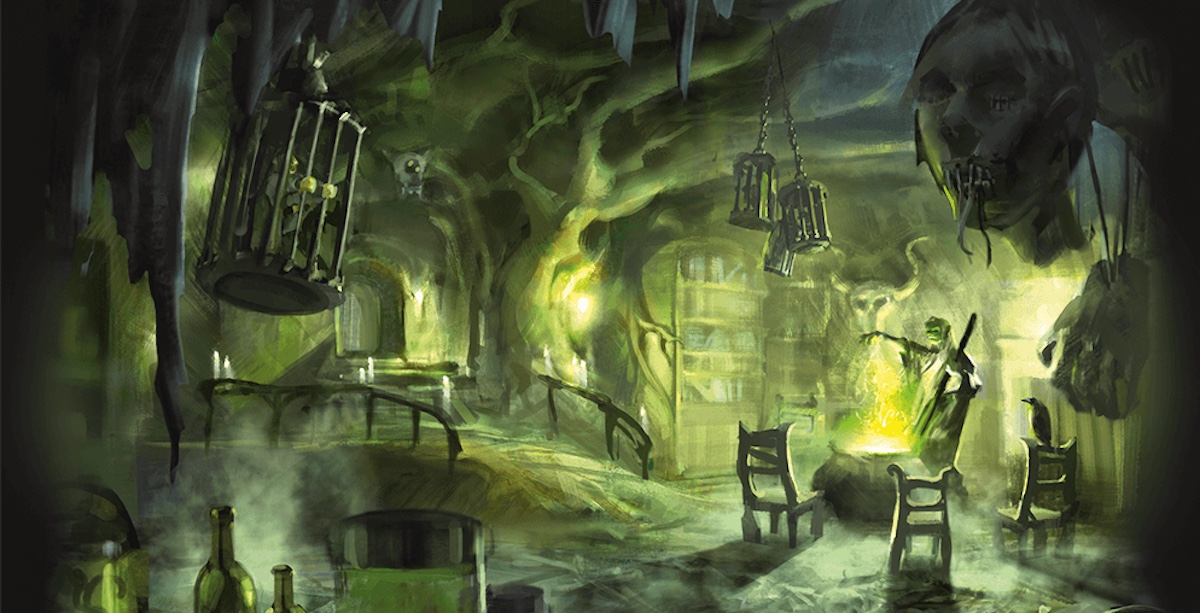 The Hags as Low Level Bosses

D&D is defined by huge boss monsters. The Dungeon Master's Guide has Acererak the arch-lich on the cover, the Monster Manual has a beholder on it's cover, and the Player's Handbook has King Snurre the fire giant lord on it's cover. D&D, of course, even includes "dragon" in the title and when we think of that, we're likely not thinking about the famous Larry Elmore Dragon Slayers art. We're thinking about big dragons. Maybe sorcerer dragons like Iymrith.

Low level characters don't often get to face bosses like that. They're worried about wererats, decaying skeletons, and hobgoblins. We often save our really interesting bosses for high level campaigns.

Enter the hag. Hags are ageless villains. The depth of their black hearts are only matched by the long centuries of their lives. They are cunning and devious. Many DMs probably run hags like any other encounter, the characters burst into a den with one or more hags and, after a fight, down the hags go.

But hags can be so much more. Volo's Guide to Monsters includes eleven pages on hags and it's well worth the read. Volo's also has numerous hag allies and minions including boggarts, redcaps, yeth hounds, quicklings, catoblepases, and banderhobbs. These are the monsters the characters can fight, and fight often. If the characters actually go toe-to-toe with the hag, however, likely the hag has already lost.

To really understand the depth of the hag, give the chapter on hags in Volo's Guide a solid read before running them as a villain.

Thinking Beyond the Stat Block

Monsters are more than just stat blocks. As we move towards the story focus of D&D and away from thinking mostly about tactical combat, this lesson is an important one to keep in mind.

Villains are living breathing entities in our story. Villains in this world don't just face off against characters and fight them in well-prepared battle arenas. Villains do lots of things off screen that affect the lives characters. They manipulate the world around them. They send minions to harass. They pull on strings and set up situations. They kidnap and murder loved-ones. A good villain may never face off against the characters if they can help it.

Statistically, hags, particularly green hags, aren't very powerful. They're challenge 3 and have decent hit points and damage but, if ganged up on, they'll go down quickly. A green hag might be a good threat for a level two or three party party, but not a party of level six or seven characters.

And yet these hags are ancient. They are master manipulators. They've murdered for centuries without getting caught. How can such a creature only be a challenge 3 monster with 78 hit points? How do we make such a monster a threat?

As strange as it sounds, a hag might never fight the characters head on. She might send waves of boggles, red caps, and banderhobbs. She would figure out how to get the town guards to think the characters are murderers themselves. She'll haunt their dreams and taunt them with illusions. She would twist what the characters love into something horrible. Hags aren't going to run up and hack them with their claws, they're going to spend ten years twisting their minds into knots.

Running hags this way can be new for some of us. We know that monsters have a place in the story but we're still used to throwing them out there in front of the characters in combat encounter three and having a big old scrape. Not all of the monsters work well that way. Hags are the prime example.

Hags make much better villains than monsters. Instead of worrying about encounter balance with hags, we should be think about what they're thinking, what they're feeling, and what they're doing. Fighting a hag might be more about gathering information, uncovering clues, and working the hag's ego against herself to find out where she is.

Of course, if we want to beef up our hag in the actual fight, maxing her hit points and doubling her attacks can often do the trick. Maybe she wears a grizzly amulet that lets her distribute damage to her banderhobb bodyguard. Beefing her up, though, isn't the point. The point is how she deals with the characters before combat begins.

We can also give the hag access to all sorts of spells that can screw with the characters from afar. Running a hag isn't about dropping fireballs on the characters, its about manipulating their thoughts and the reality around them. Spells like phantasmal force, dissonant whispers, hallucinatory terrain, friends, charm person, dream, sending, phantasmal killer, insect plague, mass suggestion, and simulacrum can help the hag terrorize the party, particularly if we cheat and let the hag cast spells from afar, like through scrying. The hag's tremendous experience likely lets them break the rules of spells. They can know spells well outside their challenge level and maybe even break the rules of concentration. A hag might use multiple simulacrums to terrorize the characters without them actually being able to kill her. It's nice for the players to be able to recognize the spells that the hag casts but also see that the hag's version is quite a bit different at the same time; strange and powerful.

We DMs aren't as smart as the combined intellects of our players. They'll nearly always outsmart us. If we're in the minds of our villains, how can our villians not be outsmarted by them as well?

Our hag might not know exactly what the characters are up to at any given time, but we are and maybe we can leak some of that information into the actions of the hag. Maybe the hag knows more than the charaters think. Maybe there is a spy among them. Do we trust that sentient sword wielded by the ranger?

If we're going to play a smart villain, we have to give it superhuman intellect that only we creators of the game can give them. It's the only way we can keep up with the four to six brains working against our dastardly foe.

Hags may not be ancient red dragons, lichs, or vampire lords. Yet they can be as cunning as any of those. Low level adventures deserve strong villains just as high-level ones do. For your level 1 to 5 adventures, the hag can make an excellent villain. Think through her eyes, keep her out of harms way, send in her minions, and let her tug on the strings of the characters as her plot unweaves around them.