Our D&D games can become more fluid, flexible, and easier to improvise when we DMs focus on larger situations and less on specific scenes and encounters.

At it's core, D&D can be broken down into the following steps: 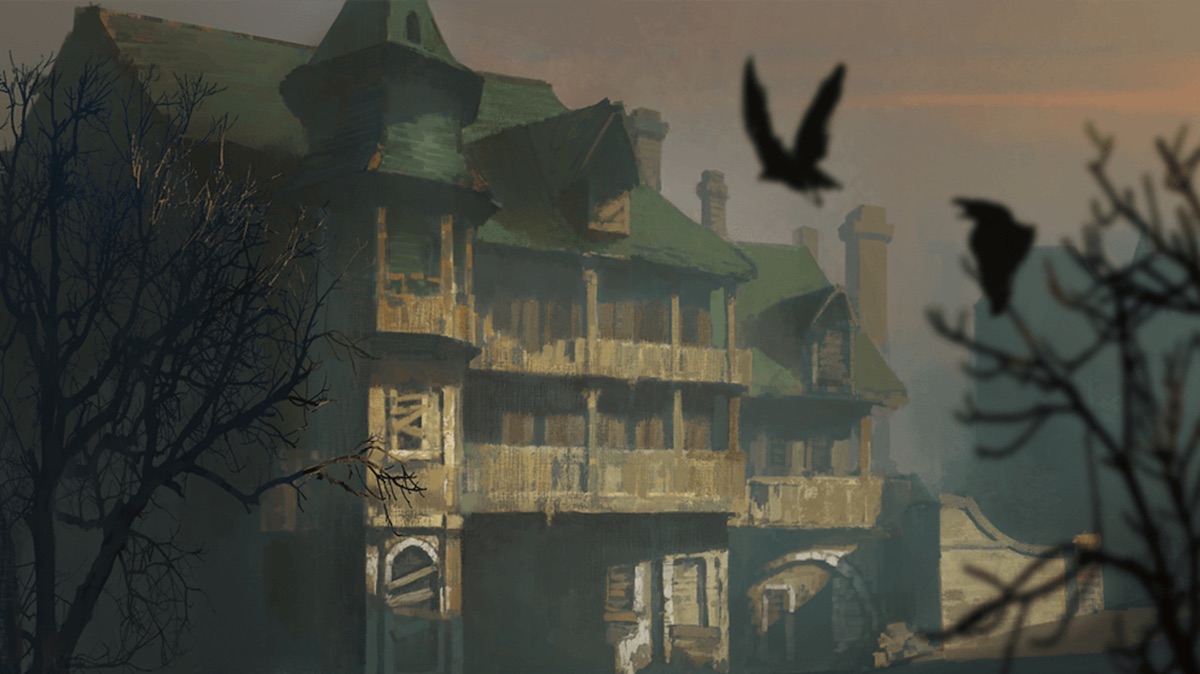 Many times DMs prepare static situations encounter by encounter. There's a dungeon. It has rooms. There are monsters in those rooms. The characters go room to room fighting those monsters. Many DMs break down their adventures into a series of encounters, each like a scene block, with its own introduction and conclusion built-in. Some of them are combat encounters, some exploration encounters, and some roleplay encounters. If these are combat encounters, there are a number of combatants in these rooms waiting for the characters to show up before they begin to act.

The 3rd and 4th editions of D&D focused heavily on these sort of combat encounters. In published adventures they had two-page spreads with carefully balanced battles against a number of foes in various tactical positions. Each battle became its own small board game. Lots of people loved it.

The 5th edition of D&D has largely let go of these static combat encounters. Instead, it, and many DMs who run it, step back and look at the whole situation. Instead of a series of balanced combat encounters, we might look at a whole hobgoblin fort, decide which hobgoblins are there, what their behaviors are, and how they will react depending on the actions the characters will take. In this style, gameplay is much more dynamic and heavily improvised. We don't know how many hobgoblin guards will be at the front gates because it changes depending on the time and other situations around the fort. We don't know if there are any hobgoblins guarding that old well in the back, the one connected to the ancient cistern said to be the home of an ancient and hungry beast.

Instead of having a series of carefully balanced combat encounters, we pull back and look at the whole situation. When the characters confront the situation, spying on the hobgoblin fort from a cliff overlook, we describe the situation and they decide on their plans.

We can call this style of DMing, "building situations" instead of building encounters. Will the characters sneak in through the well, bluff the guards, cause a distraction, or start lobbing fireballs from the cliff? We don't know. That's up to them. How the fort reacts to it is up to us.

We can think of this as though we're widening our aperture when looking at the world. Instead of considering our games as a series of tactical combat encounters, we're looking at the bigger picture.

Ignoring the Boundaries of Exploration, Roleplaying, and Combat

As our aperture widens and we look at the whole situation instead of a series of encounters, we can also let go of the borders between exploration, roleplay, and combat scenes. We likely want to ensure there are opportunities for all three pillars within the overall situation. Some hobgoblins might hate working at the fort and are eager to leave or have the hobgoblin captain displaced. Maybe there are some prisoners. Perhaps the whole fort sits within the ruins of an ancient Netherese castle with a nest of secret laboratories underneath. We can drop in elements of all three pillars into our situation without defining how they will come up during the game itself. We don't define each scene, we just define the situation, and we let the players choose the pillars. 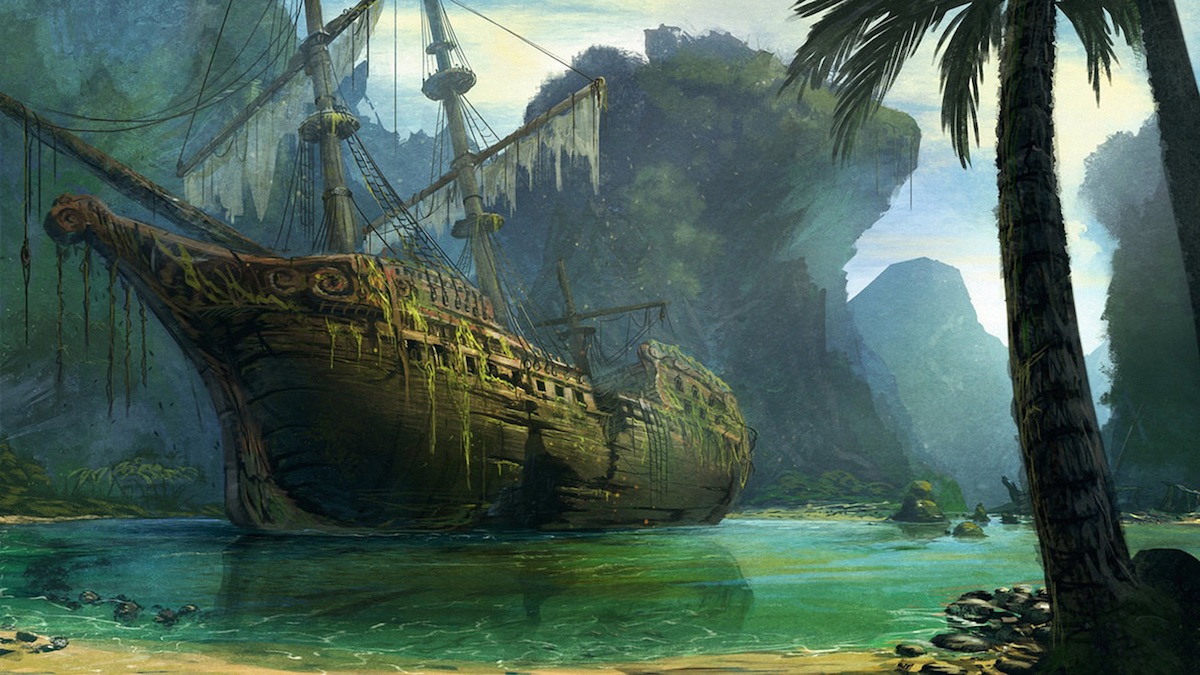 An Example: The Howling Fiend in Legacy of the Crystal Shard

In the D&D Next adventure Legacy of the Crystal Shard, our heroes have an opportunity to deal with a pirate ship from Luskan called the Howling Fiend. In our old way of designing adventures, we might set up a series of well-balanced encounters where the characters fight groups of pirates, pirate veterans, and the pirate captain along with her personal guard. We might have a scene where the characters meet with some drunken pirates who aren't happy with this whole situation in Icewind Dale and might be willing to negotiate. The characters might also explore nearby caves that the villainous wizard Vaelish Gant had used to hold his hostage—the speaker of Bryn Shander.

Instead of breaking this down by scene and encounter, we can look at the whole situation. The Howling Fiend is docked in a huge glacial overhang along Lac Dinneshere. There's a crack in the glacier overhang that leads up to the surface and a couple of pirate guards posted there who can collapse the ice above and seal off this entryway if need be. There are a bunch of ramshackle huts built on an iceflow down by the water's edge and a winding path to an overlook near the crack that leads up to the surface.

There are no defined encounters for this situation. There's only the situation. It's up to the players to choose how their characters deal with this situation. They might use stealth to sneak in and assassinate as many pirates as they can. They might negotiate their way in disguised as pirates or barbarian mercenaries. They might decide to go in with swords drawn and hope for the best. They might sneak in through the crack in the glacial wall or come in on a boat painted black.

We don't know how the players will decide to deal with this. We set up the situation and let them choose their course. When we build situations, it's far easier for us to react when the players go in an unexpected direction.

We can think of these situations as "heists". Each heist has a location, inhabitants, and an objective. We DMs set up the situation and the objectives, the players choose how their characters engage in the heist, and we DMs adjudicate the results.

Waterdeep: Dragon Heist has two such situations. Waterdeep Dragon Heist Chapter 3 has the characters infiltrate Gralhund Villa to chase down an assassin who has stole an artifact that had been intercepted before it could be given to the characters. The DM sets up the situation at the villa, the characters choose their course of action, and the DM determines the results. Later on, depending on how it plays out, the characters may infiltrate the lair of one of the main villains in Waterdeep Dragon Heist. In my own game it was Cassalanter Villa. The devil-worshipping Cassalanters have the Stone of Golorr hidden away in their hidden temple to Azmodeus while conducting a large garden party for the city's elite in their manor. The DM sets up the situation, the players choose their approach, the DM adjudicates the results. The same is true for the infiltration of the Vanthampur estate in Descent into Avernus.

These situations work well. There's a single large location, a faction of enemies at that location, and an objective for the characters to achieve. The rest plays out during the game.

When we build situations like this, we have to be careful not to let a single roll completely ruin the situation or, by default, drop it right into combat. We don't want a single bad roll to ruin the whole plan the players spent an hour putting together. Things may go bad, but it shouldn't be a single bad roll that takes it there. It should come from a series of complications.

We need to keep the idea of "failing forward" always in mind. Just as no single attack roll determines the success or failure of an entire battle, no single skill roll should determine the entire outcome for a heist. Instead, a series of skill checks moves the needle one way or another or steers the path that the scene takes.

A single bad deception roll shouldn't ruin an entire negotiation with the guards in the front. Instead, it might make them more suspicious or greedy.

We have to remember that when we're describing a situation, players are only understanding about half of what we're talking about. They don't see it as clearly as we do. Adjudicate the results in their favor, recognizing that they don't have a full grasp of the situation, so things aren't always against them. The bad guys don't have to be fully alert. Their hearing may not be that good. They may choose to ignore or avoid confrontation instead of facing it head on.

Don't let the outcome hang on a single die roll. Instead let each roll move the story slightly more in favor or against the goals of the characters. It's hard to do but it builds wonderfully rewarding and dynamic scenes we could never have anticipated.

Likewise, if things do turn to combat, we don't have to play it that every hobgoblin in the fort comes running. Battles are chaotic. People get lost. They get scared. It's fine to run waves of combatants but give the characters a break in the story to choose their next action. Give them a chance to run or sneak around. Let the gameplay types shift as the situation evolves.

Developing larger situations doesn't always make sense for the type of adventure we're running. In many cases, particularly dungeon crawls, it works fine if you have scenes from room to room. The dungeon of the dead three in Descent into Avernus is a good example. There's still a situation going on down there but in general, the characters are crawling room to room hunting down cultists. Traditional D&D dungeon crawls can still work well as a series of connected encounters rather than larger situations but even in these series of chambers, there's still an overall situation and the characters may still find a different way to deal with it. For every group that crawled through the caves of chaos cutting down foes, there was another that figured out how to officiate a wedding ceremony between the kobolds and the goblins.

Breaking Away From Assumptions

Building situations helps us hang on tightly to the idea that we're playing D&D to see what happens. We DMs have no idea how the story will go. All we do is set up the pieces and see how the game turns out.