In the summer of 2018 at Origins, Wizards of the Coast and the D&D Adventurer's League ran the D&D Open, a multi-table competition-based D&D adventure called "Gangs of Waterdeep" as a preview to their Waterdeep Dragon Heist adventure. This adventure was writtin by Shawn Merwin, James Introcaso, and Will Doyle.

Warning, this article contains minor spoilers for Gangs of Waterdeep. 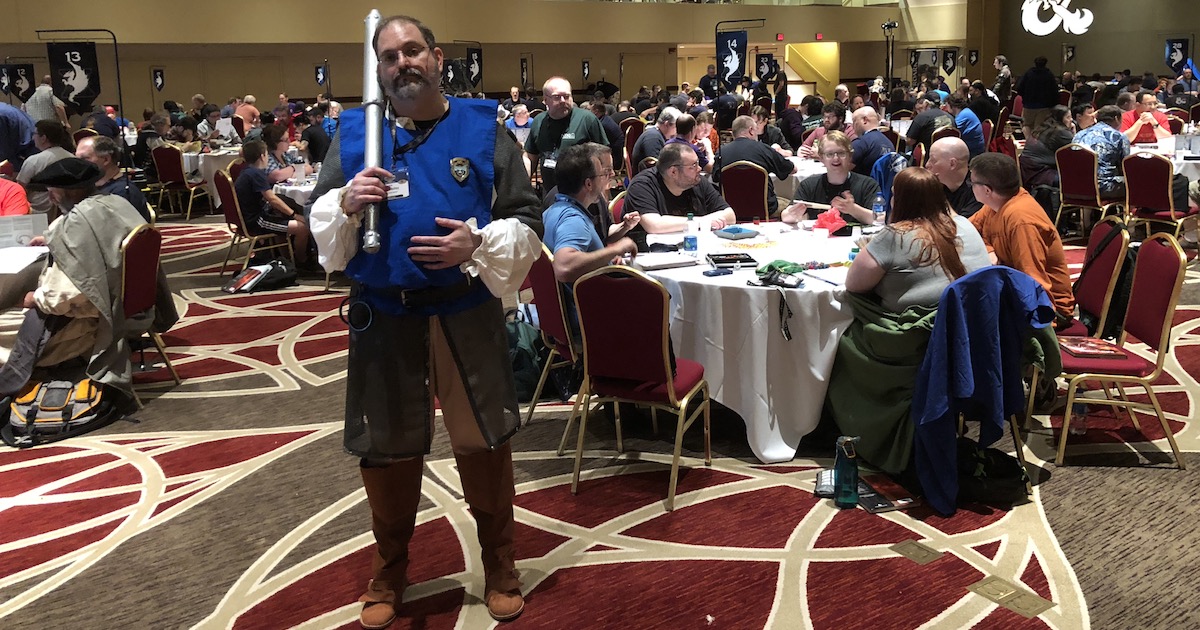 Gangs of Waterdeep mastered the art of building situations instead of encounters. The whole adventure was broken up into 60 to 90 minute segments that each focused on a heist. These could be break-ins, infiltrations, hijacks, and other heist-like situations. Before each of these larger events, the DMs gave players information they could discover and time to prepare themselves for the situation. Then the operation began. Maybe characters would fight their way through it. Maybe they would sneak. Maybe they would like or bluff. How the players chose to approach the situation was up to them and it was up to the DM to adjudicate how it worked out.

These larger scenes are different from the typical way we might plan out our Dungeons & Dragons games with specific exploration, roleplay, or combat scenes with pre-determined starts and conclusions. These larger situations are exciting because our options are nearly unlimited and the outcomes can be completely different from anything anyone can expect.

The next time you're planning out a D&D game, build a larger situation and let the characters choose how they interact with that situation.

When we set up situations and give the players time to discuss how they're going to go about it, we can add timers to keep it to a reasonable amount. If a scenario is likely to take about an hour, we can let the players know that they have fifteen minutes to plan the job before it begins. It helps to have an in-game reason for such a limitation.

One reason to put such a limit on the planning is that the players really don't have all the information about the situation and their plan is very likely to change when more information gets revealed. The longer the planning goes on, the more planning will be thrown away when things go sideways. Limiting the planning session gives players some time to prepare but wastes little time when things don't go as they expect. In some circumstances you want to give players all the time they want to plan an approach towards a situation, like deciding how to get onto a pirate ship and steal a specific treasure they hold. It's always best to watch the body language of the group and see if the planning is going overboard, however.

When we build out situations, we don't determine how the scene will go. We don't decide ahead of time that a scene will involve combat, exploration, or roleplaying. We can let the players decide how to approach it, both as they plan and as the scene takes place during the game. This can be great fun for both players and DMs since no one knows how a scene is going to go. It can help us to explain this to the players before the game so they aren't looking to us for clues to "solve" the scene. It also helps if we're prepared to run some of our combat in the theater of the mind so that we can seamlessly transition between roleplaying, exploration, combat, and back again without a big break in the flow of the narrative. If we have to set up a battle map and miniatures for just one of those scenes, it can slow down everything else instead of giving us easy transitions in and out of combat. Of course, if combat does occur between a good number of different monster types in a complicated area, a battle map or even a loose sketch, can help everyone understand who is where and what is going on.

Gangs of Waterdeep broke away from the typical Adventurer's League style of building level-appropriate challenges for the characters. Typically Adventurer's League encounters are built around a character's level. This can result in fighting a weird hodgepodge of unlikely creatures for the situiation like four swashbucklers and three master thieves breaking into a dress shop to justify a level 8 battle.

Instead, we can choose the right monsters for the story regardless of the level of the characters. If the characters run into a band of thieves on the streets, those thieves are likely bandits. Maybe their street boss is a bandit captain.

It's ok to run combat encounters that are wildly in favor of the characters if it makes sense for the situiation. There's no reason you can't have a group of sixth level characters fight five bandits if that's what makes sense. In Gangs of Waterdeep our gang of level five characters fought three cultists at one point. Could they have been cult fanatics? Maybe, but plain cultists makes a lot more sense.

The only time we might want to be careful is if a battle might be deadly. Then it's worth checking out the math to make sure we won't accidently kill the whole party. 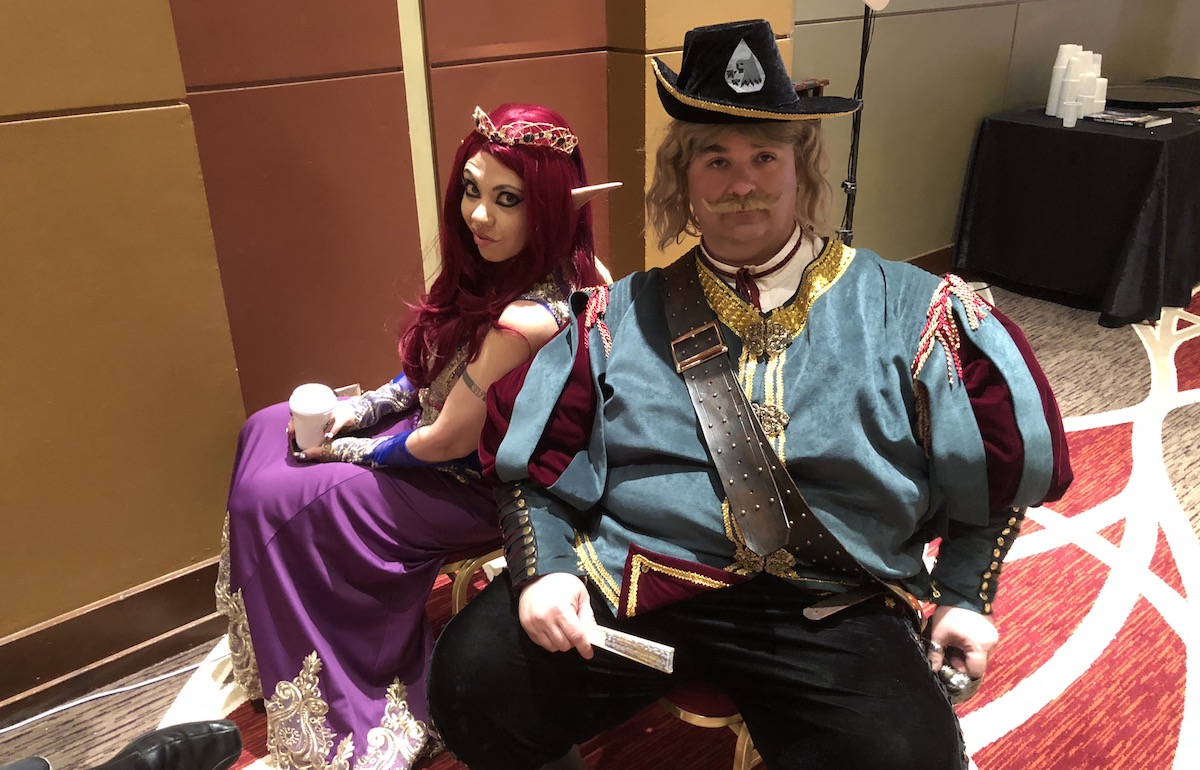 Use Props and Costumes

Props and costumes can add a whole new tacticle and visual feeling to the game. Dressing up as guards, wearing hoods, and otherwise changing our appearance for the game can draw in another level of immersion. So can other props we can use at the table like rustic notes, maps, physical props, and other objects. A puzzle box or cube can become a staple in a long-time campaign, something we hold throughout our adventures. A heart-shaped gem or black coin we can hold in our hand can represent the phylactery of a villain or the trapped soul of a companion. Look for props everywhere, particularly costume shops or hobby shops, and drop them into your game to add a new layer to the story.

From time to time it can be fun to add a new gameplay element to our normal D&D game. Using a big Jenga tower to represent the psionic battle between two opponents can be fun. We can use mastermind puzzles, Caesar cyphers, or strimko puzzles to represent the puzzles our characters find in-game. Keep in mind that these puzzles don't work for those who are visually impared so be ready to toss them aside if players can't take part in them. It's usually easy to change a puzzle into a series of skill checks if players either aren't figuring them out, don't care about them, or are physically unable to take part. 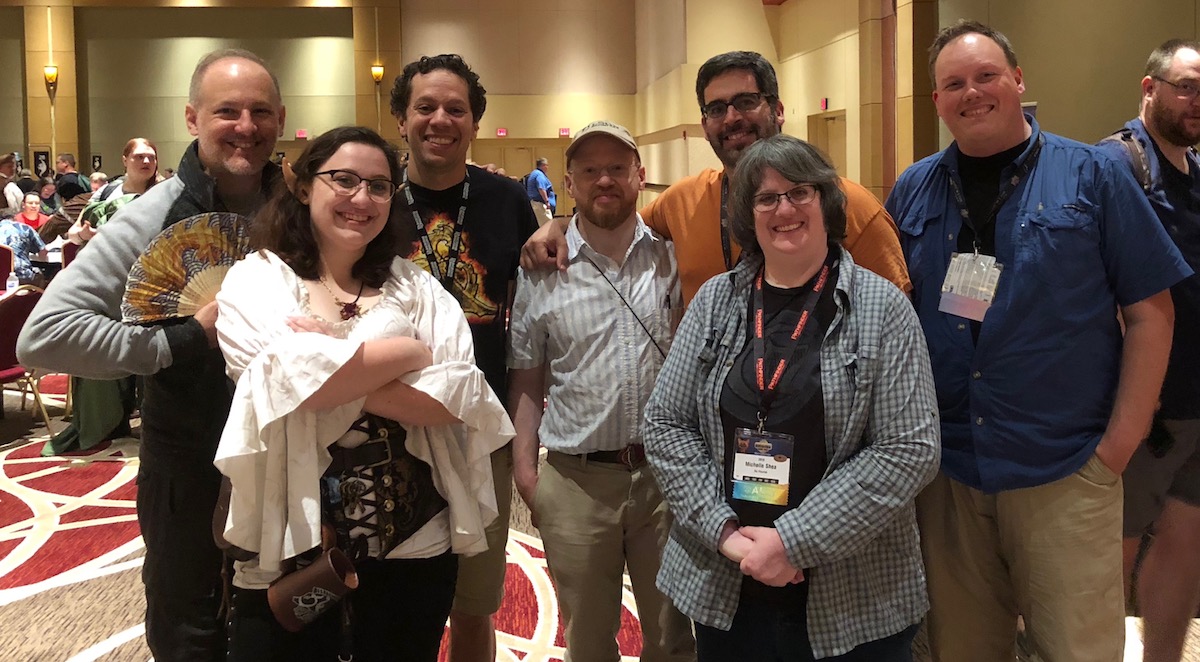 The Gangs of Waterdeep adventure models an excellent design for adventures overall. Its focus on developing interesting situations that the characters can explore in many different ways gives a freedom we don't often find in published adventures. It focuses on the story by putting thematically appropriate monsters in the right spots regardless of whether it's an "appropriate" challenge to the party. It times both planning and execution of the scenes in the adventure, keeping the tension high without removing the agency of the players' decisions. It included some excellent props and costumes to help bring another layer of depth to the game. It also included a fun new gameplay type, one that worked in parallel to the rest of the adventure, that proved to be a fun event all to itself. Gangs of Waterdeep was an excellent model for the adventures we can run at our own game table.