Two Thugs in the Woods

Here at Sly Flourish we're big on setting up situations in our Dungeons & Dragons games instead of building pre-determined encounters. Instead of deciding that there are three bandits and two scouts in a chamber underneath the haunted mansion, we know that there are roughly six bandits, two scouts, two hobgoblins, and an evil wizard hanging out in the whole cave complex down there. Depending on what they're up to and whether they hear of the characters, they could be in various places; eating, checking on their fine stolen wares, or looking longingly over the sea. Which bandits, scouts, hobgoblins, or wizards the characters will encounter first depends on how they approach the situation. If they're sneaky, maybe they can catch two of them unaware playing dice or sharing a bottle. If they're loud, the whole hideout might prepare for their imminent attack, choosing which corridors to defend or which rooms to reinforce.

We set up situations so our players can interact with them any way they wish. They can sneak around, they can talk their way through it, they can rush in and attack; whatever way they choose, the situation will adapt. We don't have to build scenes around one of the three styles of play: roleplaying, exploration, or combat. Instead we can build out a situation and let the players choose how to approach it.

Not all situations have to be this complicated. Sometimes simple situation can offer many potential options while also teaching us something about our players and bringing a lot of fun to our game. 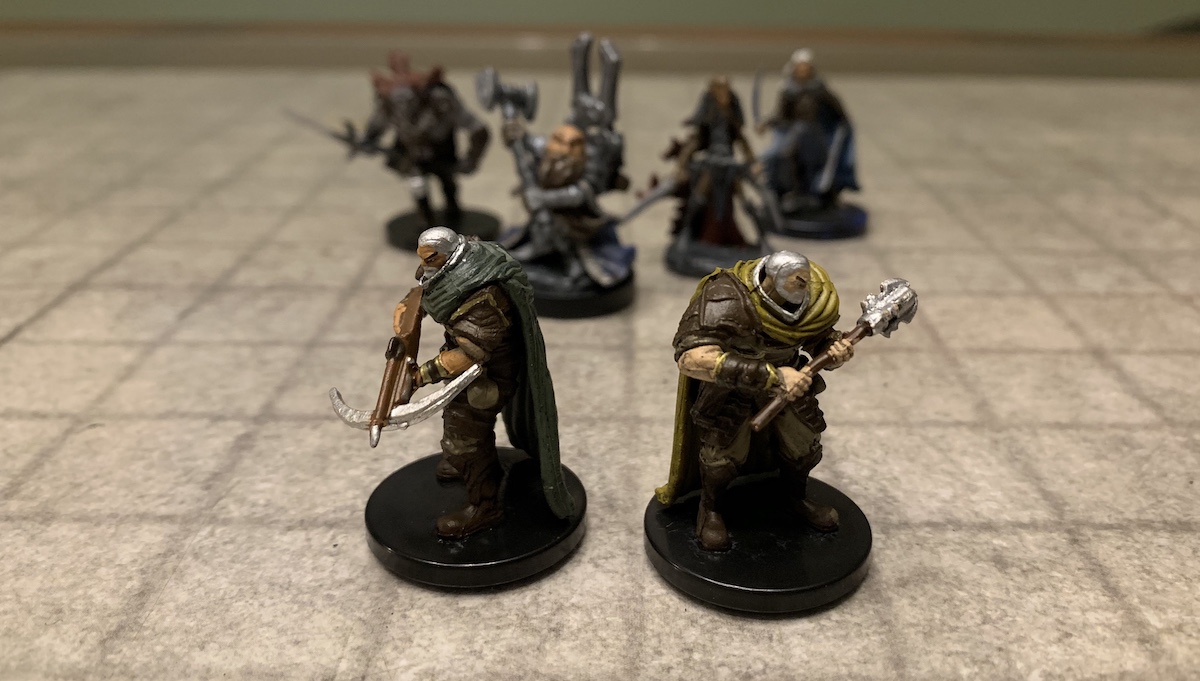 Two Thugs in the Woods

Let's say the characters are on an island trying to find the site of a dark ritual going on in the woods. While sneaking through the woods the characters come upon two thugs hanging around slacking at their job of looking for intruders.

We don't have to build a big set-piece battle for a situation like this. We don't have to pull up Kobold Fight Club and see how hard the fight is going to be. We don't have to ensure there's all sorts of special terrain to keep people busy or write up two pages of history on these two thugs and their issues with their troubled childhoods.

It's two thugs in the woods. That's the situation.

And yet there are many ways to deal with this situation. Will the characters try to sneak up and listen to their conversation? Will the characters try to trick the thugs into thinking they're with the cultists performing the ritual? Will they sneak around them? Will they jump them and beat them into the dirt? A situation of two thugs in the woods has a lot of potential for many different styles of play.

Such simple situations aren't the whole picture. Sometimes we want a great boss battle. Sometimes we want the characters to run into a whole army of bandits or a ship full of pirates instead of just a couple of thugs. Sometimes we do need to consider how an entire hobgoblin war party occupies the ruined castle.

Sometimes, though, two thugs in the woods is all we need to build an interesting encounter, give our players the freedom to choose their approach, and help us learn more about our players' desires.