A few of 5th edition D&D's rules aren't quite as simple and clear as we'd like. How surprise works is one of those. Today we're going to dig deep into surprise, how the rules are intended to work, and some ways we can make it easier to run at the table. 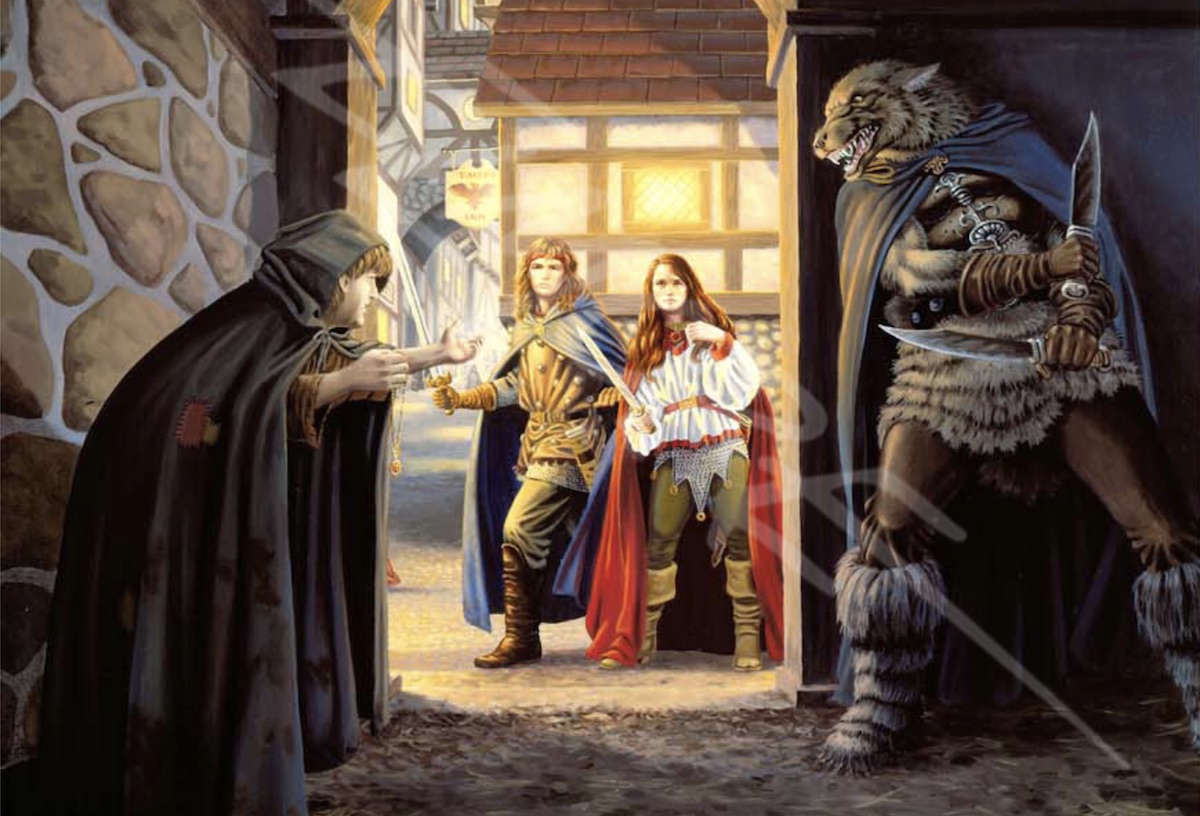 The rules themselves describe surprise thusly:

The DM determines who might be surprised. If neither side tries to be stealthy, they automatically notice each other. Otherwise, the DM compares the Dexterity (Stealth) checks of anyone hiding with the passive Wisdom (Perception) score of each creature on the opposing side. Any character or monster that doesn't notice a threat is surprised at the start of the encounter.

If you're surprised, you can't move or take an action on your first turn of the combat, and you can't take a reaction until that turn ends. A member of a group can be surprised even if the other members aren't.

Most of this is completely straight forward except for one part. It's that final sentence of the first paragraph. Where it says "doesn't notice a threat", is that "any" threat, or "all" threats?

Given the above description, we can almost consider "surprised" to be a condition. If you are surprised, you can't move or act on your turn and you can't take reactions until your first turn ends. But what happens if you are surprised by one creature and not another? The rules don't say but the official Sage Advice Compendium does. Here's the relevant passage from page 9.

You can be surprised even if your companions aren't, and you aren't surprised if even one of your foes fails to catch you unawares.

I take this to mean that a creature isn't surprised if it detects any potential threat.

Let's say the characters find a situation in which they can try to catch a group of gnolls off-guard in the caves of the underdark. The gnolls are coming down the cave and the characters know it. The characters spend a bit of time preparing. They each roll a stealth check. Stompy the paladin rolls a predictable 6 while Darkshadow the rogue rolls a 17. The gnolls have a passive perception of 10. When they come around the corner and the rogue pulls the trigger of their crossbow, time stops and we roll for initiative.

Remember, there is no surprise round. The shot doesn't go off and get resolved before initiative is rolled. The minute any creature begins a hostile action against another creature, time stops and we roll for initiative.

This means that the group is nearly always going to fail attempting to get surprise on their enemies because Stompy is always dragging them down. Instead, if the situation is right, we DMs might rule that instead of individual stealth checks, the characters can roll a group stealth check. See "Group Checks" in chapter 7 of the Player's Handbook. While Stompy is still dragging the group down, they are likely offset by Darkshadow's high stealth check. If the majority of the group gets a stealth chech higher than the passive Perception of the gnolls, the gnolls are surprised by the whole group.

What if we switch sides, though? How does it work if the monsters are trying to ambush the characters? Let's say the gnolls know the characters are coming and they want to hide. Let's say there's sixteen gnolls. We're not about to roll 16 stealth checks. Some gnoll is going to screw it up for sure, and that makes sense. We're also not going to roll a group stealth check for 16 gnolls. Instead, we can use the passive Stealth of the gnolls. They have a passive Dexterity (Stealth) of 11. Not so great. The characters will see them if any of the characters have a passive Perception of 11 or better. However, each character has their own passive Perception. Let's say Broadchest the fighter has a passive Perception of 9; he's going to miss the gnolls and get surprised. And since Broadchest missed all of the gnolls, they're truly "surprised". They can't move or act on their turn and can't take reactions until that turn is over.

This is pretty harsh. Players hate losing actions. While it makes sense, we should use this sparingly; only when it really reinforces a key aspect of the game.

Your Own Rulings Apply

The above is my own interpretation of the rules as written. Many DMs have their own favorite rules they drop in for handling surprise in D&D. Some DMs use full "surprise rounds", a holdover from previous versions of D&D. Others simply let the story dictate how things go. For about five years I would give either characters or the enemies a free round of attacks if I decided one group surprised another. It was simple and worked just fine but I'd rather run the rules as written as much as I can unless I have a really good reason to avoid it.

Hopefully this article offered a better understanding of the intent of surprise in D&D. Take it and add it to your arsenal for sharing stories of high action and adventure with your friends and family.