Dungeons and Dragons Tips From Gencon 2015

During Gencon 2015, I had the opportunity to play in twelve 5th Edition Dungeons and Dragons games over four days. I had ten different dungeon masters of all different skill levels. Many of these games were fantastic while others were simply ok. Playing so many games with so many different DMs is a great way to pick up all sorts of tips for running our own games better. In this article we'll look at a few specific pieces of advice based on observations from the player side of these twelve games.

If any part of our game begins to stall, we should move the game forward. It doesn't matter if we're running a published module, an organized play game, or our own home brewed adventure, if we feel the game slowing down, we should push ahead. If combat is getting slow, turn all of the monsters into one-hit minions. If players are having trouble with a puzzle, give them more information or make the puzzle easier behind the screen. If folks are tuning out during a conversation with an NPC, end the scene and move on.

Good pacing is imperative for a fun game but we can often lose sight of it in order to stick to the story we have in our head. If the pacing begins to feel slow, tear up that story and push it into a new scene.

As we move things forward, hoever, we should ensure we do so as part of the narrative of the game. Don't make the players feel like they lost because they didn't get all five steps of Xonthal's maze. We can keep our changes behind the screen so the players still feel like they accomplished the goal.

End Battles Early Behind the Screen

By far, the biggest problem I saw at Gencon 2015, besides running every game with seven PCs (see the next tip), were DMs who ended combat by saying "let's just call the battle here". DMs both great and not so great committed this sin. Ending battles early is absolutely fine and encouraged, particularly if it helps move things forward (see the first tip). Don't kill a victory by saying you're going to "call it right here", though. It steals any potential satisfying climax out of a fight. As DMs, we might get tired. We might get frustrated because the PCs dominated what otherwise would have been a tough fight. Don't spread your disinterest to your players, revel in their excitement! Be fans of the PCs and come up with interesting ways to end the battle in a powerful in-story conclusion.

There are a ton of easy ways to end a battle early without stealing the glory of victory. Make the next big hit the lethal one. Have the other side flee in terror even if it means taking four opportunity attacks. Have creatures explode or turn to dust when their boss is killed. Give the PCs a chance to create their own catalysmic event that wipes out the enemy side. You might even describe with your players how the rest of the battle went outside of turn-based combat. However you end it, don't break the narrative to end a battle early.

Run with Four or Five Players

We may be tempted to run our games with as many as seven players but for every player above four or five, we're reducing the amount of time any one player can spend actually playing the game.

If we have fewer than four players, we might start to lose the interesting synergy between the ideas of the players. Our games, after all, benefit from all the imaginations of the players sitting at the table. More than five and each player has less they can do in the game and less attention from you and the rest of the group. Four to five PCs is the sweet spot for D&D 5e.

Take a look at Wil Wheaton's Titans Grave game to see how well four players can weave a larger story together.

Go Off Script for the Fun of the Game

We don't hold all of the responsiblity for the fun of the game, but we certainly have the majority share. We can't blame a module or adventure if our game goes badly. If we ever find ourselves saying the words "well, that's how the module is written" we need to rethink our strategy. While it takes an entire group to make for a fun game, the DM is the facilitator of that group. We can't fix every problem but we should always try to steer the game towards the most entertaining direction.

The fun of a game doesn't sit on the printed page of an adventure. It sits in our hands when we run the game itself. Change anything to keep the game heading in a fun direction.

Add Flavor and Drama to the Mechanics and Dice Rolls

With a mechanics-heavy game like D&D 5e, it's easy to focus on the numbers and the dice rolls without ever considering what they mean in the game. Some players might equally focus on the mechanics. We can break this cycle by describing attacks coming from monsters and asking players to describe the actions of their characters outside of the die roll. What does a fantastic success on a disarm traps check look like? What does a high-level attack roll look like between a knight and an ogre?

Pay Attention to the Players and Their PCs

Players likely care more about their PCs than they do about our stories or our adventures. When we're running our games, we should spend as much time and attention as possible focusing on the PCs. Remember who they are, what they want, what they're good at, and what they're afraid of. Tug and pull on all these strings throughout a game to keep them tied in.

Consider dumping your DM Screen and using a PC-focused DM Cheat Sheet instead. Address players by the names of their characters. Ask them what their killing blow looks like. When they succeed or fail on a skill check, ask them what it looks like from their character's point of view. Use what they give you to change the adventure however it best draws them in. The PCs are the most important part of our adventures. Never forget it. 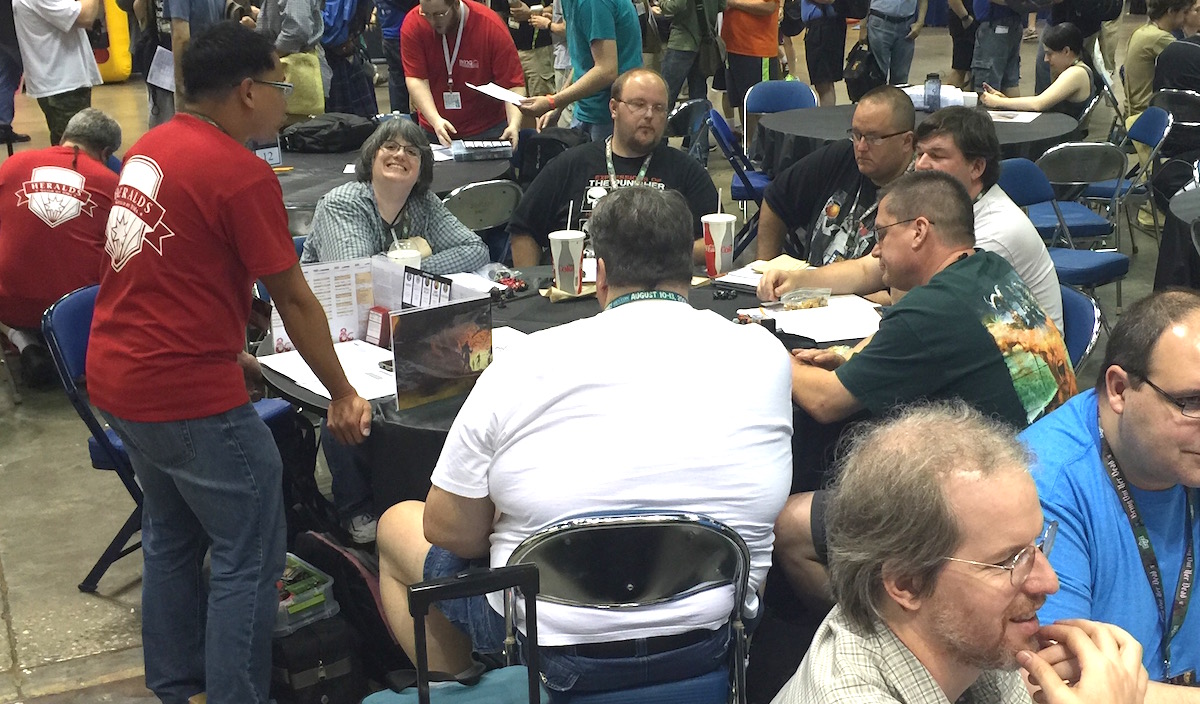 This is a personal tip from the best dungeon master I had the opportunity of playing with at Gencon 2015, Jay Africa, the regional coordinator for the San Fernando Valley Adventurer's League. If you are able, standing during a game completely changes our flow of energy. It keeps us more active. It keeps us from getting bored. It lets us describe things with our whole body. It sounds weird but next time you're running a game, move your chair away and try running your game standing up.

This article is packed with advice for running D&D games but each of us has our own style and our own desires when running a game. Advice is bullshit. Experiences, however, are always worthwhile to hear. As always, take the experiences in this and all Sly Flourish articles as ideas and experiences to add with your own and determine which ideas help make your own game better.