Breaking Bad is one of the greatest television dramas in the past twenty years. With an amazing depth of character, great writing, and wonderful cinematography, Breaking Bad makes us wince but never look away.

There are some valuable tips for Dungeon Masters when watching a show like this. Today we're going to look at three tips from Breaking Bad that can make your game's story a lot more fun. 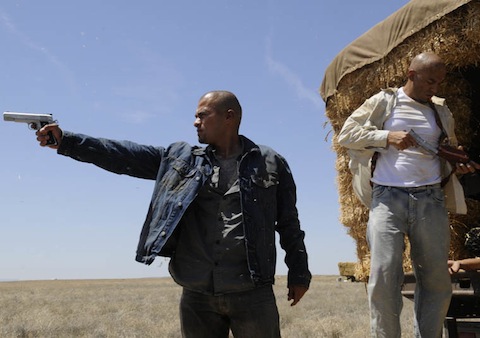 Tell past stories to fill in the gaps

In one memorable episode of Breaking Bad, we are treated to a small flashback that tells the story of a drug dealing uncle who teaches his sons a lesson in dedication to family by sticking one of the children's head under water until the other hits him hard enough to release him. It's a chilling tale of two of the show's villains, the Cousins.

A short background story on your game's NPCs, perhaps sent over email, can give your players a far greater sense of depth than a few lines thrown out here and there. Write up a short story to tell the tale of your game's villain. Make it specific but representative of the character they will face.

In Breaking Bad, a series of terrible events all occur from a tiny element of chance early on. Like the show, don't shy away from a chain reaction of events that change your campaign's entire path.

For example, perhaps your characters poked fun at a particular bar maid. Perhaps that bar maid, cursing her luck, joined a ragtag band of thieves only to slowly become a master assassin. Perhaps this master assassin shows up again 20 levels later to exact her revenge. 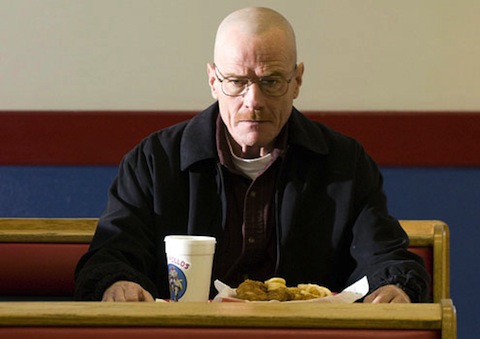 Good and bad is relative

Breaking Bad is the story of a once-good man who steps closer and closer to the darkest evils of the world. While his initial intentions are good, Walter finds himself getting deeper and deeper into a world of narcotics and murder. Worse still, he begins to like it, taking a dark pride in the work that he chooses.

In D&D, good and bad are just as relative. In a world like Eberron or Dark Sun, there is less of a distinction between good and evil. There is a large muddy gray sea where good intentions can lead to bad actions. Use this principal to put your players into positions where they must choose which path they will take, the ideal path or the practical path.

Breaking Bad is a wonderful show. It's the sort of show that sets your imagination on fire and can, when channeled, lead to some great stories in your D&D game.