Disclaimer and Warning: This next post is part D&D article and part review of the final episode of Breaking Bad entitled "Felina". It's going to contain major spoilers about the show. If you haven't seen Breaking Bad, do yourself a favor and start watching. Come back here when you're done. We'll wait. 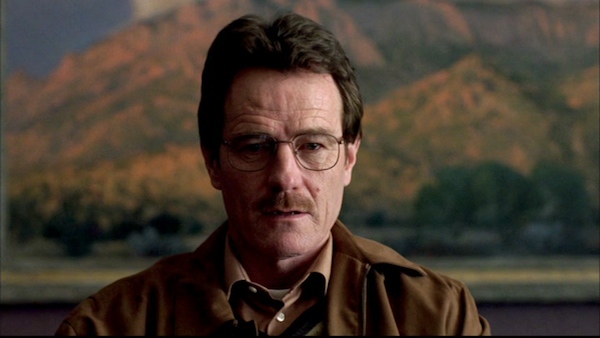 There are few better examples of a character-driven story than that told by Vince Gilligan and the writers of the TV series Breaking Bad. Breaking Bad recently closed with a final episode, entitled "Felina", that left critics and fans mostly satisfied. Ends were tied, comuppances were dished, closures were reached. It was also an episode unfaithful to the character-driven storytelling that made the rest of the show so damned compelling, and Vince Gilligan knew it. He knew what we wanted and, instead of going with the chaos of bad luck and compulsively bad decisions, we got nothing short of divine intervention, a God in the Machine Gun.

We've talked before of the advantages of organic storytelling in our fiction and RPGs. Driving stories from the backgrounds, motivations, and actions of our PCs and NPCs makes our games exciting every week. None of us, even DMs, have any idea where the story might go. As preached in the good book Dungeon World, we "play to see what happens", not to force-feed six people the epic tale we came up with when we were fifteen years old. Character driven stories are dynamic and fluid and feel real because there is no plot, no character arc, and no pre-determined ending. We love character driven fiction because they speak the truth. They don't bullshit us with what we want to read or see or hear. They tell us what would really happen even if we hate it. 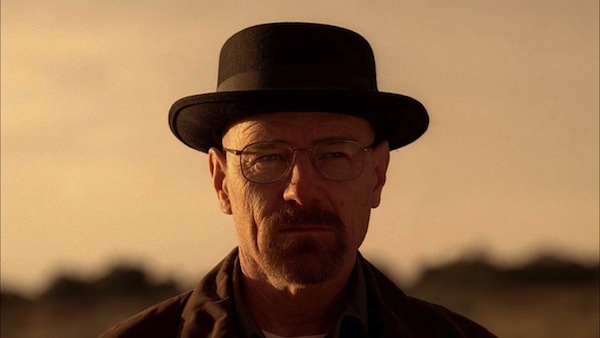 We saw great character-driven fiction all throughout Breaking Bad. We saw Walt try, fail, persevere, try again, fail again, and dig his way out again for sixty two episodes. We saw him spend all weekend in the desert cooking up a million and a half dollars of meth only to run the battery dead in his mobile meth lab. We saw him try to poison a psychotic drug kingpin with risin only to be made by a mute with a bell. We saw him nearly axed to death in his own home only to be saved by a well-timed phone call between Mike and Gus. We watched Walt make all sorts of mistakes and all sorts of bad decisions but we kept coming back because what we saw was true to his character — a brilliant scientist who wanted to be "the one who knocks".

The Dark Side of Character-Driven Fiction

As much as we love it, there's a huge price we pay for character driven fiction. The same mess we love in the middle of the story is still there when we reach the end. Stephen King's The Stand is a fantastic book but the ending sucks. Battlestar Galactica was awesome until they realized they needed to find an ending and decided that everyone would be a cylon. As for Game of Thrones? I wouldn't hold out a lot of hope for a satisfying ending if I were you. It's very common for organic stories to unravel and turn into shit if the writers get sloppy or scared or influenced by corporate suits selling us junk food and Snuggies.

We shouldn't pretend we're going to find a good balance here. The writers for Battlestar Galactica aren't stupid and there's no better writer in America than Stephen King. The reason we see things go so bad so often with character-driven endings is because it's really hard. We have to make the least bad choice.

"I always say I like organic storytelling but every now and then you succumb to the inorganic method and sometimes it works just fine for you provided you struggle hard, you endeavor, to not leave any loose ends."

The writers of Breaking Bad faced this very problem. For six seasons we watched the story unfold in ways we never would have expected. We saw things we loved. We saw things we hated. We watched our favorite characters die. We saw villains conduct horrors without retribution and innocents slaughtered like livestock. But we kept coming back because we always saw the truth. 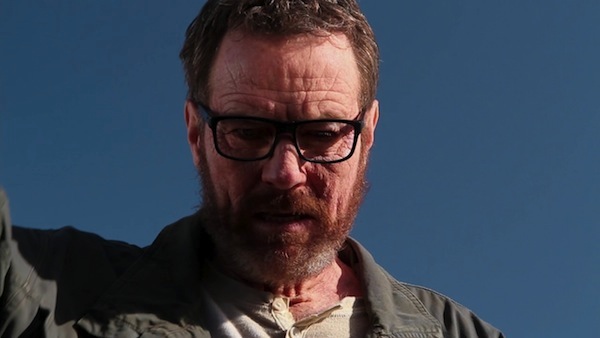 Then it was time to end the series and tie up those loose ends. If Breaking Bad was Vince Gilligan's D&D game, he had ten million players at the end of a character-driven campaign ready to go home and go to bed. So he's left with two choices, neither of them good:

In Felina, Vince and the writers chose option two. It couldn't be made more clear to us than in the first scene in the episode. Walt sits in a car in New Hampshire, stares at the white snow on the windshield, and says "get me home". It's the closest thing to a prayer we've ever heard from Walt. And God (read Vince, the writers, and the desires of the audience) answers. Keys fall from heaven and right into his lap. At that moment Walt, as a friend of mine put so well, cashes in all of his Fate points and gives us the ending we want instead of the one Walt ultimately deserves.

At this point in the show everything goes right for him. He convinces Gretchen and Elliot to get what remains of his money to Flynn. He manages to poison Lydia easily, without anything close to the problems he had when he tried to poison Tuco. He even gets to see Holly and Flynn one last time. Then we get to the magical M-60. Walt gets a machine gun that only kills characters we don't care about, wounds those we need wounded, and leaves those unharmed we need unharmed.

The magical M-60 misses Todd and Jesse completely only to give us the joy of watching Jesse exact his chain-choking revenge upon Todd. The magical M-60 wounds Jack, the head Nazi, exactly enough so that Walt could do the final honors. The magical M-60 wounds Walt himself just enough to give him the time to complete everything he needs to do before dropping dead before the cops can get him. At the moment of his death, we see the God-cam pull away. The divine influence over Walter White is over. We have exactly what we wanted.

Reading this you might think I disapprove of the ending. I don't. I think Felina gave us the best ending we could have hoped for. It was the ending we wanted and our desire for closure reached in through the hands of Vince and the writers directly into the story itself. We dropped those keys in Walt's lap. We fed the ricin-enriched Stevia packet to Lydia. We aimed every bullet of that M-60 so we would hit only those it needed to hit exactly as they needed to be hit, and not hit anyone else. We got closure.

Emily Nussbaum of the New Yorker had an even better theory about the ending. Here's her ideal interpretation:

"Wouldn't this finale have made far more sense had the episode ended on a shot of Walter White dead, frozen to death, behind the wheel of a car he couldn't start?"

Her analysis of the final episode is spot on.

If we assume her theory that it's all just the dream of a dying man isn't true (and I don't believe Gilligan saw it that way), how did the writers decide to come to give Walt such a free pass? Here are some quotes by Vince Gilligan on EW:

"It was very hard-fought, trying to figure out how to plot all this stuff out so that everyone got theirs."

"The audience has been real good to us, they've paid very close attention, we want to reward them by not leaving any loose ends here."

They chose to railroad the end of the campaign.

We're going to face very similar problems when we end our D&D campaigns. If we've gone with a character-driven story, we will have no idea how it might end. We might have tons of loose ends all over the place. If you feel the need to tie them all up, you're going to have to shift to driving the plot in order to tie them up. We refer to this as railroading. Damn luck, damn character, damn the truth, we're going to tie it all up.

We don't have to, though, we can choose option one. We can leave things messy. We can leave loose ends. For a D&D campaign, this might mean we leave ourselves an option to return.

As for Walt, Vince, and the Holy Avenging M-60, we got what we wanted and I'm perfectly happy with that. I still contend that Breaking Bad is the best TV series that has ever existed.