Quite a few D&D players and DMs have been all about the Dragon Age these past couple of months. While not a perfect game, it shows just how far computer and console RPGs can go. There's a lot to love in Dragon Age and a lot to learn as well. Today we're going to discuss three interesting ideas DMs might take away from this popular computer RPG. 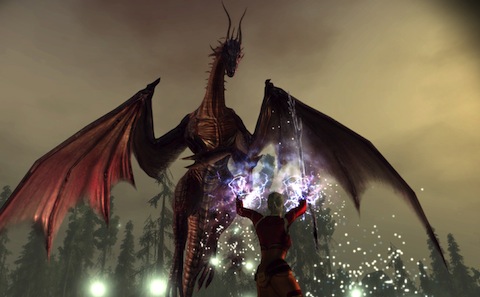 Meaningful Choices on the Rails

There's piles of discussions on the net discussing the benefits and disadvantages of games run on the rails versus games run in a sandbox. Dragon Age shows us how a game can essentially follow a single storyline from point A to point B to point C and so on without feeling like it's on the rails. There are tons of decisions to make in Dragon Age, with many of them feeling like they will have a heavy impact on the story. In reality, however, you'll see the same general situations regardless of what choices you make.

Learning how to do this in our own game can make an on-the-rails plot driven game feel like a sandbox game. We can do this by placing decision trees throughout our games that don't necessarily impact the overall plot direction but change how the players get THROUGH that plot direction. It's a hard lesson to learn but very valuable when learned. It can make any single-focused campaign feel like a rich and deep world full of choices and opportunities. 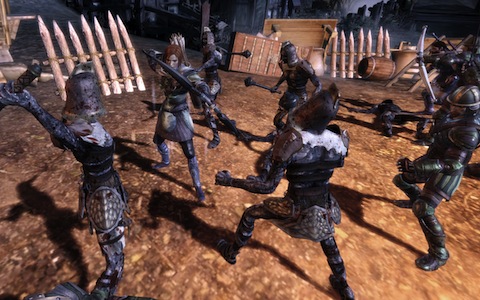 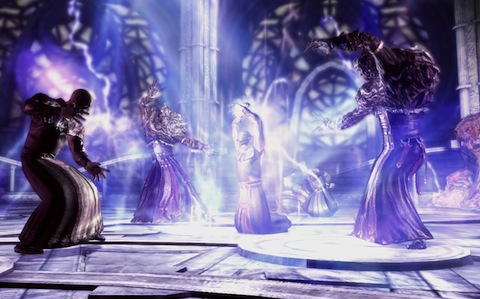 Combat Doesn't have to be to the death

As a DM we might often develop a rich villain only to have him quickly killed without hardly saying a word. Dragon Age often has situations where the final blow isn't truly final. Instead of having the final blow kill your villain, have it be a mortal wound or stunning blow that puts the enemy at the mercy of the PCs. This can become an opportunity for those choices we talked about earlier. Should the PCs finish him off or let him live? Are there dangerous repercussions if he dies? Preventing a final blow from killing your boss villains can add rich new storytelling opportunities into your game.

These are only a few tips a DM might pick up by playing Dragon Age. For more interesting tips, check out Hannah Lipskey's Roleplaying Tips article, "9 Things Dragon Age Taught Me About Running a Better Game".

Like this article? Consider using these links to purchase Dragon Age: Origins from Amazon for the PC, Xbox 360, or Playstation 3.