In Joe Lastowski's worthwhile criticism of Dungeons and Dragons 5th Edition monster design, he shines a light on the focus on armor class as most likely target for monster attacks. Here's a quote:

Now, unless you've got a spellcaster monster, EVERY ATTACK targets armor class, which means that every combat puts the heavily armored fighters up front and everyone else hiding outside of range.

Though 5th Edition has a relatively flat curve for armor class and attack bonuses, there are ways for PCs to get armor classes above 20 and occasionally much higher.

With the importance of armor class as the primary defensive stat, we DMs should keep some tricks available to ensure that even high AC characters can feel threatened.

Like our look at Making Monsters Interesting we're going to take a look at how to keep the threat up on high AC characters without negating their very legimitate choice to maximize it. 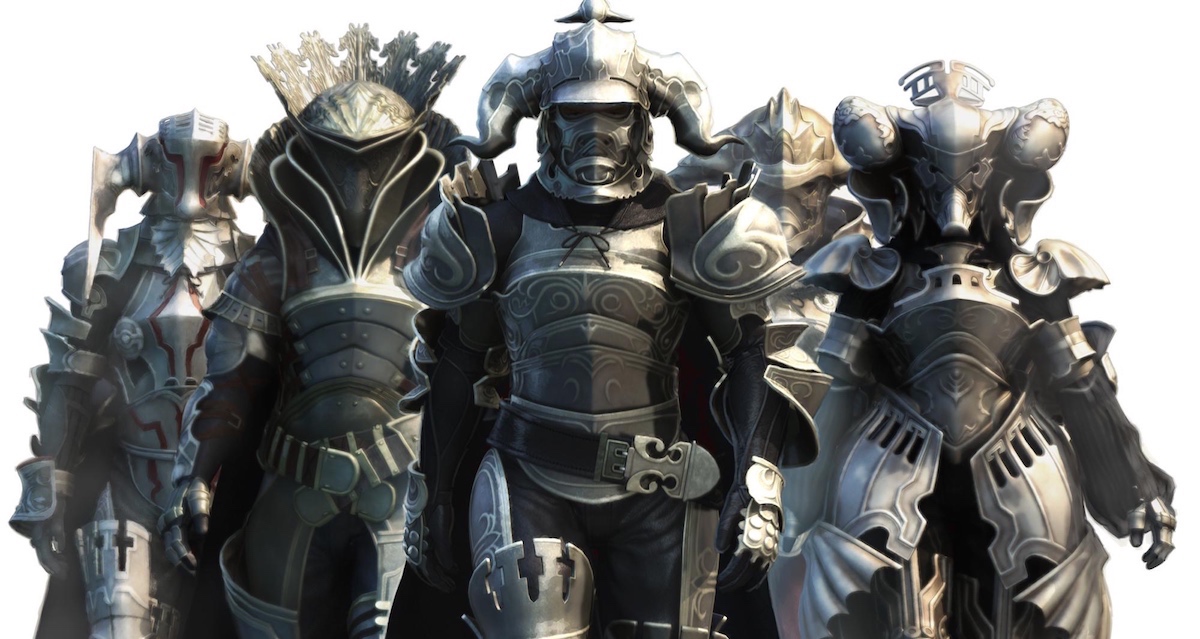 Strategy 1: Don't Worry About It

One of the easiest ways to deal with this problem is to ignore it. This player decided to focus their character around high armor class. It isn't your job to try to negate those decisions. Play the game normally and let attacks miss this highly armored opponent. Give them the validation they desired when they built the PC that way. Most of the time this is the best way to handle it. You only have to worry about other strategies if the game starts to feel stale because of a continual removal of threat due to high AC. If that starts to happen, it's time to consider other strategies.

If you have a lot of smaller foes, one foe can use the "help" action to grant advantage to an ally against a heavily armored PC within five feet. If a foe is particularly strong, they can use the "grapple" or "shove" actions to give advantage to more that one ally against the high AC character. This pits your monster's athletics check against the armored PC's athletics or acrobatics check which might have a greater chance of success than a straight attack against AC.

Strategy 3: The Rock, Paper, and Scissors of Spellcasting

As Joe mentions in his article, enemy spellcasters are one of the few monsters able to avoid targeting a PC's armor class and force opponents to roll saving throws. This only works well if enemy spellcasters know who to target and with what. Here are some tips for running effective spellcasters:

Spellcasters are smart enemies and will often know how to optimize the use of their spells. Pay attention to the PCs abilities and if it makes sense for the enemies to know about it, use your experiences to their advantage.

Beyond these basic strategies, there are some dirty tricks we DMs can incorporate to bring a greater threat to high AC characters. Most of these are not legal for organized play but the gloves are off in our home game. We can do whatever we want there as long as it focuses on keeping the game fun.

Cheat Code: Screw With The Terrain

There's little worse than fighting in shitty terrain. You won't want to do it all the time, but giving enemies advantageous terrain is a great way to put the pressure on high AC fighters. Perhaps the PCs wandered into a canyon where four enemy scouts have perfect shots at the armored PC, giving the advantage on each of their two shots per scout. That's sixteen d20 rolls. A couple of those are likely to hit.

Areas infused with arcane energy can likewise give enemy spellcasters advantage on their magical attacks.

We've discussed tweaking monster attributes before as a way to make monsters interesting. This is a good technique for giving monsters a little bit of an edge against your high AC PCs. Perhaps every one of those thugs the PC is about to fight is a seasoned veteran; stronger and faster than their peers. Giving them an 18 in their primary stat gives them a minimum of a +6 bonus to attack.

You'll notice that many of the ways to combat high armor class is through granting advantage, either by using the help action or getting the drop on high AC opponents with tactics or terrain. Giving the monster a straight bonus to its attack score works hand-in-hand with advantage.

This is a long-winded way of saying that if you want to really threaten high AC PCs you should find ways to both increase the monster's attack bonus AND ways to grant advantage. Thus, when your villains realize the PCs are on the way, it's time to feed the hell hounds potions of storm giant strength and get the most out of that pack tactics.

Understanding the Root of the Problem

Above all, we should all spend the time to understand the nature of the problem. Players choose to focus on particular things like AC all the time. It's where min-maxing got its name. Is it our place to bend or break the rules to negate their choices or should we recognize what they desire and give them a chance to let that choice shine? The answer, like many answers, is probably a little of both. Give them their chance to shine but know what you may need to do to push them outside of their comfort zone.