One Page Dungeon: Chambers of the Dread Titan

Back in June 2016 I had the great privilege winning a grand prize award for my entry into the one page dungeon contest for a dungeon called the Chambers of the Dread Titan. 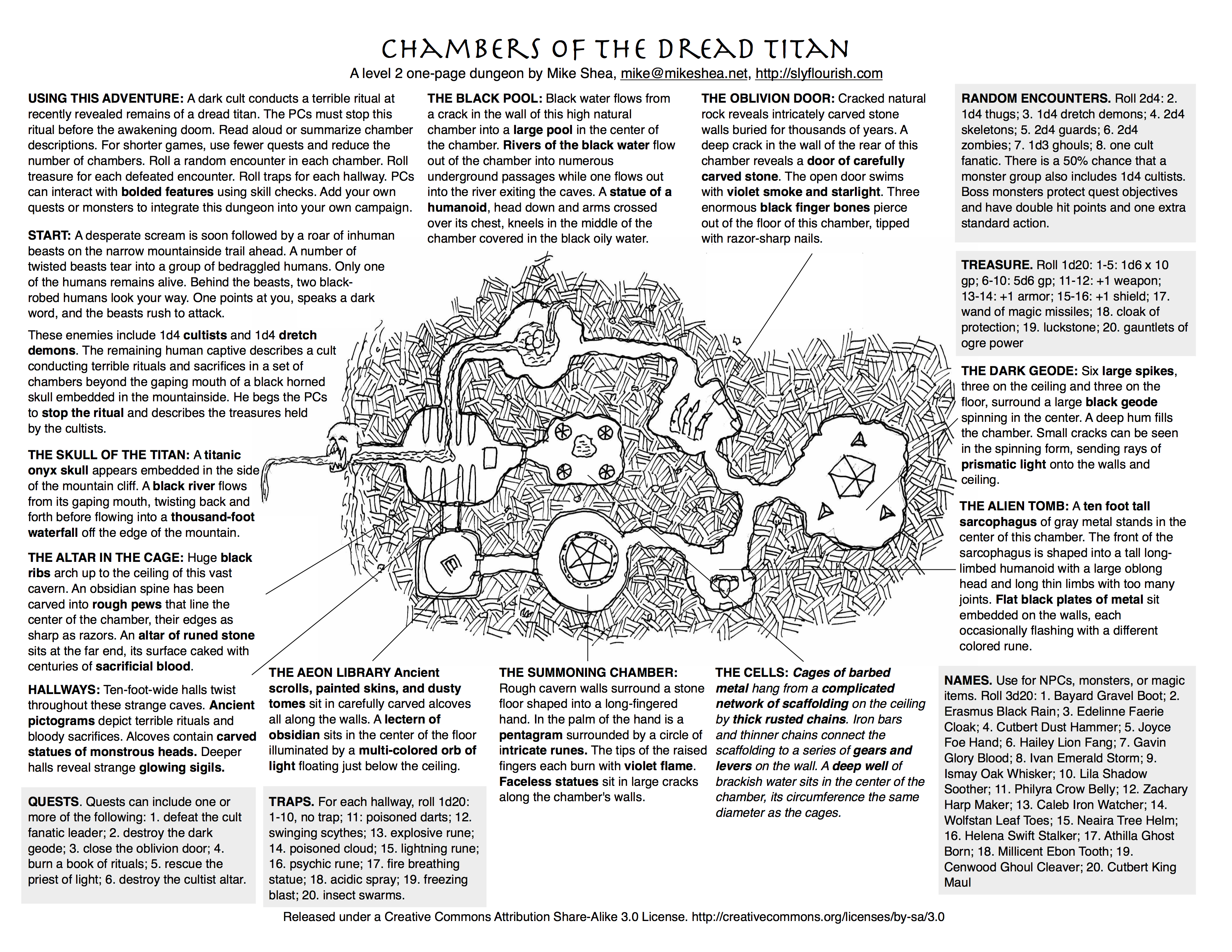 My goal for this adventure was to have a simple and replayable adventure, printable on one page. It's an adventure you could stick in your GM go bag and run whenever you find yourself wanting to run an adventure with little to no prep time.

The adventure makes heavy use of many of the lazy dungeon master techniques we've discussed here before including starting strong, focusing the adventure around a fantastic location (in this case, a dungeon built within the remains of a dead titan's corpse), and making a lot of use of the random generation of names, monsters, quests, and magic items without removing the solidity of the dungeon itself.

I'm not much of an artist but I hand-drew my own map in the style of Dyson's Maps. I liked the format of direct labeling, drawing lines on the map to the full description instead of using a key. I also wrote the room descriptions so they can be read aloud and included bolded text for the "aspects" of the room in case you'd rather just describe the important parts yourself.

I don't think adventures need to be as complicated as we make them sometimes. There's obviously a big difference between a 256 page adventure like Storm King's Thunder and a one page dungeon like Chambers of the Dread Titan, but when it comes down to it, us adventure writers are trying to give DMs material they can use to help them run a fun game for themselves and their players. My hope is that Chambers of the Dread Titan hits the mark.