With the recent release of Gamma World, dungeon masters all across the world are shifting their perspectives to think up new adventures in a bizarre new world where multiple realities crash together into some twisted conglomerate of psychic power, alien technology, radioactive terrors, and yetis. If you’ve been dreaming up stories for your traditional fantasy RPG, switching over to stories in this strange new world might be difficult.

Today we’re going to look at five sources of inspiration for your Gamma World game. These are just a few places you might dive into to get a feel for the sort of world you want your Gamma Terra to be. 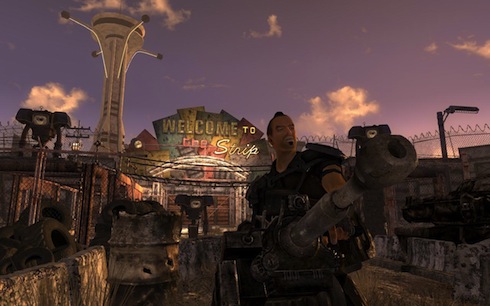 The Bethesda roleplaying game Fallout 3, sequel to the much loved Fallout games on the computer many years ago, is one of the best post-apocalypse games on the market. Few other sources get you so fully immersed in a wasteland where radiation is a constant threat, mutants threaten total extinction, and every spare piece of machinery might help you build something useful. The atmosphere of the game is perfect, with haunting music, day and night travel, and excellent old-tyme music.

The strange 1950s robots and mutant monsters are also a perfect fit into a Gamma World game. When build out a Gamma World town or ruined city, you could steal a lot from Fallout and get it to fit in perfectly into your game. If you happen to live in the Washington DC area, you can see how important applying familiar visuals like the tiled ceilings of the Metro and the layout of the DC Mall can really draw you in. Such familiar details are equally important in Gamma World.

Fallout New Vegas offers the same level of immersion for the west coast that Fallout 3 has for the east. The various factions, the Legion, the New California Republic, and the other smaller factions also fit well into a Gamma World game though you’ll likely want to change the names.

Diving into the Fallout games will help you really dig into the feeling of a post apocalyptic world and help you fill in the details of your Gamma World game. 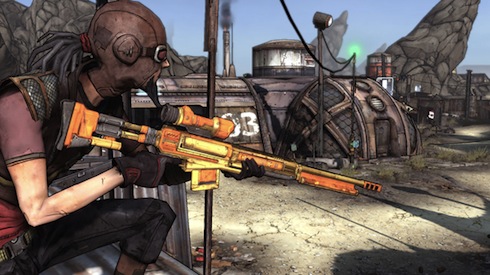 Though far more of an action game than Fallout, the humor in Borderlands fits in perfectly into the wacky world of Gamma Terra. Though Borderlands is set on a far away planet, it maintains that post apocalyptic feel and drops in a lot more strange monsters to give you a feel for what might be possible in your Gamma World game. The refinement of quests in Borderlands also gives you a large list of potential adventure seeds in your game. While the item system in Gamma World is highly abstract, you might find ways to add in strange and powerful weapons into your Gamma World game that mimic the heavily random weapon generation system found in Borderlands.

Like Fallout, playing Borderlands will thrust you deep into a strange world of dangerous monsters, threatening environments, and dozens of warring factions; all of which fit very well into your Gamma World campaign. 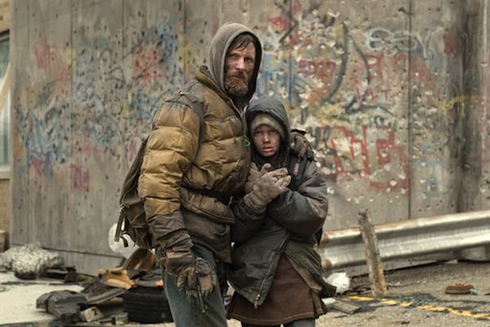 The Cormac Macarthy's The Road, a novel of a father and son’s journey across a post-apocalypse America, might not have a lot of humor in it (or any for that matter), but few books capture the sadness and terror of trying to survive in such a wasteland. This excellent book and decent movie adaptation might not warm the heart, but it gives you a lot of possible material to fill in the details of your Gamma World game.

Certainly the grandfather of post-apocalypse fiction, the Road Warrior is a perfect specimen in the genre. Pay particular attention to the details of the costumes such as the mannequin leg quiver or the football shoulder pads with spiked dog collar look. Watching this movie with your group before you run a Gamma World game is sure to get you all in the right mindset to flesh out the details of your players’ characters and the world you’re building around them. 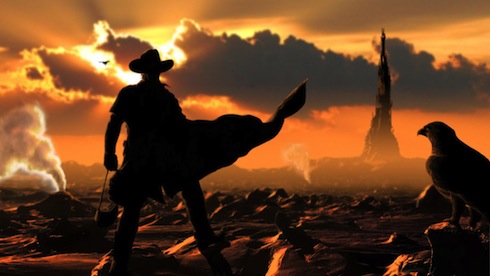 One of the greatest fantasy stories ever told, Stephen King’s Dark Tower series is an excellent example of worlds smashed together into a mix of western gunslinging, super-modern technology, and twisted beasts. All throughout the series you can get a feeling for what an aggregate world like this might look like. The slant of fantasy in this series might give you some room to open up your Monster Vault and apply some more typical fantasy monsters to your Gamma World game as well. At about 3,000 pages total, it’s a hell of a commitment to start this series but well worth the time to read one of the best original fantasy stories in existence.

These are just a few examples of sources of inspiration for your Gamma World game. Look all around you in popular fiction, film, and even in the real world around you to fill in the details of your world. Work with your players to get them to do the same. It’s not enough just to be wearing metal armor unless that armor is built from pieces of a long-abandoned light-blue Toyota Prius.

Gamma World’s setting gives you a lot more room to add in the familiar features all around you to make your game as fun and immersive as possible.