One of my favorite holiday traditions is watching as much James Bond as I can over Thanksgiving and Christmas. This year, while watching the new Casino Royale, I was thinking about how each action scene in each James Bond movie is similar to a D&D 4e Encounter. It was the gun battle in the sinking building in Venice where this really occurred to me. How would a D&D encounter work if the encounter area were slowly sinking? What if it were sinking into molten rock? That would add an interesting twist. 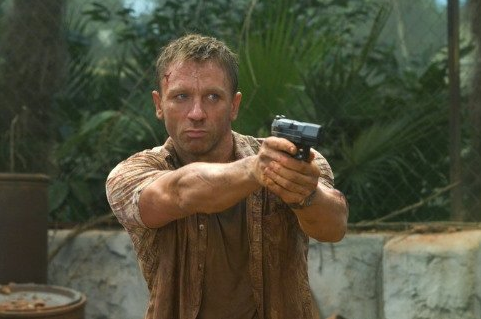 It occurred to me that most action movies have the same problem we 4e Dungeon Masters have. How do you make the same thing, a gun battle in action movies and a D&D battle for us DMs, into something new and unique every time? If there is any action series that has had to do this over and over again, it's James Bond.

Consider the introduction of "Tomorrow Never Dies". In what would normally be a typical shootout, James Bond has to capture a Russian fighter and fly a nuclear bomb out of a weapons bazaar before a cruise missile blows the entire place up. It has a good purpose "get the bomb out" and a fixed ending "before the missile hits the place". Both of these concepts make for an excellent and unique D&D encounter. 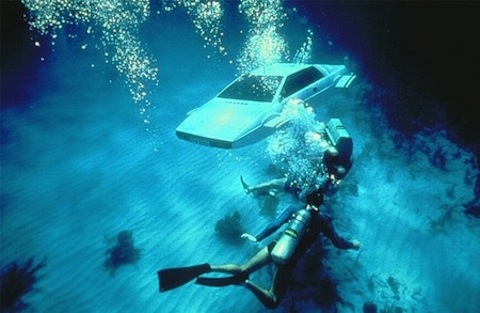 The Spy Who Loved Me is one of my favorite of the Roger Moore bond movies. We have quite a few unique scenes that would make good D&D encounters. First, we have the ski-slope shoot out. This reminds meof the gnolls on flying disks artwork in the original Eberron sourcebook. Later we have a battle in an ancient egyptian ruin. All throughout we have villains who turn into allies who turn back into villains and back again with the Soviet agent Major Anya Amasova. That gal is built for skill challenges. 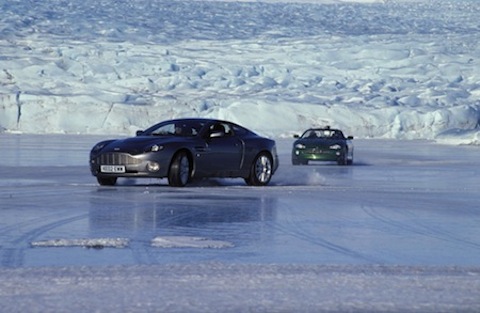 In Die Another Day we have a huge gun battle in a collapsing ice hotel. The concept of collapsing ruins, burning taverns, and falling warships is a great way to add to the suspense of any encounter.

The James Bond movies are full of these seeds. Take some time next time Spike is having a James Bond marathon and jot down all of the possible encounter ideas you can come up with as you watch James Bond save the free world 22 times in 72 hours.