What is the minimum preparation we need to run a great D&D game? In a previous article we've explored what we might do if we spend an entire day preparing for a D&D game and Return of the Lazy Dungeon Master already boils down game preparation so we can spend less time preparing for our D&D games, instead focusing on what we need to improvise the game when we run it.

Today we're going to start from the ground up, looking at what preparation we might put together to have enough to run a great game.

The D&D Essentials Kit is a great example of the minimum you need to play D&D. The kit includes fourteen adventure locations that take characters from 1st to 6th level. Many of these adventures are only two pages long. We can learn a lot from the Essentials Kit as a model of the pure simplicity of D&D.

How much do we really need to have ready for our D&D games so we and our players can have some fun? 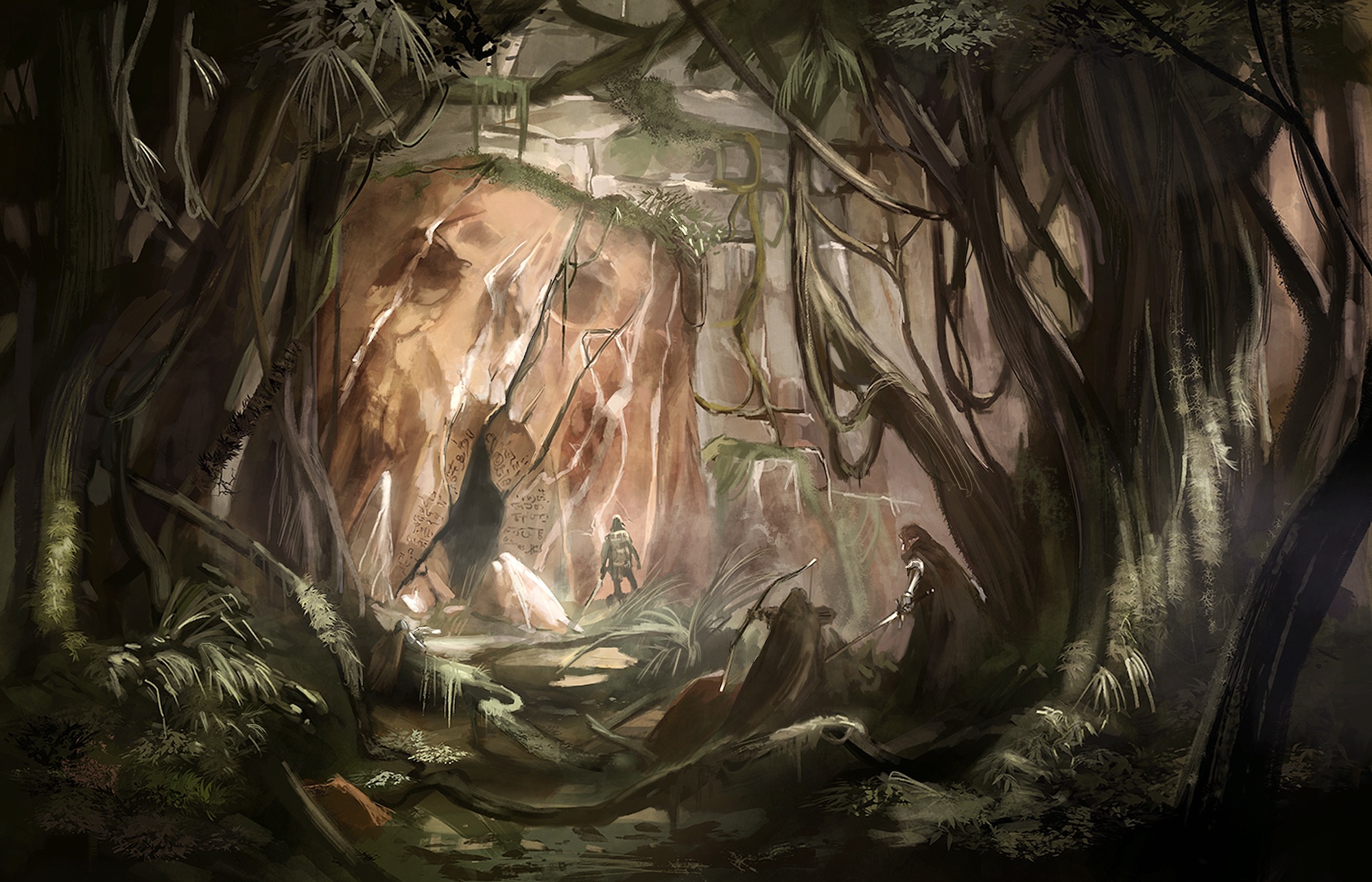 Second only to reviewing the characters, the strong start is a critical component of a D&D game. How does the game begin? What happens to draw the players into the game? What hooks the characters into the rest of the adventure? We often don't need more than a sentence to describe this but it's a critical sentence. Maybe it's big. Maybe it's small.

Here are some example strong starts:

We can think of our strong starts under the same lens as the rest of our minimum viable D&D game. What is the minimum a strong start needs to hook the characters?

Combat, interaction, and exploration are the pillars that make up a D&D game and exploration is often about discovery. What are ten things the characters can learn in the next game? This is a core step from Return of the Lazy Dungeon Master called secrets and clues. Here are ten example secrets and clues for that last strong start on the list above.

After our strong start, writing out ten secrets and clues gives us the material we need to fill in the story as the characters engage in their adventure.

Often adventures begin or lead to an interesting location to explore. Many times these adventure locations are dungeons, a core component of D&D. Whenever I need a location, I hit up Dysonlogo's maps and grab the first map that fits what I need. Here's a cool one we can use that should last for a session and fits the secrets we have above:

Locations are more than maps, though. You'll want to list out the interesting features the characters may run into in these locations. In Return of the Lazy Dungeon Master I recommended an evocative name and three features for each location. That may be more than we need for our minimum viable D&D game. An evocative name alone might be enough to fire up your imagination when you need it.

Here are some example location descriptions:

If we're feeling crafty, we can write these names right onto the map so we have a key.

A good minimum viable D&D game is all about delving into dungeons and fighting monsters. Often, when we want to put a game together, we can start with the Monster Manual, find a monster we like, read about it's lair, and build our minimum viable adventure around that. The Monster Manual is a great place to start to get inspired for any adventure.

Here are some fun monsters around which you can build a fun adventure:

For our map above, we'll go with decrepit skeletons, murderous bandits, devouring carrion crawlers, and a raving specter. We can also drop in a sinister drow necromancer by reskinning a cult fanatic.

Fighting monsters isn't the only fun to be had in D&D. In fact, many players prefer NPC interaction to combat or exploration. We should always drop in an NPC or two into our adventures so the characters have people to interact with. When in doubt, use Donjon's random NPC generator to pull up some NPCs and jot them down in your notes.

Here are some interesting NPCs I generated using the Donjon NPC generator:

For our dwarven crypt adventure we'll go with the dwarven ghost Almar, a former dwarven monk who protects the crypt and hates the defilement of the drow necromancer.

Much of the fun in D&D comes from the tangible rewards for adventure. For our minimum viable D&D game, a quick roll for some random treasure may be enough. Donjon.bin.sh has us covered again with an excellent random treasure generator built from the tables in the Dungeon Master's Guide. Run it a few times until you find a treasure hoard that excites you and paste that into your notes.

Here's a suitable hoard for our dwarven crypt adventure:

When you think of your own D&D games, what are the steps you find most vital? What's the minimum you need to run your own game? For the thought experiment in this article, I've come to the following:

That's often enough to get a game going. The rest will play itself out as the players get involved and the story starts running free at the table.