Using the Guilds of Ravnica in Eberron

Mashing up the ideas from published D&D books is one of the best ways to capitalize off of the massive benefit from published books while, at the same time, turning published worlds into one of our own. Today we'll take two campaign sourcebooks from very different origins: the Guildmaster's Guide to Ravnica and Eberron: Rising from the Last War. While they each have a unique focus, both of these books work surprisingly well together. We can, for example, use the guilds from Ravnica to fill out some of the lesser known factions of Eberron. 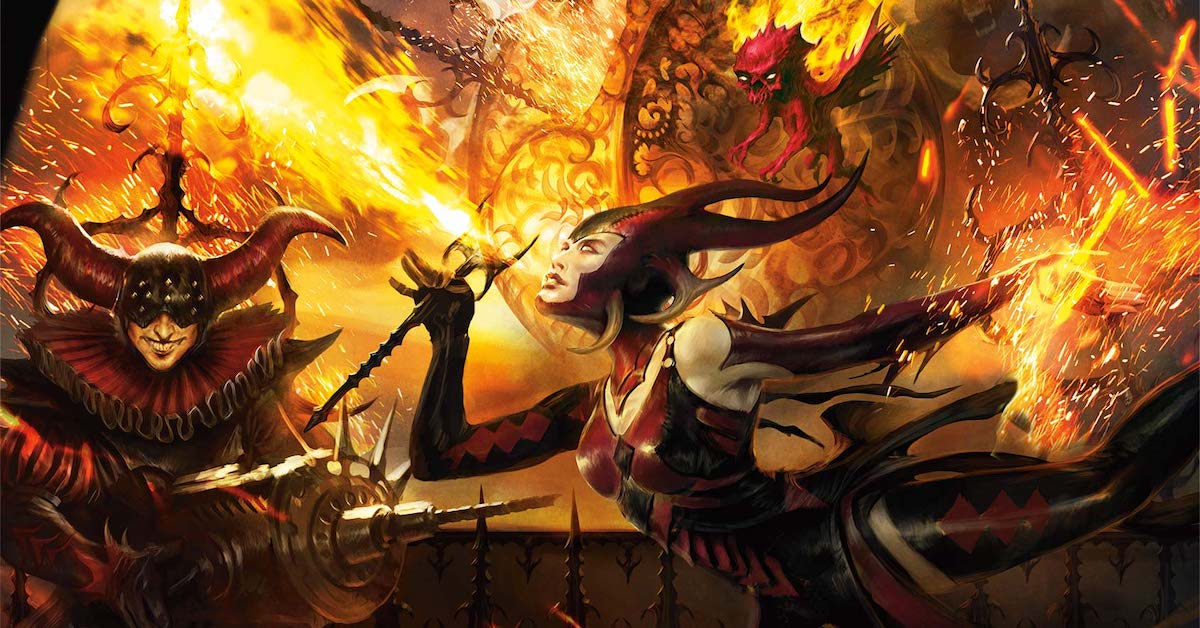 Rakdos and the Mockery

Eberron's pantheon includes a group of sinister gods known as the Dark Six. Little is given for these six gods other than evocative names and a couple of lines of description. The Guildmaster's Guide to Ravnica, however, gives over huge sections to their guilds. What if we took material from Ravnica's Cult of Rakdos and turned it into the cult behind the Mockery, one of the dark six?

The Children of Mockery, as we'll call them, often perform in small towns, villages, and cities. For the most part they stay just above the law but their shows often turn violent and it isn't uncommon for members of the audience to disappear during the performances. The Children also host bloody gladiatorial events that draw in contestants from all over Khorvaire. It is said the Children have their own city of entertainment just on the edge of the Demon Wastes though no one knows exactly how to find it until it wants to be found.

Monsters of the Droaam sometimes split their loyalty between the Children of Mockery and the Daughters of Sora Kell. There's a shaky truce between the two groups, one that could shatter under the wrong circumstances.

Some say a demon leads the Children of Mockery and acts as the master of ceremonies in this hidden city of blood and debauchery.

Using the Cult of Rakdos for the Children of Mockery gives us a ton of value. We fill in a few lines of text in Eberron: Rising from the Last War with a huge section of the Guildmaster's Guide to Ravnica. We have all kinds of fantastic art we can use and show our players. We have an awesome selection of monsters and stat blocks that fit perfectly with the Mockery. It works perfectly and requires almost no work at all from us to integrate.

Gruul Clans and the Droaam

The wild and bestial nature of the Gruul clans works well within the Droaam, the nation of monsters in Khorvaire. The various clans can be lifted right from Ravnica and dropped in as clans within the loose bonds of the Droaam who follow the daughters of Sora Kell, the three hag leaders of the Droaam. 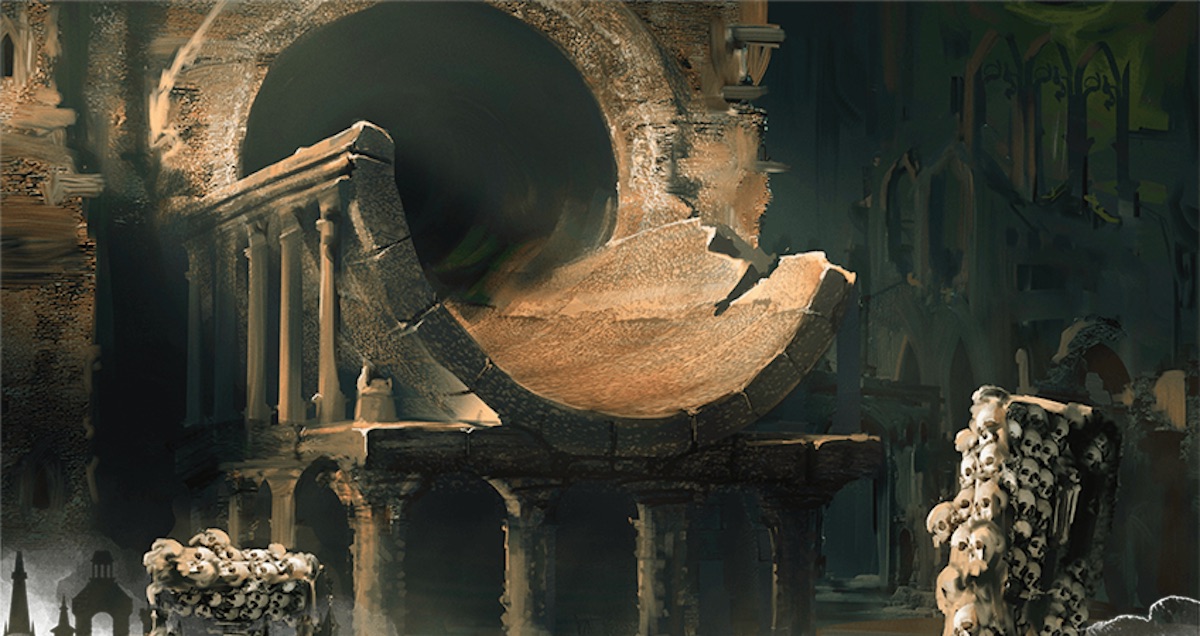 Golgari Swarm and Avassh, the Twister of Roots

We can delve deep into the realms of the Daelkyr, the lords of madness in the depths of Khyber and draw upon the Golari swarm to fill out the followers of Avassh, the Twister of Roots. It's given only a single line in Eberron: Rising from the Last War that's mostly filled with evil plant stuff but the necrotic hivemind of the Golgari swarm fits nicely with that description. The locations and monsters work perfectly for this necrotic-touched plant-based lord of madness.

The dragonmarked house of Thuranni is a good fit for the material from House Dimir in the Guildmaster's Guide to Ravnica. The fact that the house could be led by a vampire is pretty compelling and the overlap of spies and assassins makes it a good fit.

The chaotic and inventive nature of the Izzet League fits well with House Cannith. Both of them seek invention over all and may have caused catastrophic chaos in the past.

Simic Combine and the Cult of the Dragon Below

The strange fascination of magic and biology can fall under the umbrella of the cults of the Dragon Below. Cult members may exist in other dragonmarked houses or hidden away in the chambers beneath Sharn conducting horrible experiments that focus on the nexus of biology and magic we find with the Simic Combine.

When we pull the guilds out of Ravnica, we get a ton of material we can drop into our Eberron game largely untouched. The guilds in the Guildmaster's Guide include fantastic art, adventure seeds, location maps, NPC descriptions, and awesome monsters. All of this expands our Eberron game without us having to do much work at all. Steal, mash up, and build new worlds you and your players can experience.