Most of our Dungeons & Dragons games focus on exploration, roleplaying, and combat. We typically describe time in minutes and hours for exploration and roleplaying and seconds during combat. Sometimes, though, our characters find themselves with more time on their hands. This is a perfect opportunity to add some downtime in our game.

Here are some quick tips for running great downtime sessions: 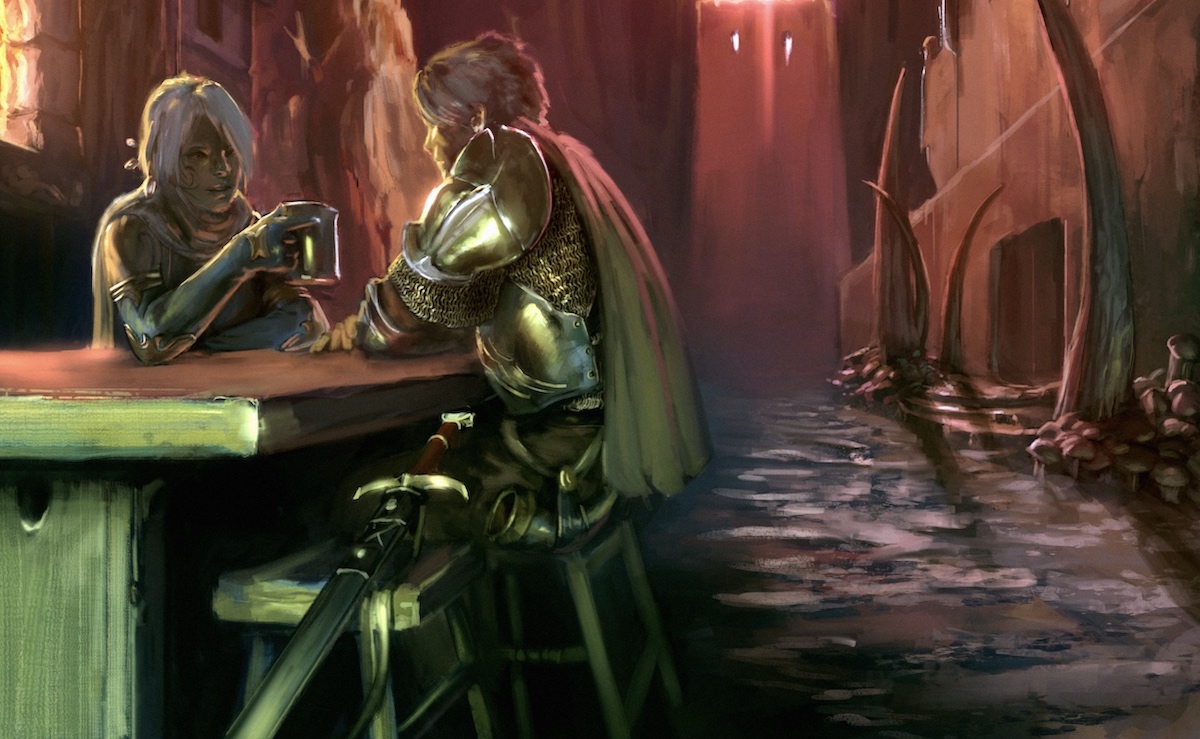 In preparation for this article I asked folks on Twitter for their best tips for running downtime sessions. You can read the whole D&D downtime twitter thread here. There were a lot of responses to this query and they tended to fall in a few different groups:

We'll dig into a few of these as we discuss how to make the most of downtime sessions in our D&D game.

When considering a topic like this it always helps to go back to the core books and see what they have to say on the subject.

Chapter 8 of the Dungeons & Dragons Player's Handbook includes descriptions of various downtime activities characters can perform when they've returned to town, immediate threats have subsided, and time in our game's world stretches out. We can recommend to our players that they read up on downtime activities in the Player's Handbook if we think we're going to be running a downtime session in the near future.

Chapter 6 of the Dungeon Master's Guide likewise gets into this topic, offering advice for DMs on how to run such sessions. This is a good section for us DMs to review before we run downtime sessions.

Here's a combined list of the standard downtime activities from the Player's Handbook and Dungeon Master's Guide:

The Acquisitions Incorporated Campaign Sourcebook has a whole chapter devoted to building businesses in our fantasy worlds. It includes new positions, a fast franchise generator, and a whole slew of new activities the characters can perform during their downtime. If your campaign includes the characters setting up a business, this book is packed with material to make those downtime scenes sing.

These are all excellent sections of official D&D books to review before we run our own downtime sessions. These books really are packed with a lot of the information we need.

Let Players Know Ahead of Time

Players probably expect traditional adventures when they sit down at our table. They're ready to hear about the quest they're going to go on and then get into the action. They're not likely thinking about what their character might do if they had a week off.

Let players know ahead of time that a downtime session or scene is coming. This gives the players ample time to think about what their character might do if they had a week to themselves. If they have any personal goals or activities tied to their backgrounds, this is the time. If they expect they're heading down into a dungeon, they're not likely to worry about visiting their mother or commissioning a new suit of armor.

And here are some from my Rime of the Frostmaiden game:

The players are, of course, free to come up with their own activities beyond these. Our goal is to offer some structure when players might not otherwise have something in mind.

Secrets and Clues: Your Fuel for Meaningful Downtime

A lot of options for downtime lead to the discovery of new information. Write down a number of secrets and clues tied to the custom downtime options you suggest.

If you're running a downtime session, you may want to use more than the standard ten secrets and clues recommended in Return of the Lazy Dungeon Master. Since a good piece of the session may revolve around learning such secrets and clues, you want to have a lot of secrets ready.

Even when running a downtime session adventure may find the characters. Perhaps they hear about someone lost in the sewers beneath the city. Maybe they heard about bandits lurking around the burnt-out ruins of the waystation outside of town. Maybe there's an ancient crypt beneath an old knotted tree behind the crabshack, one from which madmen hear voices begging them for release. Even in the middle of a downtime session our players may want their characters to switch back to adventure mode and engage in one of these small adventures and who are we to say no?

Keep a handful of maps to small lairs handy to support such small adventures. Dyson's maps, the maps in the back of the Dungeon Master's Guide, and the lazy lairs in the Lazy DM's Workbook can help you improvise such small adventures in the middle of your downtime sessions.

A Different Type of D&D

Both players and DMs tend to think about D&D within the context of exploration, roleplaying, and combat. Downtime scenes are their own kind of scene; different from the others. The extended amount of time in such scenes and the nearly unlimited options of activities set them apart from our typical group-based adventures. Running downtime scenes without the proper preparation can lead to slow, boring, and frustrating sessions. With some preparation, however, downtime scenes can end up defining the characters and building the story more than any other scene in our game.