There are fewer movies more influential than Akira Kurosawa's Seven Samurai and this movie's story makes for a nearly perfect D&D adventure. The theme of Seven Samurai may be a perfect D&D situation to keep in our back pocket for many adventures to come.

Seven Samurai is the story of a village under threat from a large group of bandits who plan to raid it as soon as the village's harvest is complete. The villagers travel to a nearby town to hire samurai to defend their village from the coming attack. There they meet Kambei, a samurai who cuts off his sacred topknot and shaves his head to look like a monk before saving a young child from a bandit. With Kambei's guidance the villagers convince six others, including the hulking and child-like Kikuchiyo played by Toshiro Mofune. Mofune would partner with Kurosawa for many other films including Ran, Yojimbo, and Sanjiro; all of which make excellent D&D adventures.

The seven samurai return to the village, teach the villagers how to defend their own village, raid the bandit's own fortress, and then defend the town from the bandits' bloody onslaught.

It's a story of such purity that it's no wonder it's been copied over and over again.

You can see where all of this is going for our D&D games. 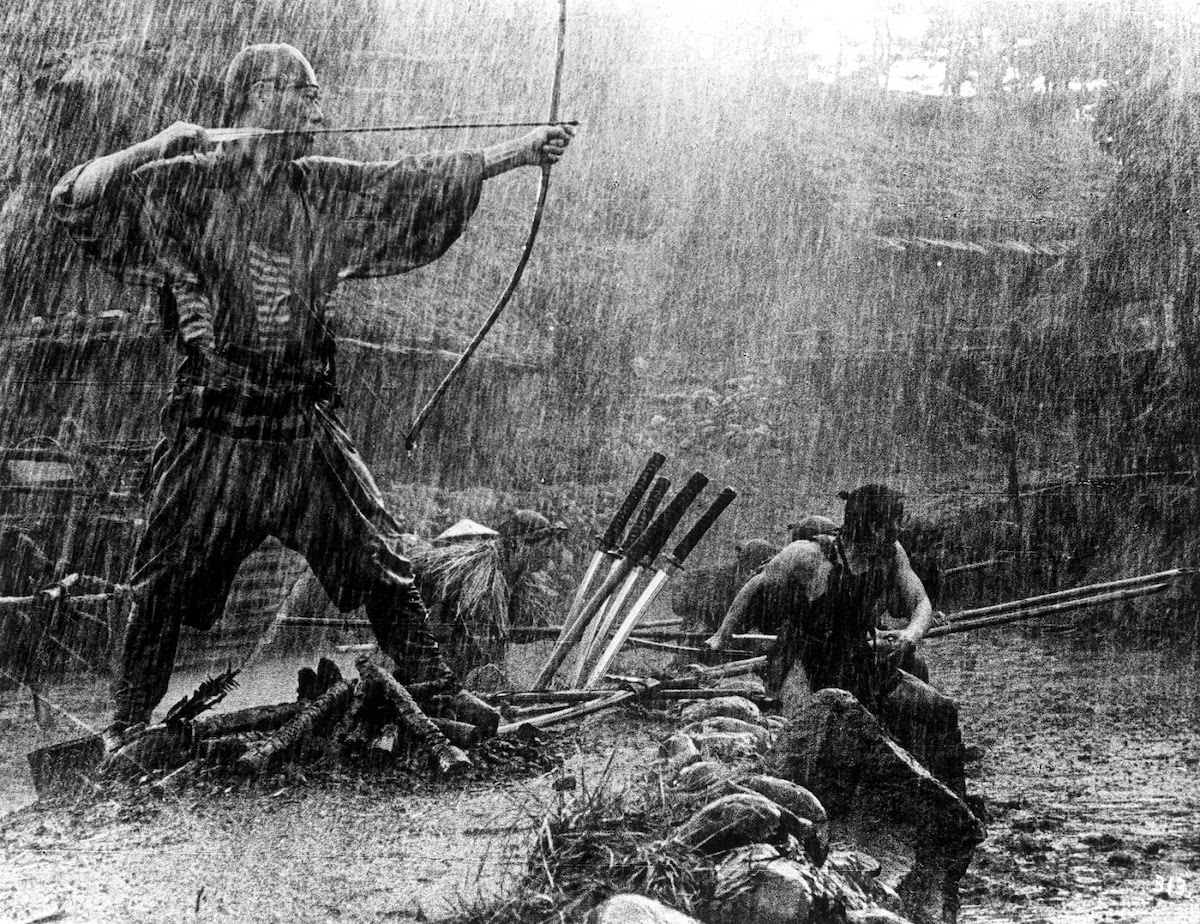 Seven Samurai's hook is perfect for D&D. A village of poor farmers comes to the characters and begs them for help. They have nothing to offer and the job is exceedingly dangerous. Heroic characters will have no trouble grabbing onto the hook. More materialistic characters may have to stretch but you can always go with one of the hooks from Magnificent Seven and give them hints that there's great treasure in or around the village even if there's no outward sign. Who knows, there might actually be great treasure at the village but even most of the villagers don't know it's there.

The villagers need the adventurers to help them fight off an attack by a powerful force. We can change up this force however we want. It could be skeletons who rise up every thirty years and attack. It could be a group of goblins, orcs, or hobgoblins. It could be fire giants. It could even be bandits.

For some arbitrary reason the attack hasn't come yet and the characters have some time to prepare before it does.

The Situation: A Tale of Two Lairs

When our characters arrive at the village, it's a perfect time to drop them into the situation. There's the largely undefended village and there's the bandit camp about a day's ride away. We can wrap either of these in fantastic locations. Maybe the bandits reside in a ruined castle. Maybe the village sits on ancient catacombs. It helps if the village has some interesting features that aren't obviously defensive but could be. Rivers, canyons, and other natural features might give the players ideas on how best to defend it.

If you want to see a more detailed example of a Seven Samurai-based D&D adventure, check out The Night of the Decimation an adventure I ran for 4th edition years ago.

Just as in Seven Samurai, our villagers may have a secret. Maybe there's a good reason these bandits hunt them down. Maybe the villagers murdered the bandit captain's brother with false accusations and a sham trial. Maybe they have hidden a powerful and evil artifact that brings them great bounty. Maybe they delved too deep. Maybe, long ago, they hunted and killed adventurers for the coin and weapons they carry. You don't want to push this secret so far that the characters abandon the village. That's not much of an adventure. But building sympathetic bad guys and questionable good guys is always a fun twist to the story.

Dyson of Dysonlogos recently discussed a map that D&D luminary Frank Menzer used often when running games at conventions. This map, Frank said, served him in over 30 games. It was his go-to map when he didn't have another one handy. Shake up what's inside this map and players don't know they're getting a rehashed map.

Here are six options for each of these questions to get our minds moving:

Who are the villagers?

Who are the bandits?

What dark secret do the villagers hide?

Why haven't the villains attacked already?

Answering the six questions gives us a nearly unlimited framework for a Seven Samurai-based adventure. Like Menzer's map, we can keep this framework handy and use it just about anytime we need an adventure. 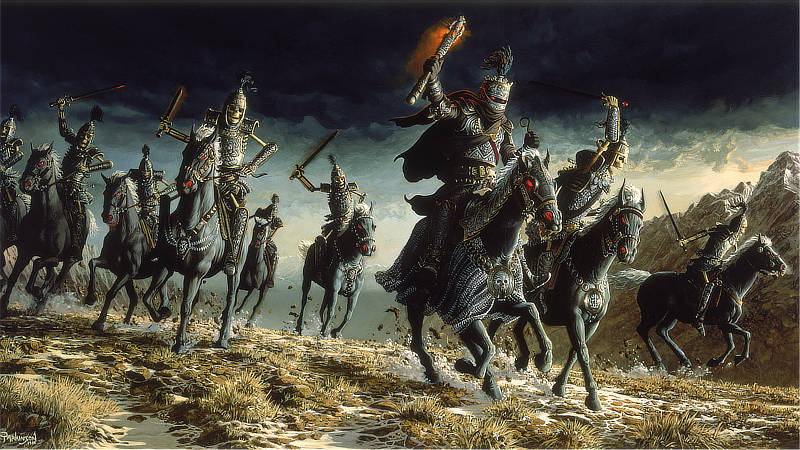 A Perfect Situation for Any Level

This adventure seed can work well at just about any level of play. For low level adventurers we can fill out the villains with bandits, bandit captains, maybe even a cult fanatic or some trained death dogs. For higher level versions we fan fill it out with thugs, drow, hobgoblins, orcs, and many other humanoid races. For higher level versions we can use giants, wights, or vampire spawn. We can recreate Soth's Charge and fill out the coming villains with revenants sworn to destroy the village led by a death knight. That's a challenge for just about any level character.

A Simple Seed for High Adventure

What makes Seven Samurai such a great story is its simplicity and the wonderful characters. We can capture this exact same benefit in our D&D game. The characters matter more than the story in our D&D games. The story can be simple: protect the village from marauders. The excitement comes from the choices the characters make, their interaction with the village, and the results of their defense.

Keep the seed of Seven Samurai in your pocket and you're always ready for a fantastic adventure.