I think that "roll for initiative" might be one of my least favourite tropes in RPGs. It's such a disruptive smash cut.

I hate it and wanted to pull it from D&D. Such a drag. A dragon swoops in and... Let's do a bunch of bookkeeping.

Initiative is a staple in Dungeons & Dragons and yet also, for some, one of its less loved rules. When we think about the story focus of modern D&D games, going from a tense conversation or deep exploration to combat means breaking out of the story, rolling a bunch of dice, and getting some type of system in place to track who goes first and who doesn't. 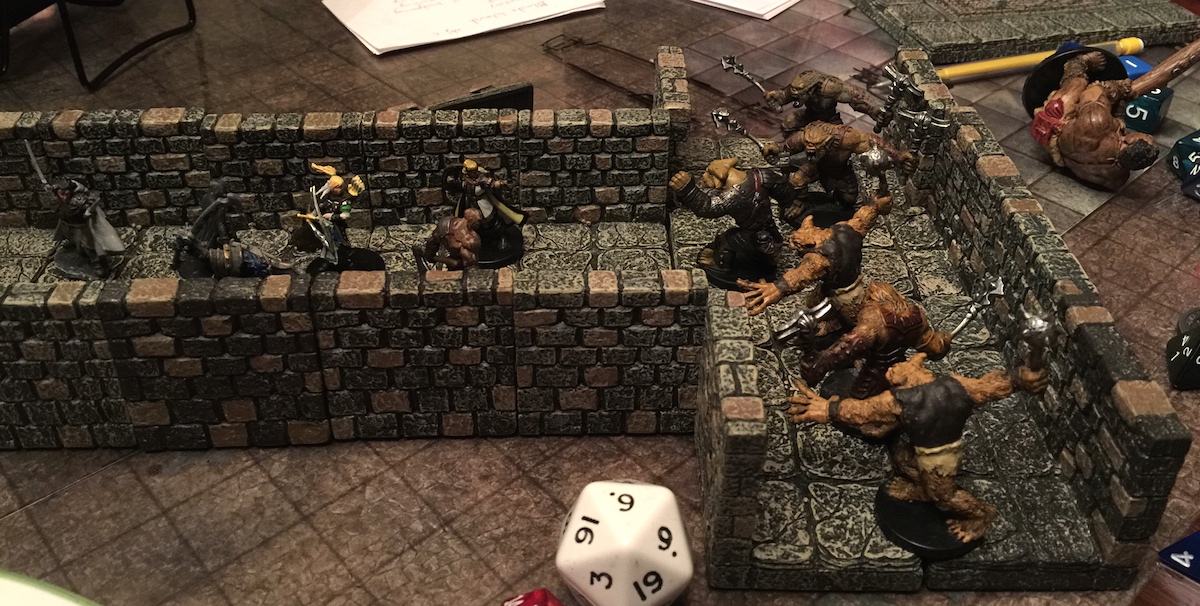 If you don't care about using variant initiative systems, that's just fine. Many DMs for many years have used the standard initiative system without complaint. For those that want something faster, something that moves us from one scene in the story to another without dropping in a bunch of bookkeeping, we have other options we can try.

The Dungeons and Dragons 5th Edition Dungeon Master's Guide is packed with lots of great tips and optional rules we might easily overlook.

The "combat options" section on page 270 in Chapter 9 of the Dungeon Master's Guide includes a number of variants for running initiative. Some of them aim to simplify the mechanics and some seek to make them more realistic. We're going to focus on those that simplify initiative.

The first initiative variant on page 270 of the Dungeon Master's Guide serves the purpose of simplicity well. With this variant, called "Initiative Score", we DMs can keep track of the initiative bonus of every creature, including the characters, and run it in order from highest to lowest. We can keep the characters' initiative bonuses on a 3x5 note card and just reference it when we want to go from a scene where turns don't matter very much to a scene where turns do matter without having to ask anyone for anything. We already know the turn order.

This, of course, sacrifices the variance in initiative which players may hate. If we're going to use this, we'll want to talk to them about this variant before it comes up and explain that we'll only use it when initiative doesn't matter that much.

With these rules a player with an overall low initiative modifier might feel screwed because they're always going to go last when you use this system. For that reason, it might not be ideal.

One trick we can take from this section and use just about all the time is using static initiative for monsters. Instead of rolling a monsters' initiative roll, we can take it's initiative bonus + 10. This saves us DMs a roll when we're getting everything else ready for the battle.

The next initiative variant described in the Dungeon Master's Guide is "side initiative". In this variant, the group rolls one d20 for the characters and the DM rolls for the monsters with no modifiers. Whoever goes first goes first in any order. This is certainly fast but again we'll want to talk to our players about it first. To simplify the order the characters go, we can go around the table left or right and have the monsters go either at the beginning or end of the round.

If we're willing to tweak the rules a little bit, we can skip rolling initiative by determining whether the situation results in characters or monsters going first.

We can switch directions every other battle that we run this way so the same players aren't going first or last all the time.

This method sacrifices the whole concept of "surprise" as described on page 189 of the Player's Handbook. This method removes the extra turns that some creatures might get if they happen to roll high on initiative and get two turns before a surprised creature goes. Instead, we have a system that trades the greater advantages of surprise for a much simpler turn system.

When To Use Variant Initiative Systems

All of these variants help us get initiative out of the way for the sake of a smoother transition between scenes in the story taking place at the table. They are not, however, ideal. In many circumstances, the plain system of initiative will work better for everyone.

Here are the circumstances when it might be worth using a more lightweight initiative system:

And here are the circumstances when the normal initiative system are more suitable.