Note, since writing this, Chris Sims and I have put together a small free PDF of six new vampires and a host of new vampire abilities for the vampires in your own 5e game. Download Sly Flourish's Vampires today!

As a combat opponent, the vampire in the 5th edition Monster Manual doesn't pose a strong threat. Comparing it to the beholder, another challenge rating 13 monster, the beholder is ruining mages with antimagic, petrifying fighters, and blasting the cleric with a 55 point death rays while the vampire is slashing for 8 points of damage and, maybe, biting for 17. As a legendary foe, the vampire just doesn't hold up.

It's time we DMs unsucked our vampire and turned it into something players will fear. Let's get started. 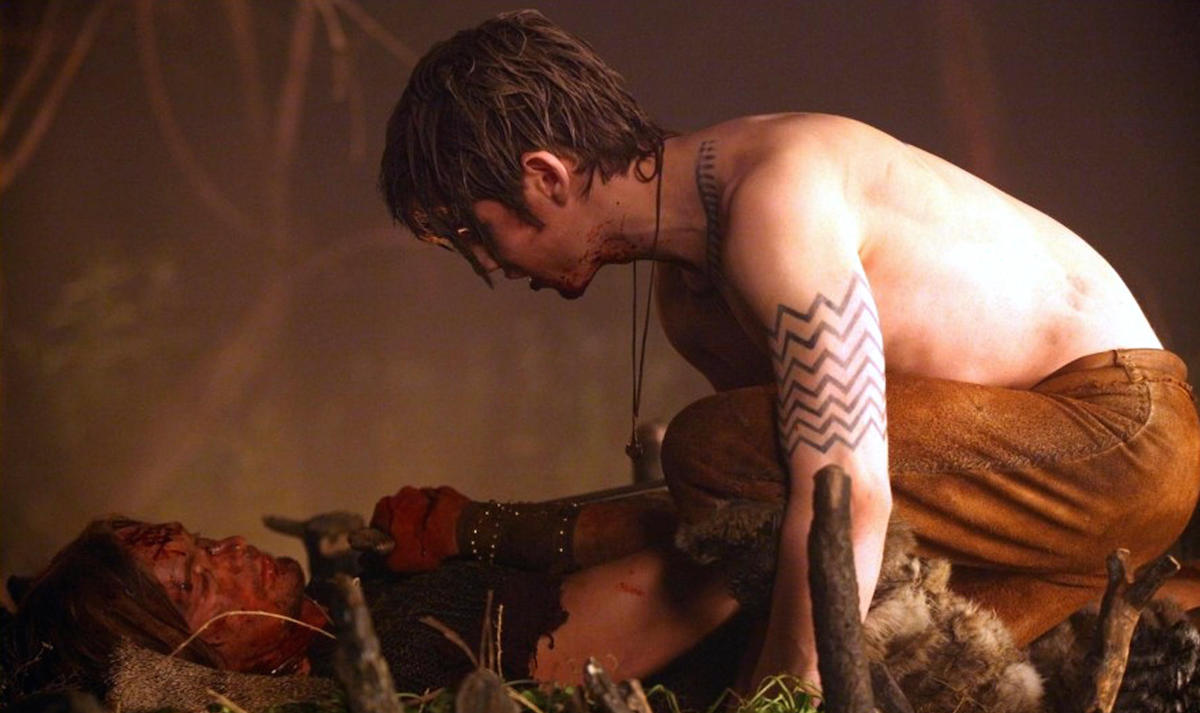 Making the Most of Charm

Our first order in unsucking our vampire is to make the most of the vampire's charm. Unlike the standard charm spell, the vampire's charm twists the target's mind to defend the vampire. It doesn't outright say it in the description, but we can rule that defending the vampire includes attacking enemies threatening the vampire—the other PCs. If we don't adjudicate it that way, the PC will end up sitting in the corner and the player will be totally disconnected from the rest of the battle.

As written, the charmed PC doesn't give the target an additional saving throw until the vampire or an ally of the vampire damages the PC. We can change this to "any time the charmed creature takes damage". Now party members will be beating their friends to remove the charm. Fun!

If we want to modify the vampire a little bit, we can augment Charm with another Charm-like ability called Beguiling Gaze. *Note, we updated this text to match that of Sly Flourish's Vampires.

Because it's a bonus action, our vampire can use it along with their other attacks but can't do so more than once a round. The mechanics and results are simple yet powerfully effective.

As written, the vampire needs a lot of extra damage to justify its challenge rating of 13. The vampire's unarmed attack, for example, should be much dangerous. We can add 10 (3d6) necrotic damage to the attack to make it so. This necrotic damage can also carry over to any weapons the vampire might be wielding if it happens to be swinging a sword.

Stealing an idea from 13th Age, we can add a nastier special to our vampire—the lifedraining touch. Back in the 1st edition of D&D, vampires used to drain levels right out of PCs they hit. While level-draining is a bit severe, we can make our vampire significantly more dangerous by adding the following ability to the vampire's claw attack:

Lifedraining Touch: When the vampire hits with an unarmed attack, if the target is a creature, it must succeed on a DC 17 Constitution saving throw or have its hit point maximum reduced by an amount equal to the necrotic damage taken. The reduction lasts until removed by the greater restoration spell or other magic.

Children of the Night! Hurry Up!

Looking at the vampire's "Children of the Night" ability, we may want to remove the 1d4 rounds it takes for the creatures to show up and have them show up immediately. A battle in 5e might not even last 1d4 rounds and what are all those rats going to do if they show up to see a dead vampire on the ground? Eat it, I suppose.

Our Tricked Out Vampire

When all is said and done, we have a hell of a vampire ready to drop on our players. Let's take a quick summary:

A Final Alternative: Treat the Vampire as a CR 7

One last trick is to simply downgrade the vampire's CR to somewhere around 7. With the vampire's damage output it isn't likely to kill any PCs very easily but its DC 17 charm will be very hard to avoid. If you're not interested in tweaking the vampire up, this is a solid alternative. Where a beholder would wipe out a group of level 7 PCs, the vampire would give them a good challenge without being totally lethal.

Special thanks to Bart Hennigan for the excellent title of this article.