For an updated version of this article read Getting Started with Dungeons & Dragons. This older version remains online for historical purposes.

Planning to run a Dungeons & Dragons game can be an intimidating experience for anyone, regardless of experience. In this article, we discuss a few tips for new dungeon masters to make it as easy as possible to run a fun game for you and your friends. 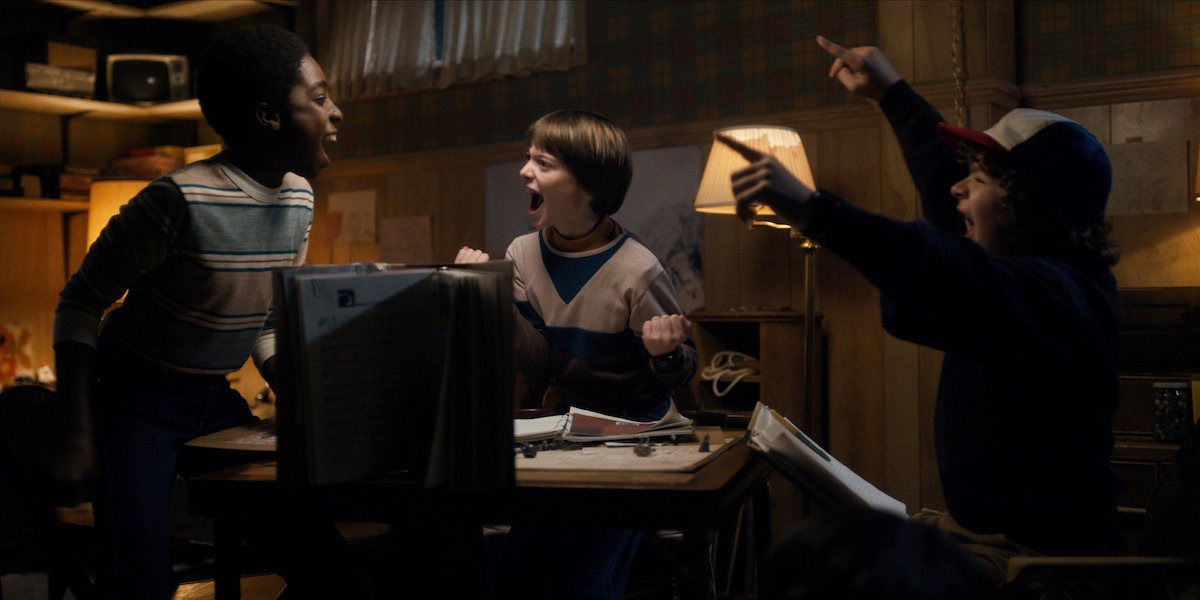 Here's a quick table of contents for this article:

The hardest part of running a D&D game is finding and retaining a good group of players. For a first-time dungeon master you'll want to find people you know, people you trust, and people who will relax and enjoy the game. Seek out people who won't give you too hard a time if you make mistakes and will help you out as you get through your first couple of games. You'll need between three and five players. Fewer than three reduces the fun of character interaction and will make combat significantly more difficult. More than five will make the game harder to manage and will reduce the amount of "screen time" each player will get in the game.

Start with the D&D Starter Set

The full rules for D&D 5th Edition are available online but it's worth getting the Dungeons & Dragons Starter Set. It's cheap and contains a lot of great materials. The adventure in it, Lost Mines of Phandelver, is an excellent starting adventure for both new and experienced groups. I still consider it the best D&D adventure for 5th edition. The Starter Set contains a full set of pre-generated characters with the instructions to level them up to level 5. You can also print more if you don't want to crud up the originals. The Starter Set also comes with a decent set of dice in case you or your players don't have any.

Beyond the materials within the Starter Set, you'll want some pencils, paper, and a stack of 3x5 notecards. These are particularly handy for running initiative. Some dry-erase markers and a Pathfinder Flip-Mat are also wonderful tools for running a game.

Read the Rules and the Adventure

Before running a D&D game it's worth your time to sit down and read the rules and the adventure. Set aside an hour in a quiet place with a nice beverage and enjoy them. Get a feeling for how this game plays out at the table. Think about how you'll run the first part of the adventure. You don't have to read both booklets cover to cover, but you should have a good handle on how dice rolling works, how the character skills work, and how combat works.

Look over the character sheets and cross-reference them with the rules until you understand what all of the numbers mean. This will help you explain it to your players.

If you want to see what D&D actually looks like, consider watching the D&D Lost Mine of Phandelver live-play videos. These videos, hosted and played by the staff at Wizards of the Coast, will give you a good look at how to run the first chapter of Lost Mines of Phandelver.

There are many more live-play D&D videos available on YouTube as well that can give you a great view into what D&D looks like.

Reinforce the Motivation to Adventure Together

Before the players begin making characters, reinforce to the players that every character must have a reason to adventure with the group. They are not loners. They are not secret villains. They are not characters who would rather stay at home drinking ale than out in a cave fighting bugbears. The characters are adventurers who work together. Reinforcing this avoids the whole "I wouldn't help these guys" problem that sometimes comes up when players get too creative with their character motivations.

The pre-generated chracters for the D&D Starter Set includes backgrounds tied to the adventure itself, which helps reinforce the drive to adventure within the story of the adventure.

Don't overplan your adventure or expect it to go one certain way. Prepare to improvise while the game is going on. Digging into the experiences of thousands of dungeon masters revealed that the ability to improvise is the most useful DM skill we DMs can cultivate.

For a simple and helpful improvisation tool, curate and print out some random names you can quickly refer to when the characters meet an NPC you haven't prepared.

Instead of building plots and stories, set up situations and let the characters navigate the situation. Put yourself in the shoes of the monsters, villains, and NPCs and have them react as they would given the actions of the characters.

Use Your Players' Ideas

Rookie and veteran DMs alike often make the mistake of believing they control the game's direction. Instead, remember that you and your players create the story together at the game table. The more you accept the input of your players and let it guide the direction of the story, the more interesting the story will be for both you and your players. Build the story from what the players give you during the game.

The game is all about the characters and what they do. Focus the spotlight on the characters. Give them situations to look awesome. Revel in their creative ideas. Say yes. When the players roll really poorly on a skill check, think about the cool situation or tight spot this puts them in instead of just having them "fail". Be fans of the characters.

Be Nice to Them at Level 1

Level 1 is the most lethal and dangerous level for a character in D&D. As a new DM, you might easily and accidentally kill off the characters which might not be any fun at all and can ruin the game, and maybe the hobby for new players.

Once they get to higher levels, particularly level 5 or above, then it's time to take off the kid gloves.

Choose Options for Maps and Miniatures

Some DMs like to run D&D with a gridded poster map and miniatures while others are happy to run it just by describing the situation. You can learn more about the latter in our Guide to Theater of the Mind Combat.

As mentioned earlier, the Pathfinder Flip Mat is a cheap and flexible aid for running D&D games. This mat makes it easy to draw out a map of a room or dungeon as the characters explore it. You can also keep track of monster damage, draw pictures, or write other notes to remember right on the mat. You'll want a good set of dry-erase markers to go along with it.

If you have the time, you can craft tokens or paper minis yourself or, if you have the money, you can buy pre-painted miniatures on the secondary market from a number of vendors. Many recommend Pathfinder Pawns but the basic sets aren't always in print.

I'm personally a fan of Arcknight's Flat Plastic Miniatures as a nice lightweight option. A large set of 300 minis for both characters and monsters runs $120.

Again, we can also run combat by just drawing out what is going on and describing it verbally without worrying too much about the details.

Once your game is over, ask your players how they felt about it. What did they enjoy? Which story thread, NPC, or particular type of gameplay would they like to see more of in future games? You can ask for this feedback to the whole group or to individual members as you can talk to them. Face to face is better than getting it in email. Take the time to listen to what they have to say. Don't interrupt them. Don't make excuses. Try to understand what it is they enjoy about the game. Then use that feedback to build on how you run your games in the future.

Relax and Have Fun

Running a D&D game can be a fantastic relaxing time with you and your friends. Don't sweat it too much. Everyone is there to have a good time, not to criticize or make fun of you.

Don't worry about getting things wrong. Don't be afraid to take a break if the players take a left turn and you have no idea what's in that direction. Every time we run a game we get better at it. Take a deep breath if the stress is coming on and always remember that we're all here to have fun.