Hoard of the Dragon Queen Episode 7: The Hunting Lodge

This article continues our journey through the Hoard of the Dragon Queen adventure module for the 5th Edition of Dungeons and Dragons. This article covers Episode 7: The Hunting Lodge.

Keep in mind that these articles are packed with moist chewy spoilers so consult with your dentist before ingesting the rest of this article. 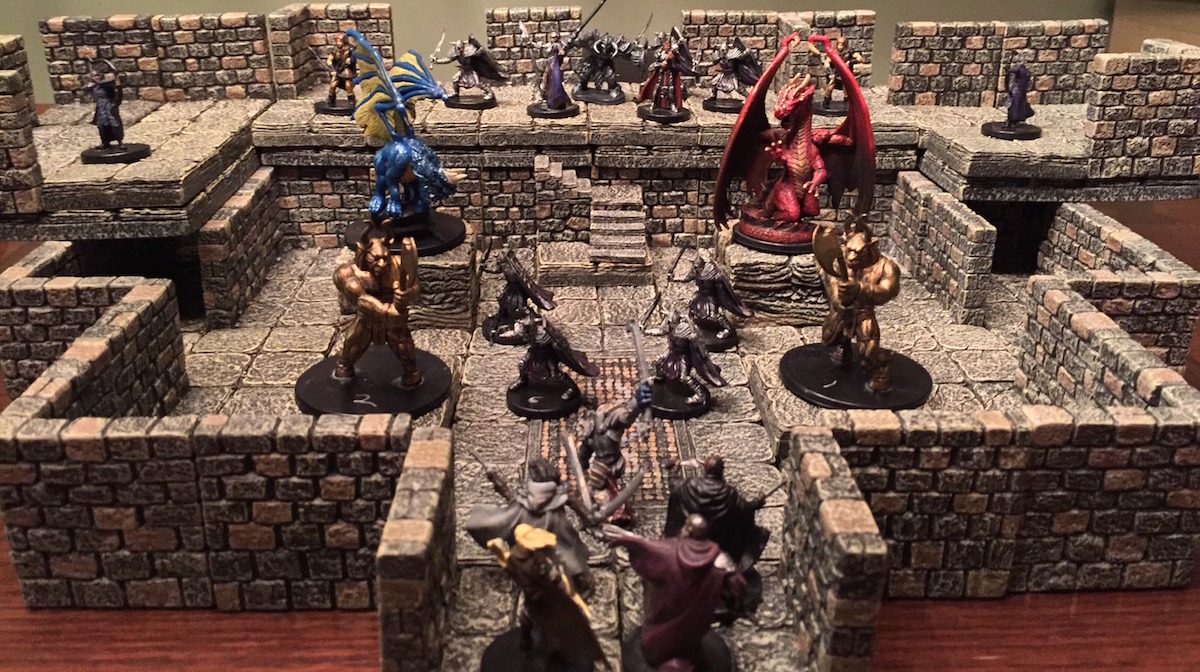 Like previous episodes, it's important that we outline the main beats of this episode so we know what the PCs must do in order to follow through with the rest of the adventure. Here are the main events you should keep in mind:

That's really it, and the lack of steps in this chapter is a telling sign of a problem we may want to address. In short, there's little reason the PCs must go into the hunting lodge at all. If they can figure out why they're going to Parnast, they can head straight there and never go near the lodge. If you want to give them a reason to go to the lodge, keep reading. We're going to add a reason to keep your PCs interested in the hunting lodge.

The Teleporter and the Legacy of the Dragon Cult

In our episode 6 writeup we talked about extending the chambers beneath Castle Naerytar to reveal an ancient Dragon Cult dig back before Severin's big "Rise of Tiamat" quest. This is a good chance for us to show the other side of that dig. In the mountains next to the hunting lodge is an ancient buried Dragon Cult ruin that includes the teleportation circle. The dig looks to be thousands of years old with lots of dracolich artwork, clear signs of sacrifice, and maybe a dracolich statue or two.

This is a good chance to give your players the feeling that the cult is old and vast. It didn't just pop up. The core of the cult is also not the rising of Tiamat but the formulation of dracolichs which is something the PCs might find interesting.

Legacy of the Hunting Lodge

Let's take a moment to fill out more of the lodge's history. This isn't canon, so feel free to twist it to suit your own story. The lodge is an elven construct, a resort of sorts for elven nobility for over a thousand years. It's also been a secret headquarters of the Cult of the Dragon for that time. The Erondale elven family owned and operated the lodge. They passed on their secret ties to the cult to their daughter Talis. When Severin began his campaign to rise Tiamat, Talis offered to use the hunting lodge as a path to hide the money the cult stole from the Sword Coast. The nearby village of Parnast, for example, was already well tied to the Erondale family and thus to the Cult of the Dragon. It was also far enough away to hide the path of the money.

In the cellars of the hunting lodge are chambers that speak to the family's alliance with the cult. Sacrifical chambers, secret libraries, and deep dungeons could all exist beneath the mountain retreat.

Talis had hoped to become the white dragonspeaker but a dwarven priest of the cult named Varrim received the title when he discovered the Draakhorn (see Rise of Tiamat for more about the Draakhorn.) Now the two of them hate eachother. Varrim has secretly convinced Talis's own guards to betray her and kill her once the final chests of the hoard pass through the hunting lodge. This is a betrayal that will shake Talis's loyalty to the Cult and add some interesting twists to the battle against her.

This all adds relevant history and flavor to the lodge that it seems to otherwise lack. It's also a fantastic place to reveal secrets.

Secrets of the Lodge

Speaking secrets, let's take a look at a few secrets the PCs might learn while navigating this chapter.

The PCs can learn of this from any interrogation of Talis's guards or by learning of the wyvern taming by investigations and nature checks. There should be good reason to not kill the wyverns and instead acquire this whistle.

If, for some reason, the PCs end up killing the wyverns, you might add that the Erondale family who owned the lodge also had a strange bell that summoned a spectral carriage that brought the elves from the lodge to Parnast and back. Talis also holds the small glyphed hammer required to summon the carriage.

The PC's and Talis

If you have any elves or nobles in your group, you might tie them to Talis and her family. The Hoard book includes a background that ties the PC to Talis as a childhood friend. Perhaps this PC has seen the lodge before and knows where it is. They might receive flashbacks of being lost in the secret cult chambers in the mountains or below the lodge.

You can also throw any of this out and simply make her another cult lieutenant if you wish. There's nothing wrong with that if the details and background don't seem to fit.

If she dies or allies with the PCs, the PCs may recover a letter from Rezmir to Talis that describes more about their mission in Parnast and Skyreach.

Though Talis has been betrayed by Varrim, this is seen as typical backstabbing (literally) in the Cult. A large evil organization like this has tons of betrayal going on in it all the time.

If the PCs take the wyverns to Parnast, you might have a member of the Cult blow another whistle and summon a handful of dragon wyrmlings to attack the wyverns on the way. This is a great time to have a fun aerial battle to shake up the typical two dimensional fights we're used to.

Again, our main purpose in episode 7 is to get the PCs to Parnast and prepare them for the final chapter of Hoard of the Dragon Queen. As always, twist your own story however you wish to make the game fun for you and your players.