This article continues our journey through the Hoard of the Dragon Queen adventure module for the 5th Edition of Dungeons and Dragons. This article covers Episode 6: Castle Naerytar.

As before, this article is filled with spoilers for Hoard of the Dragon Queen. If your delicate mind cannot handle such secrets, turn back or forever be tainted by this forbidden knowledge. 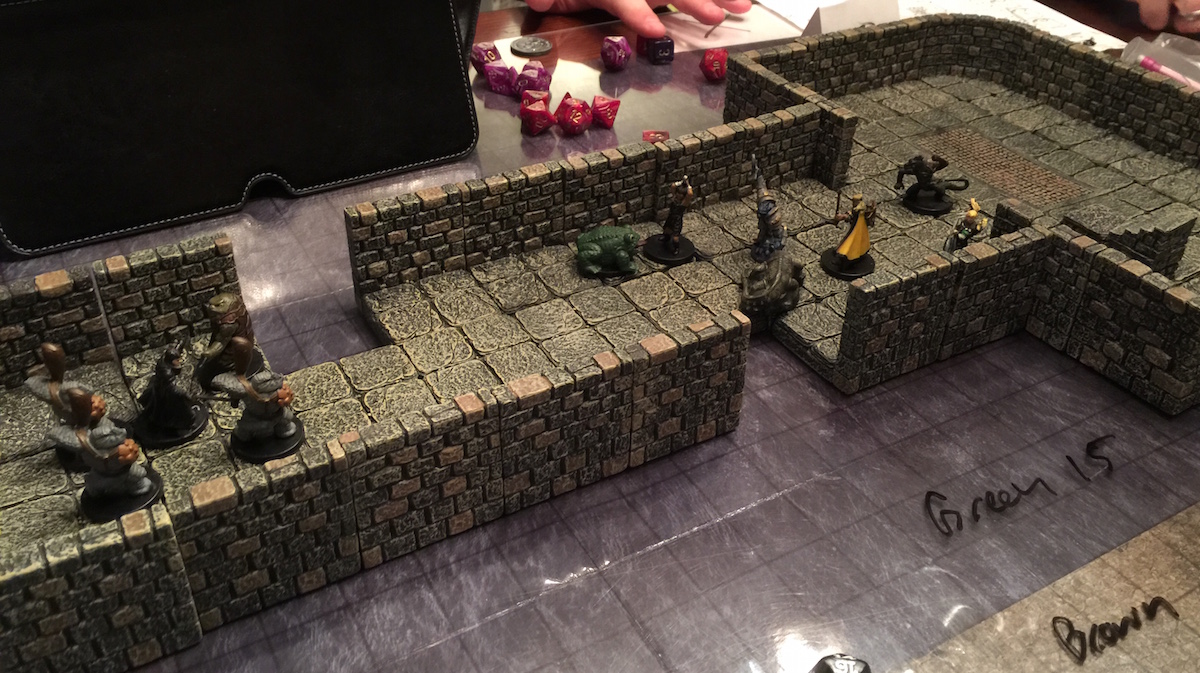 Like previous episodes, we should take some time to write down to the most important parts of this chapter. This ensures we tie all the threads together so the PCs stay on the right track to complete this epic adventure. Here are the main beats of this episode:

Of course, there are a lot of other things that can happen in this episode, but those are the main threads we should ensure take place.

Some Homework on the Mere of Dead Men

As we discussed in the previous article, Forgotten Realms creator, Ed Greenwood, wrote a fantastic history of the Mere of Dead Men in an article entitled Voaraghamanthar, the Black Death. Take the time to read this article and jot down a few ideas you might incorporate into your own running of episode 5.s with undead.

You likely don't want to take things too off track in the Mere. There's the potential for a whole short campaign in this swamp but your PCs have shit to do that's more important than digging through every sunken ruin left behind over the past 2,000 years. Still, there is a lot of interesting lore you might give out to your PCs.

As written, Voaraghamanthar has little interaction with the PCs but we can change that if it suits our game. Voaraghamanthar (and his secret brother) are quite calculating. When they see the PCs in the swamp, they start to get some ideas. Instead of being a threat to them, Voaraghamanthar can become their most dangerous quest NPC. You want to be careful with this. If you've played the rest of the adventure as is, the PCs already faced the overpowering force of Lennithon the blue dragon in Episode 1. Though Voaraghamanthar will certainly use his power as a threat to them, he really wants to use them to thwart the Cult of the Dragon, recover some powerful magic items, and get his swamp back without opposing the cult overtly.

Voaraghamanthar may have other things he wants the PCs to acquire for him. He wants Borngray and the cultists at Castle Naerytar out of the way. He wants to acquire a book held somewhere in the castle called the Dark Sermons of Strongor Bonebinder. He wants a ring held by Borngray, one of the five Rings of Myrkul. If the PCs agree to give him these things, he will aid them through Snapjaw in getting inside the castle and learning its secrets.

Snapjaw will also travel along with the party and remind them to give over the goods before they step through the portal in the caves below the castle and disappear forever.

Castle Naerytar and the Revolution of the Lizardfolk

As written, it's quite possible the PCs will end up fighting both lizardfolk and bullywugs but what fun is that? Instead, you might guide the PCs to lead, or encourage, a revolt of the lizardfolk against the bullywugs. This takes care of a few boring battles with the PCs on one side and an army of CR 1/4 guys on the other.

The revolution itself might go a few different ways depending on what the PCs choose. Snapjaw could lead it or offer suggestions himself. Most of the lizardfolk reside in the north-eastern tower so the PCs or lizardfolk might try to liberate them before attacking the rest of the bullywugs.

Overall Naerytar can be run as a nice sandbox with an ongoing struggle between lizardfolk, bullywugs, and dragon cultists. This should be quite a bit more fun than just a series of battles.

The castle itself has a lot of rooms. You might want to simplify it a bit so that your group doesn't spend four or six sessions going from room to room. Your results might vary but consider skipping the northwest deathtrap tower filled with spectres and an otyugh. You might fill out the center tower with Borngray's adornments and other secret clues. Again, keep the PC's eye on the goal of recovering Voaraghamanthar's artifacts, getting the portal key from Borngray, and getting down into the caverns below to chase the hoard.

Since the PCs have now hit level 5, you're going to see them increase quite a bit in power. You may want to up the power level of a couple of combats. For example, if the PCs decide to take a long rest somewhere, the cultists might set up an ambush for them in the central courtyard including guard drakes, dragonclaws, and maybe two dragonwings (reskinned from Frulam Mondath and Cyanwrath). You don't need a lot of big fights, but give them one or two nice hard battles to let them feel the power of the cult of the dragon.

Borngray himself is a bit of a pushover if he's the main target in a battle. Consider maxing out his hit points and giving him a couple of veteran guards and maybe a mage companion based on Azbara Jos or even Azbara himself if he's still around.

If you're looking for another interesting and challenging encounter, consider putting the black-dragon-skinned tome, the Dark Sermons of Strongor Bonebinder, on an altar to Tiamat in the south-eastern tower. When the PCs do anything to the book, it resurrects (in gory reverse dissection detail) the priest of the Dragon Cult, Strongor Bonebinder himself. Use the stat block for Talis the White, give him an 18 strength, and change his cold stuff to necrotic stuff. He can be accompanied by a spectre for each PC above 4 to make life interesting. Though fresh from death, Strongor is not very likely to listen to the PCs and instead wishes to make them his first new sacrifices to Myrkul before joining his cultist brethren.

The caverns are another area that doesn't get a lot of attention in the adventure. You might take some of the lore we read about in Greenwood's article and spread it out here. Maybe the caves aren't just caves but the excavation of an ancient Dragon Cult tomb beneath the castle, maybe even one of the potential tombs of Strongor Bonebinder himself. This may also be the tomb where Severin discovered the black dragon mask a year ago, the dragon mask now held by Rezmir. You can include all sorts of interesting information discovered from history checks on the walls including the original dragon cult plot to convert dragons into dracolichs and the potential whereabouts of the other four dragon masks before Severin discovered them.

You may not, however, want your PCs to spend a bunch of time dicking around with bullywug breeding grounds or rogue gray oozes though. Let them make a few perception, investigation, or nature checks to see the heavy tracks of dragon cultists lugging the last boxes of the hoard to the portal.

Once your party has traveled through the caverns they might face the final wave of bullywugs led by Pharblex Spattergoo. Again, if the PCs are pretty powerful consider maxing out their hit points so they don't fall dead at the very sight of the PCs. Pharblex might have stronger guards with 16 strengths and 16 constitutions giving them +5 to attack, +3 damage bonuses, and 22 hit points.

Instead of a strange cave filled with smoke, what if the portal was an ancient dragon cult artifact uncovered by Severn and Rezmir's excavation a year ago. The key to the portal can be a relic worn by Borngray such as a chilled royal amulet that casts Wind Wall (DC 15). The relic will be in the shape of the symbol of the elemental plane of air, a tiny little precursor for the next big campaign, Princes of the Apocalypse.

With that, the PCs step through the portal and into the next chapter!