Running mysteries in D&D is exceedingly difficult. Unlike great mystery stories, we have no idea how the characters will navigate the situation. On top of this, it's likely our players may uncover the root of the mystery well before we expected them to.

Some DMs likely map out all of the threads of a story when they sit down to prepare it. They'll start with a murder, for example, and map out all of the key components like a giant FBI crime board full of push pins and yarn. That approach may work for some but we're going to look at a different approach today: focusing on the situation and developing your clues. 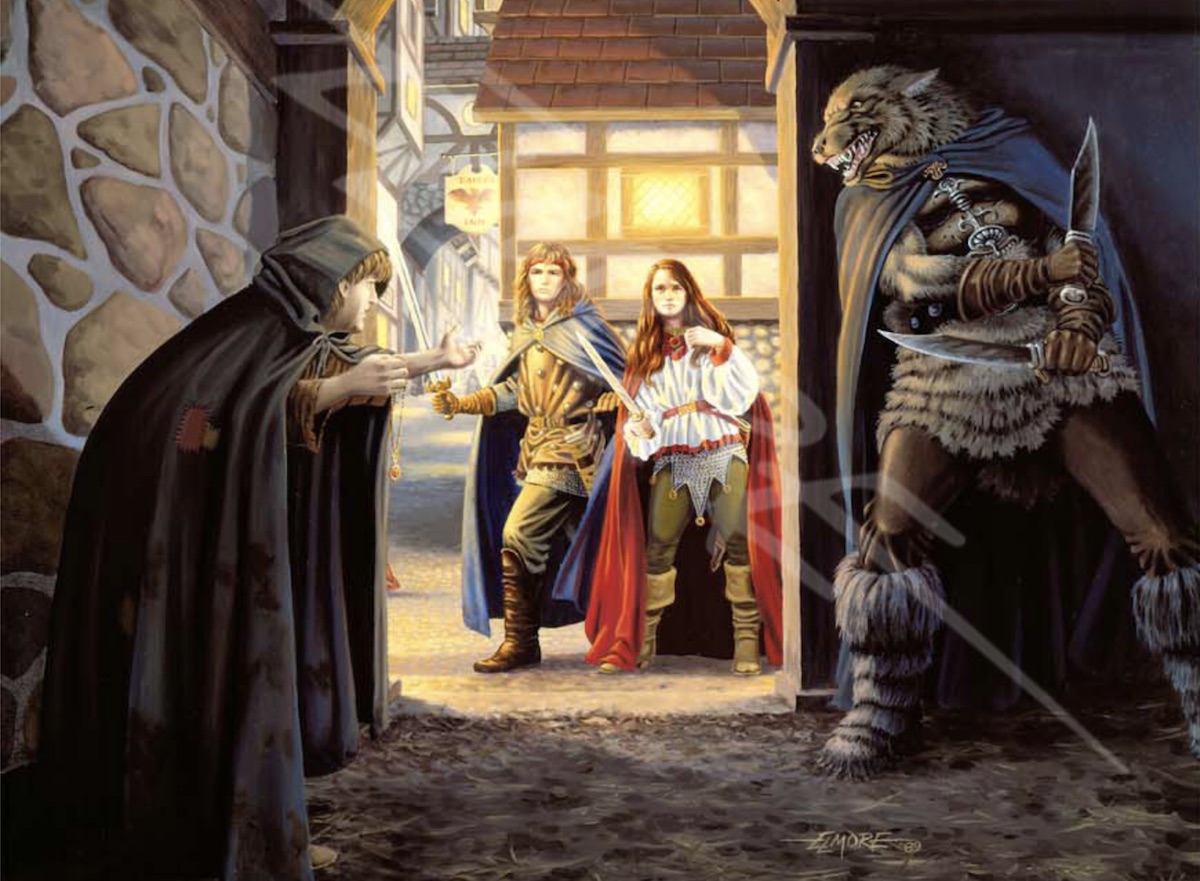 Focus on the Situation and Clues

Instead of trying to build out detailed plots and mysteries with the expectation that the players will go from step A to step B, we might instead focus on the situation. In a murder mystery, instead of worrying about how the characters will discover the murderer, we can focus on the situation of the murder itself. Where did it take place? Who was there? What does the crime scene look like?

Each of these questions can be filled out in our list of ten secrets and clues. Our lazy method of writing down a number of secrets and clues without worrying about how the characters will discover them is perfect for mysteries like this. No matter what path the characters take to investigate the murder, they can eventually uncover the clues they need to come up with the answer.

Some of these secrets offer only small clues while others tell us everything. For example, in the adventure Gloom in Fantastic Adventures (spoilers ahead!), we have the mystery of an elven assassin going after the nephew of the local lord for peeing in the local holy elven pool. Here are a few of the secrets for this mystery:

In this adventure, there's actually only one vital clue to move the adventure forward and that's where Gloom is hiding. The rest of it can build up interesting backstory for the assassin but it's not vital.

When running the game, we improvise how the characters end up learning each of these secrets. We don't need to know this ahead of time.

You might also add some red herrings if you don't mind the characters following a false trail. This can get frustrating if they go too far so better for them to see that some evidence is contradictory so they know something isn't right.

Justin Alexander at The Alexandrian recommends adding three clues for each major step in the mystery so the characters are sure to find it. If we're keeping our secrets flexible, we might not need three but having enough secrets to get to the end is vital.

Focusing your prep around ten secrets and clues the characters may discover works well for any D&D game but it works particularly well for mysteries.

Assume They'll Figure It Out Early

We can also make the assumption that the players will figure out the mystery early. They might only have one clue but they might jump to the right conclusion right away. They might use speak with dead, commune, zone of truth, or detect thoughts to find out answers we hadn't expected them to ask. What will we do if that happens? How can the game go on if the characters figure out the big reveal with a single spell? That's probably worth preparing for before it happens. A mystery can turn into a manhunt instead of an investigation.

Many great movies tell us up front who the villain is but still end up as great stories. No Country for Old Men fits this idea well. We have a cop, a opportunist, and an assassin all trying to piece together a drug deal gone wrong. We know who they all are. We know what the situation was, but unraveling the story is still a great deal of fun. The characters might cast speak with dead on the nearly decapitated guard only to find out that it was a huge and amazingly dexterous half-orc he had picked up earlier as a suspect in another crime.

Instead of planning plot twists ahead of time, we might simply ignore them until the twist comes up on its own. This is more of a Stephen King's On Writing style of DMing. We just start the story and see where it leads. Sometimes it leads into a plot twist. Sometimes it just moves forward to its inevitable end. Sometimes the plot twists surprise us just as much as the other players. That's a pure joy when it happens and it's a sure fire way the players won't figure it out early. Hell, even we didn't know what was going to happen.

All of this leads to the conclusion that we might be best letting go of our bigger ideas for plots and mysteries. Instead, we let the story play out based on the initial situation, the characters, their actions, and the reactions of the world. Like everything else in these evolving games, the mysteries and plot-twists become organic. They happen when they happen.

We might even let go of the idea that we're running a mystery at all. Why define the type of adventure we're running? Why not just let the story play out how it plays out without trying to model it after a detective novel? Maybe it ends up as a mystery but we don't need to necessarily start it there.

Thinking Through the Eyes of the Villain

The plot of my Curse of Strahd game definitely twisted but not in a direction anyone would have guessed.

Strahd is, of course, one of the best villains whose eyes we might see through.

When we think about a mystery in D&D we might compare it to great mysteries in fiction. There's a big difference, though, and that's the players. Unlike the great detectives, our players won't follow the plot of the book. They won't find the right clue at just the right time. We don't know what they'll do and that's a great deal of fun. We can't map out our mysteries as though we're going to write a novel. We have to start with the situation at the center of the mystery and then scatter clues in circles all around it. The characters can pick up these clues and, when they have enough, the mystery reveals itself.

This means we must trust our ability to improvise the story as it unfolds at the table. It means leaving blanks in our game. It means that the story isn't a static map but continually evolves as the world reacts to the players.

The best mysteries are the ones that surprise even us.